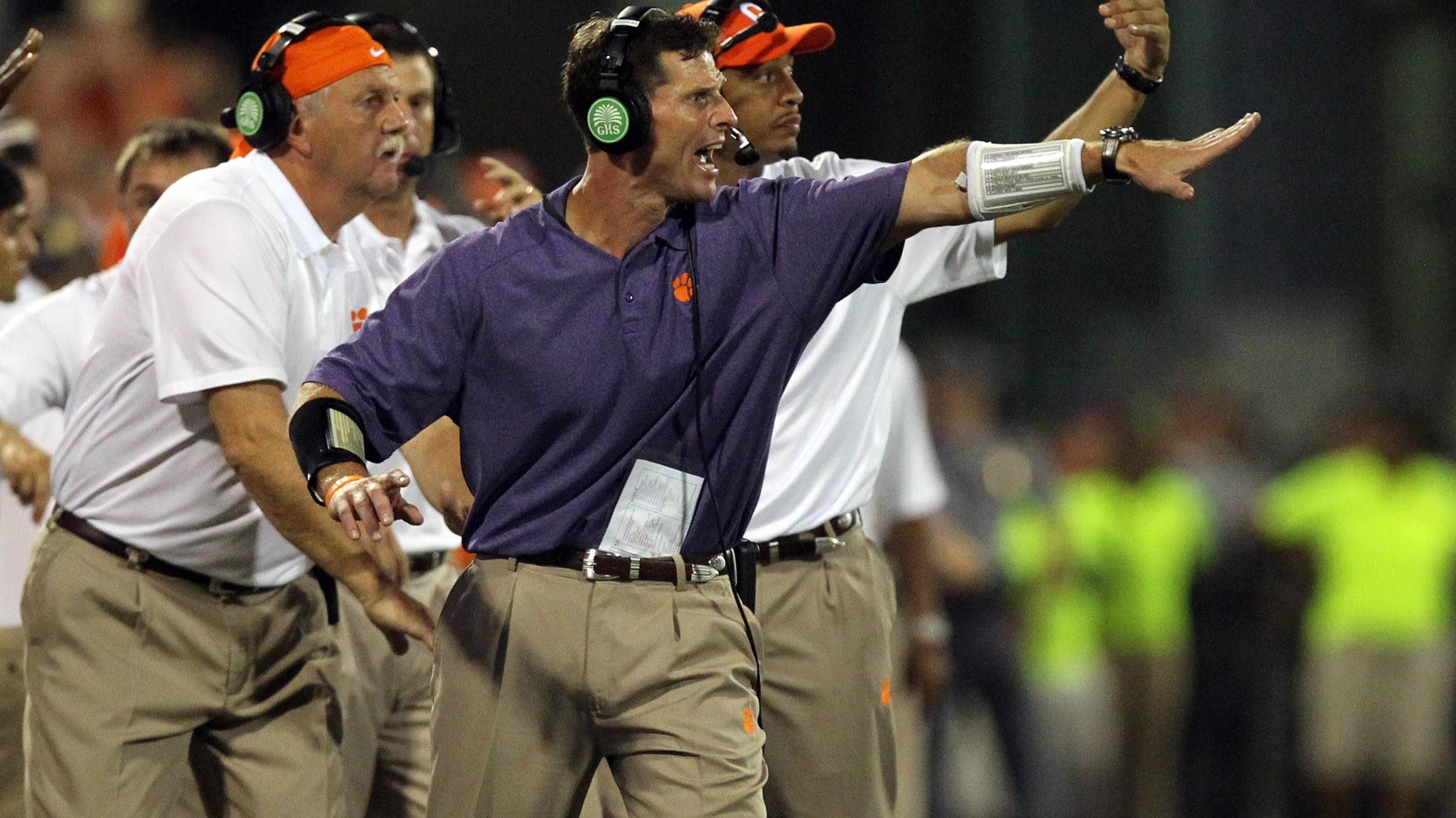 CLEMSON, SC – The Clemson football team had its fourth day of practice in preparation for the 2014 Discover Orange Bowl game against Ohio State on January 3. The Tigers worked for just over two hours on the outdoor practice fields behind the Jervey Athletic Center. It was perfect weather for the workout that included the most contact of the pre-bowl practices so far.

The Buckeyes are third in the nation in rushing, averaging 317 yards per game, a big reason Urban Meyer’s team is scoring over 46 points per contest. It will be a challenge for the Clemson defense as lead Ohio State running back Carlos Hyde averages 140 yards a game rushing, sixth in the nation, and quarterback Brazton Miller is 33rd with 93.9 yards per game, fourth among quarterbacks nationally. Hyde averages 7.7 yards per carry and Miller is at 6.75.

“Ohio State attacks the edge and has power in the middle. They are good at everything. Hyde is a back who can break tackles, he just runs through people. Miller is like a running back, but he is an outstanding passer also.

“This will be our greatest challenge physically this year. It will take great technique and toughness on our part to defend them. We will have to get a lot of hats to the ball.”

Clemson has had some good numbers on defense as well this year, including a number-one national ranking in tackles for loss with 9.4 per game. Clemson is also second nationally in three-and-outs per game with 6.2.

Clemson Discover Orange Bowl Ticket InformationThe Clemson Athletic Ticket Office is currently selling tickets to the 2014 Discover Orange Bowl. Ticket prices range from $50 to $225, with a limited number of $50 tickets made available by the department in an effort to provide an economical option for fans wanting to support the Tigers against Ohio State.

The athletic department will provide a complimentary parking pass ($20 value) to any ticket order of four or more. Fans purchasing a minimum of four tickets will also receive two complimentary passes ($40 value) to the One Clemson Tailgate on game day in Miami. All ticket orders processed through the athletic department will have all processing or shipping costs waived.