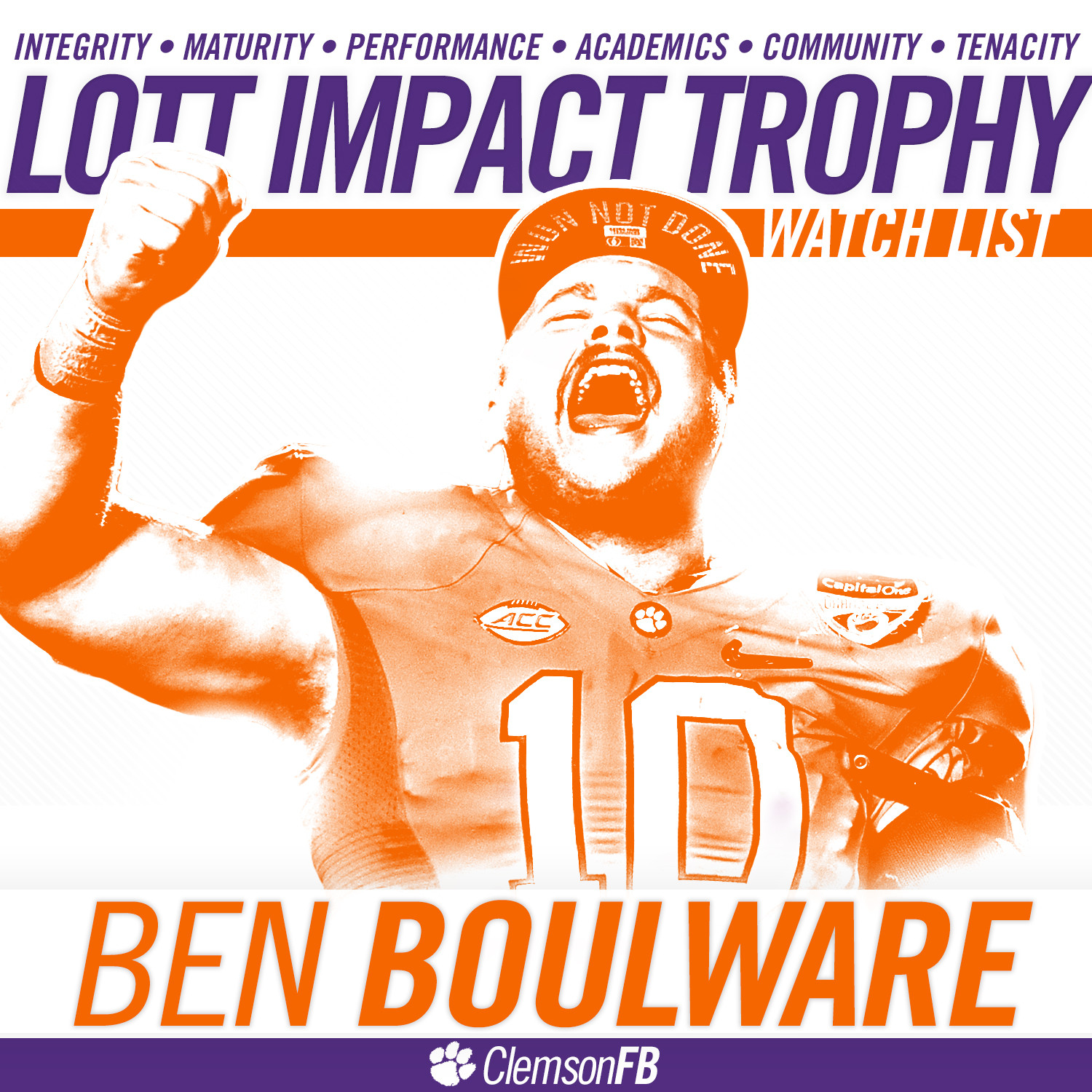 CLEMSON, S.C. – Clemson senior linebacker Ben Boulware has been selected to the preseason Lott Impact Trophy Watch List.   The award goes to the student-athlete who exhibits the characteristics displayed by former All-Pro defensive back Ronnie Lott during his college and professional careers.   IMPACT stands for Integrity, Maturity, Performance, Academics, Community and Tenacity.

There are 42 nominated players represent 33 different universities throughout the country. The winner, announced in December at a gala black-tie dinner, will receive $25,000 for his school’s general scholarship fund while each of three runner-ups will receive $5,000 each for their schools. A National Voter Panel of more than 300 former college coaches, players and members of the media, vote on the award.

Boulware was a first-team All-ACC player in 2015 according to the ACC Coaches and was also named to the Academic All-ACC team.  He was an honorable mention All-American by Sports Illustrated and was named the Defensive MVP of the Capital One Orange Bowl victory over Oklahoma.

The native of Anderson, S.C. had 138 tackles in starting all 15 games last year, second on the team.  He also led the team in quarterback pressures and had seven passes deflected in addition to two interceptions and three caused fumbles.  He has had an interception in each of the last two bowl games and has 221 career tackles.