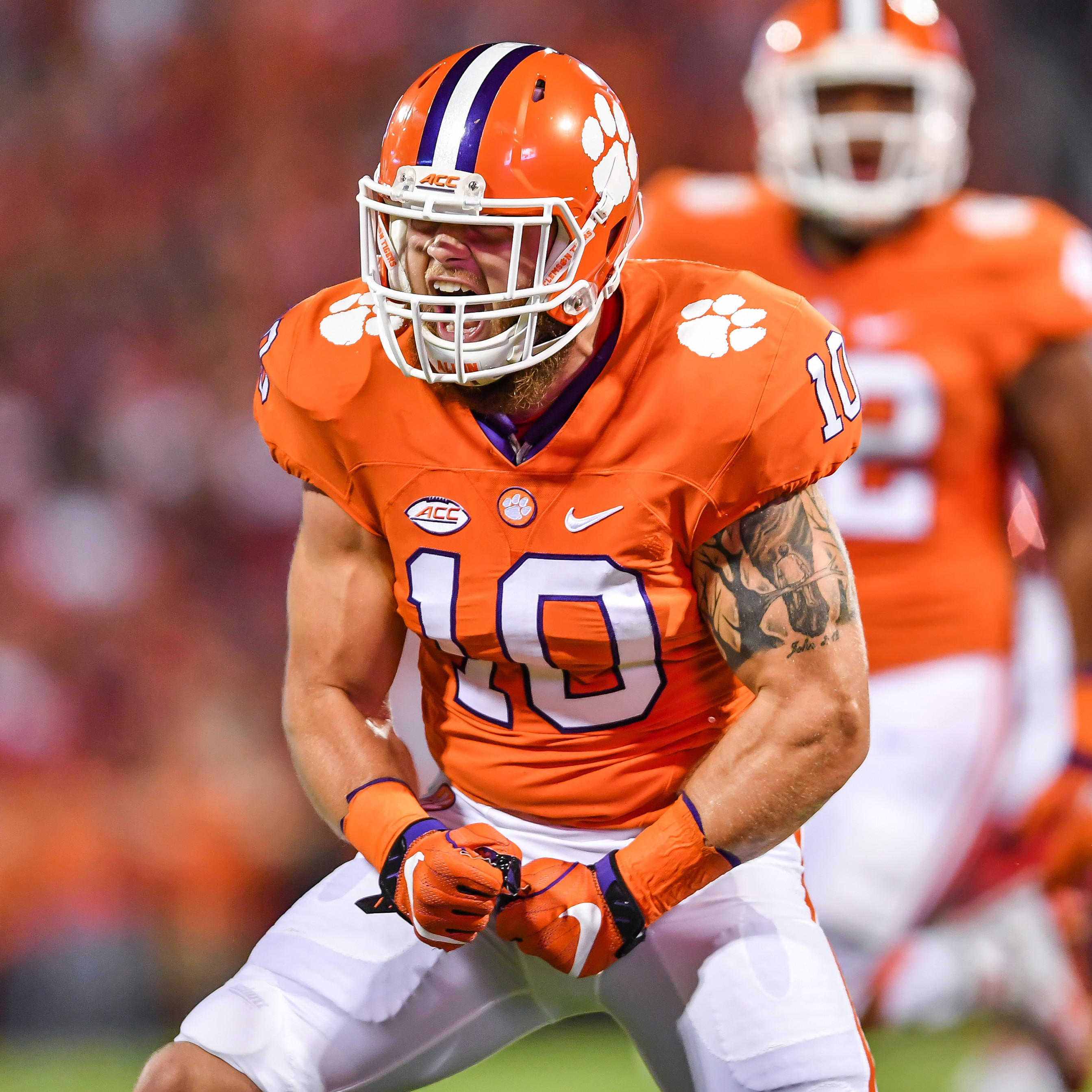 Boulware Named National Player of the Week by Two Services

Clemson, S.C.—Clemson senior linebacker Ben Boulware was named National Defensive Player of the Week by the Football Writers Association of America/Bronko Nagurski Award, and was also selected as the Lott IMPACT Foundation Player of the Week.   It was the first national player of the week honor for Boulware and first for any Clemson defensive player since Vic Beasley was so honored by the Bednarik Award for is efforts against NC State in 2013.

Boulware led the Clemson defense with 18 tackles, including three tackles for loss, a fumble recovery and a pass deflection.    The tackle total was a career high for the native of Anderson, S.C. who played 95 of the 99 official plays from scrimmage by the Louisville offense.  He was a big reason Clemson defeated the third ranked Louisville Cardinals 42-36 on Saturday evening.

The Football Writers of America select the winner of the Bronko Nagurski Award each year.  Clemson’s Da’ Quan Bowers won the national award in 2010.  Boulware was on the Watch List for that award before the season started.

In recognition of Boulware’s performance, the Pacific Club IMPACT Foundation, sponsors of the Lott IMPACT Trophy, will make a $1,000 donation to the general scholarship fund at Clemson.  Boulware was also on the Watch List for the Lott Award in the preseason.  The Lott Award is named after former NFL great Ronnie Lott.