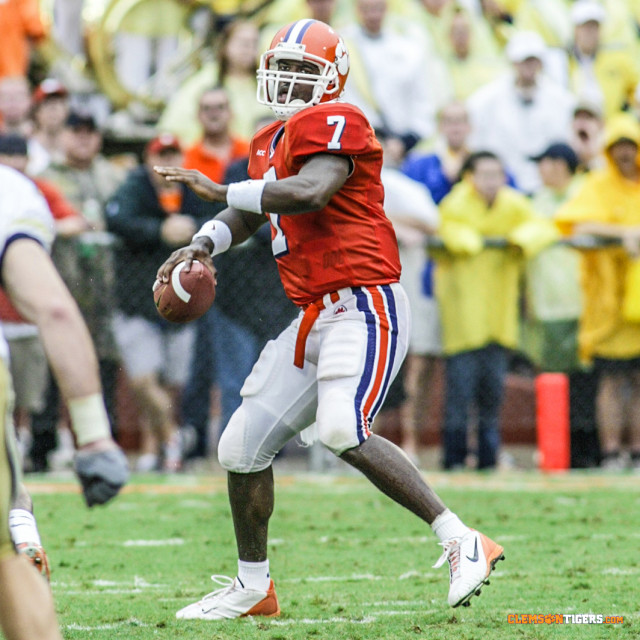 Willie Simmons has loved the game of football all of his life, and it has played an important role in his life. His passion for the sport has carried him into the coaching ranks, and he has been very successful during his career.

It first started when he was an All-America quarterback (No. 10 quarterback nationally) at James A. Shanks High School in Quincy, Fla.

He led the Shanks Tigers to their first district championship in 22 years and was named Big Bend Offensive Player-of-the-Year after passing for 2,505 yards and 32 touchdowns as a senior. He received over 25 scholarship offers, and after narrowing his college choices to Clemson, Florida State, Georgia Tech, Miami (Fla.) and Syracuse, he signed with Clemson to play for former head coach Tommy Bowden.

Simmons played football for the Tigers from 2000-02, and he earned his degree in marketing from Clemson in the spring of 2002. For his fourth year of eligibility, he enrolled at The Citadel, where he earned First-Team All-Southern Conference honors. That year, the Bulldogs defeated perennial powers Furman, Appalachian State and Georgia Southern in the same season.

He later played one year in the United Indoor Football League for the Sioux City Bandits.

Simmons began his coaching career at Lincoln High School in Tallahassee, Fla., in 2005, when he coached the quarterbacks and was also the passing-game coordinator. After one season, he returned to Clemson as a graduate assistant coach, working with the quarterbacks.

In the summer of 2012, Simmons accepted an assistant coaching job at Alcorn State. In his first year there, the Braves recorded wins over the defending SWAC champions, Grambling State, and top-ranked Alabama A&M. The 2013 season saw the Braves finish 9-3 overall and 7-3 in the SWAC, and they ranked No. 5 in the final HBCU football poll for their highest finish ever.

In 2014, the Braves won the SWAC championship over Southern and were named the HBCU national champions.

On Dec. 16, 2014, Simmons was named head coach at Prairie View A&M. In his inaugural season in 2015, Prairie View A&M finished with a 9-2 record overall and 8-1 in conference play. It also finished third in the HBCU football poll.

“I’m home,” said Simmons during the press conference announcing his appointment as head coach at the Tallahassee school. “I’m honored, privileged and blessed to be here. And you will get my very best. We are going to get right to work at winning championships and making sure our student-athletes are champions, academically and off the field.”

Simmons is married to the former Shaia Rene Beckwith (also a Quincy native), who is a two-time graduate of Florida A&M. They have four children, two daughters, Raven and Shailoh, and two sons, Louis III and Wraylon.

As he continues to work with young people, Simmons will always be a success on and off the field.