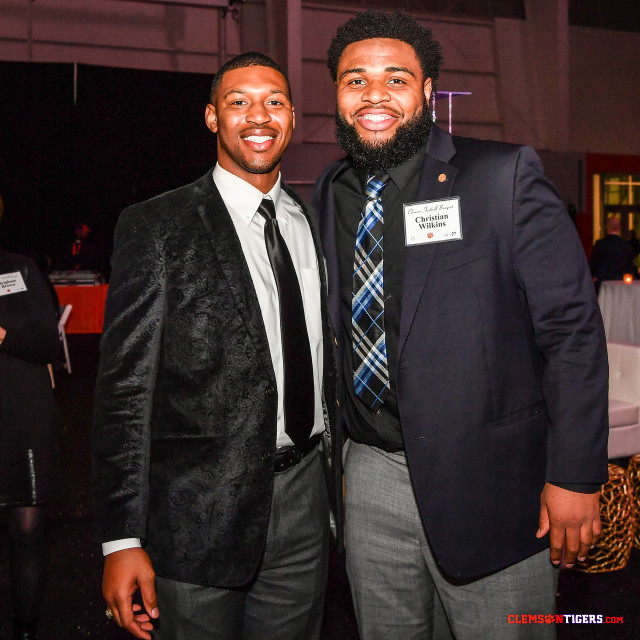 Travis Blanks is a good example of working hard and making the most of opportunities that come his way.

“‘Bloom where you are planted’ is the phrase that accurately describes my life,” said Blanks.

“As a young, compassionately-driven man in today’s society, I believe I have a great calling on my life to be a generational difference maker, not only for my family, but for this world. I believe that if you truly love others and treat others well, you will make this world a better place.

Blanks joined the IPTAY staff in March 2017 and serves as the assistant director of Block C Club. He primarily engages and connects current and former student-athletes of Clemson University through athletics, academics, IPTAY and Block C Club. Prior to joining the IPTAY staff, he served as a loan officer for a nearby bank.

The Tallahassee, Fla., native graduated from Clemson University in December of 2015 and earned a bachelor’s degree in Sociology.

During his time at Clemson, he played safety under head coach Dabo Swinney. He was named a permanent team co-captain of the 2015 football team that defeated Oklahoma in the Orange Bowl and played Alabama for the national championship.

Blanks was Clemson’s top freshman performer in 2012 and was a starter at both safety (2013) and linebacker (2015) during his career. He had 129 tackles, five tackles for loss, one interception, five quarterback pressures and 11 pass breakups in 1,543 snaps over 39 career games. He made a remarkable comeback from two torn ACL injuries to be a starter on the No. 1 team in the nation in 2015.

“I chose Clemson because of the culture, the people and the program. I felt then and still to this day that the program is on an upward swing. As coach Swinney says, ‘The best is yet to come’.”

Blanks had the unique and memorable opportunity of proposing to his girlfriend at Clemson’s football banquet in the spring of 2016.

He currently resides in Pendleton, S.C., with his wife, Chandler, who he married in June 2016. She is originally from Charlotte, N.C., and is currently a wealth advisor assistant in Greenville, S.C. He enjoys spending his time being with his wife and hunting.

“My outlook and philosophy is that I want to progress and make the most of all opportunities that come around in life. My work at Block C Club is no exception. I want it to be the best that it has ever been. I want to build relationships that have never been built. I want it to be something that every Clemson athlete should be happy about and proud of after they graduate. We encourage all former athletes to join Block C Club. It’s a great way for former Clemson athletes to stay in touch with former teammates and keep up with what’s going on in Tigertown.

“I am so glad to be back at Clemson. We have a lot of positive things going on at our school. I look forward to an exciting future here.

“I love being back home, my Clemson home.”