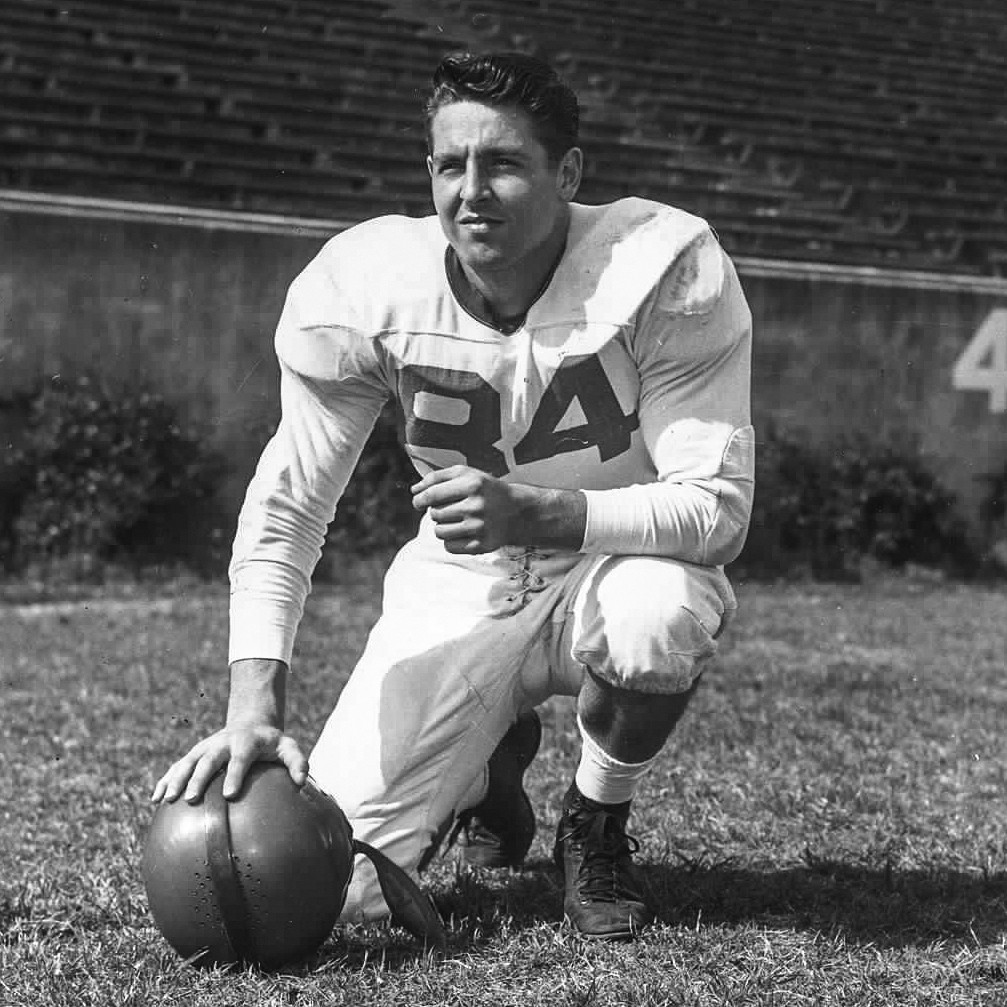 Glenn Smith was a talented end that was far ahead of his time on the Clemson football teams in the early 1950s.

During these days, Clemson ran the single-wing offense, and it was a run-oriented set with very little passing. However, Smith is still listed in the Clemson annals as one of the school’s best.

During Smith’s career, Clemson defeated Miami (Fla.) in the 1951 Orange Bowl and lost to the Hurricanes in the 1952 Gator Bowl. In both games, Smith was the game’s leading receiver. In the 1951 Orange Bowl, Clemson defeated Miami 15-14. Smith scored the second touchdown on a 21-yard pass from Billy Hair. Smith had six receptions for 93 yards and a touchdown.

In the 1952 Gator Bowl, Smith had four receptions for 55 yards in his last game of his Tiger career.

In the 1951 Orange Bowl, Smith almost did not play, as head coach Frank Howard was demonstrating discipline.

“I got mixed up in behind-the-scenes politics only once in my life,” said Howard. “The waiting for the results was a bit nerve-wracking.”

A few days before the 1951 Orange Bowl, Don Wade, Smith and Fred Cone missed curfew. Howard was there waiting on the trio and gave them a verbal tongue-lashing that would not soon be forgotten.

“I’m sending you back to Clemson…tomorrow,” announced Howard.

Then he turned to assistant coach Walter Cox and told him to pick up three bus tickets back to Clemson.

The guilty trio begged, pleaded and promised that it would never happen again.

At first, Howard would not listen, then he agreed to put it to a vote among the players, and their decision would be final. After they had seen Cox leave for the bus station, and after the players headed to the rooms, Howard told assistant coach Bob Jones about the happenings.

Howard told Jones, make sure, make double sure that the team votes the right way. The vote took place and the results were unanimous. The vote went against Howard, and the players were allowed to stay and play in the bowl.

Although he made a point, Howard was never happier about losing a vote. Years later, he would explain, that is a good example of discipline.

It is interesting to note that Smith held the Clemson career record for receiving touchdowns (18) until 2005. It was one of the oldest Tiger records. He is still sixth in that category.

After his college days, the Washington, D.C., native traveled west and enjoyed a successful career.

“He started a business called Truswal Systems West and later started another called CompuTrus,” said his daughter, Judy Clifford. “He was an entrepreneur and a civil engineer. He married our mother, Kathy, and they were married for 49 years before her death in 2007.

“I am so thankful that dad got to see Clemson win its second national championship before he passed away…it made him very happy. He had two daughters, Lisa and me. He taught us a lot about football, and he also encouraged his family to pull for Clemson.

“Our dad was a very humble man. He believed in teamwork, and what he learned from football and the workings of a team, he applied to his businesses. He was very fond of his position coach, Bob Jones. The 1950 team was his favorite, as that team was unbeaten and won the 1951 Orange Bowl over Miami.”

Smith was also a two-time All-Southern Conference selection during his career. He passed away on April 20 in Villa Park, Calif., at the age of 86.