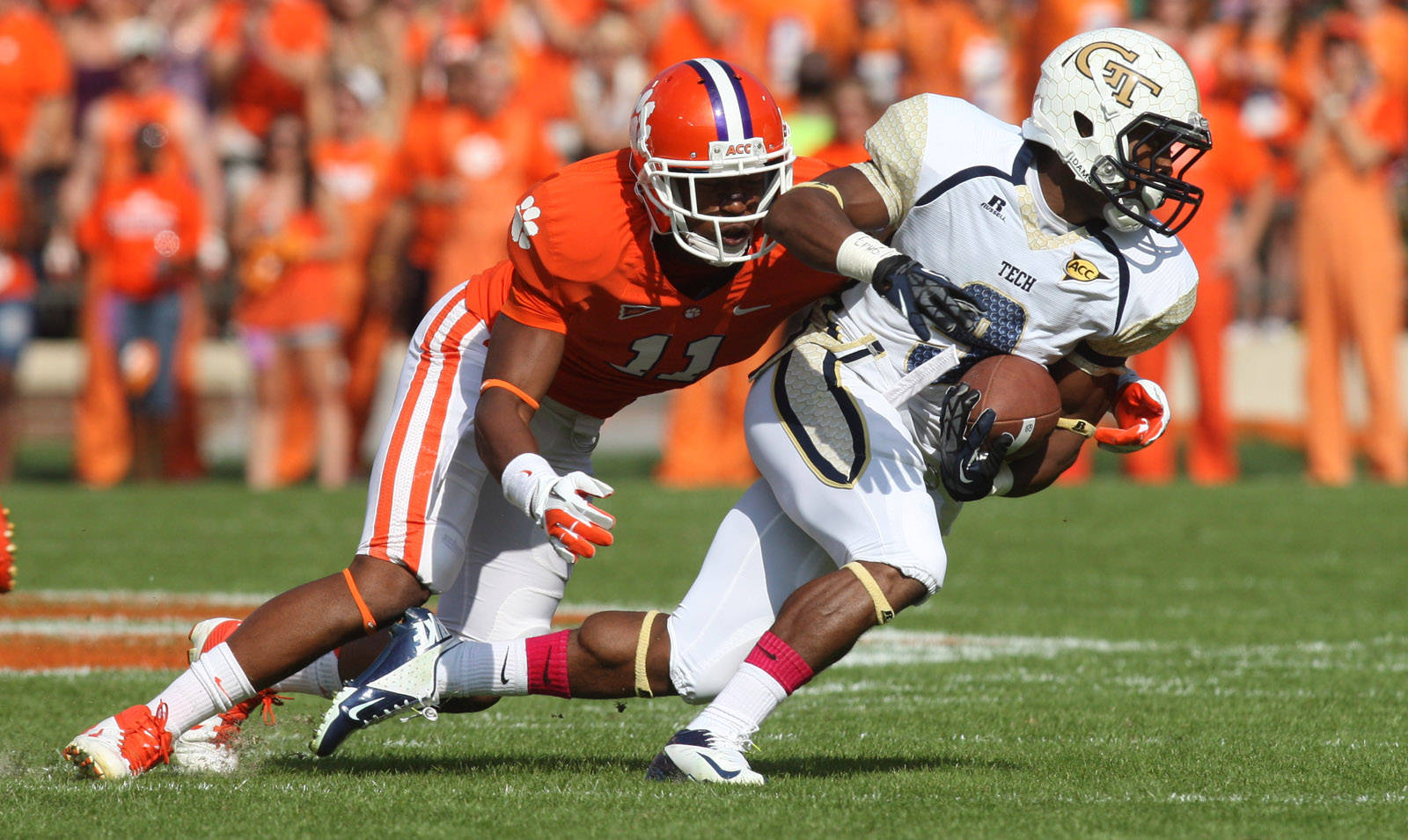 CLEMSON, SC – Clemson defender Travis Blanks has been named a second-team Freshman All-American by Scout.com and Fox Sports.  The native of Tallahassee, FL helped the Tigers to a 10-2 regular season record and a #13 ranking in the final USA Today regular season poll.

Blanks is sixth on the Clemson team in tackles with 51, including 40 first hits.  He has two tackles for loss from his safety/linebacker position and has added six passes broken up.  He started eight of the 12 games this year and played 547 defensive snaps. The native of Tallahassee, FL had eight tackles at Florida State for his season high.

Blanks was one of three ACC players to make the Freshman All-America teams.  Eddie Johnson, a linebacker from Miami (FL), was named first team, while Blanks was joined on the second team in the secondary by Deon Bush of Miami (FL).