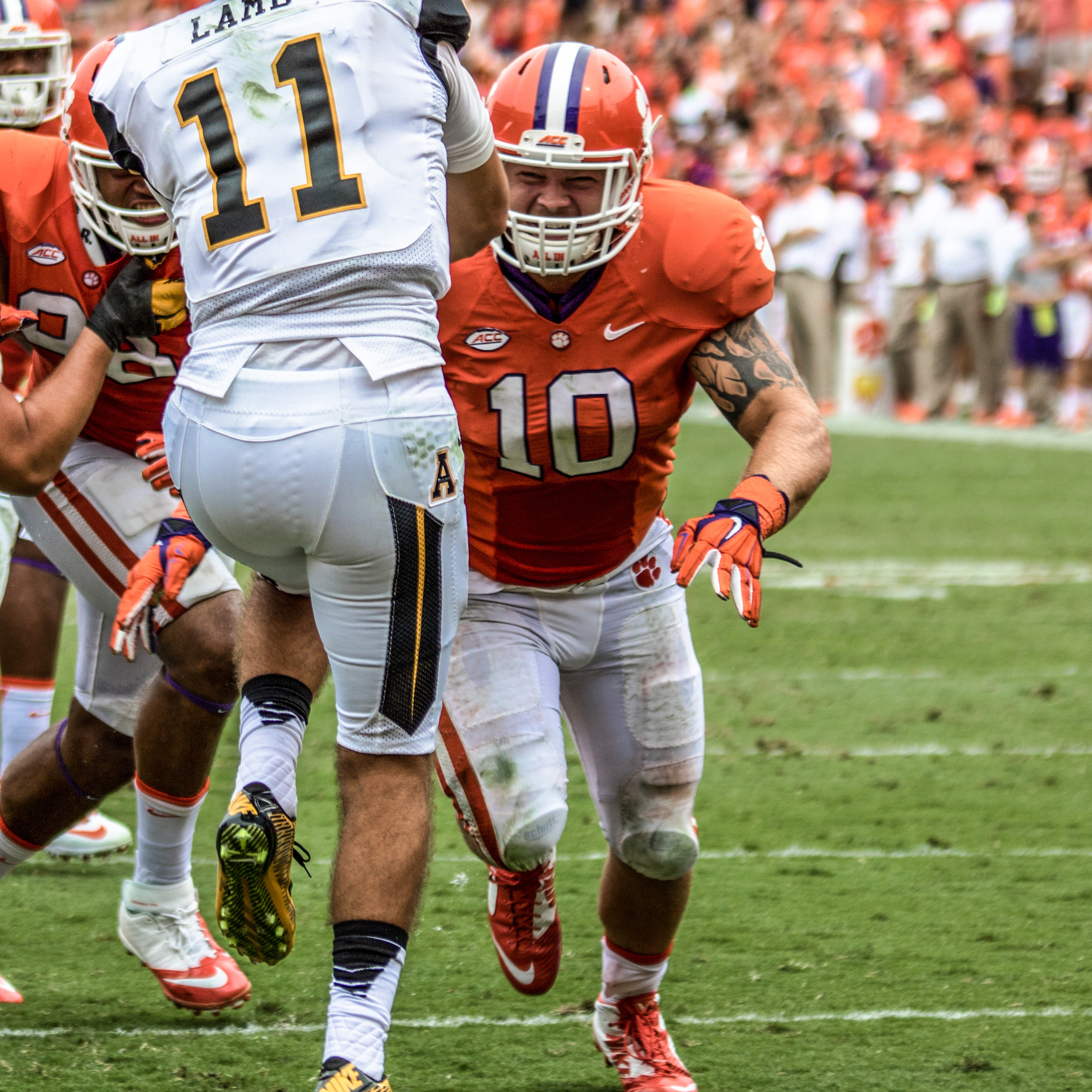 One year after leading the nation in a number of defensive categories, the Tigers are at it again. Clemson is currently 10th in total defense, and fourth in tackles for loss. One of the key members of the defense is junior linebacker Ben Boulware.

He is second on the team with 58 tackles and leads the team with 13 quarterback pressures. Boulware credits the number of pressures to defensive coordinator Brent Venables.

It is no surprise that Venables chooses to blitz Boulware, who describes his own style of play as reckless.

“I know a football career is short, so I am trying to make the most out of the time I have,” he said. “Whatever I have to do on the field, I am willing to do, such as throwing my body at anybody or diving on top of piles which some people would call reckless.

“I go out give 100 percent on every play and try to be a physical, aggressive old-school type linebacker.”

His coaches choose to describe his style of play as violent, as opposed to reckless. Boulware says that he formed the aggression from his childhood.

“I grew up with two brothers, one older and one younger, so we were crazy, immature boys. That was a pretty physical environment to grow up in, which translates to how I play football now. I also grew up racing Motocross, which is a pretty violent sport.”

No matter how prepared he was for the violent and aggressive nature of college football, Boulware has played almost every snap during the 2015 season.

“It’s tough on the body physically playing every snap and only having five days to recover for the next game,” he said.

“But I think our coaching staff does a good job of allowing our bodies to heal and rejuvenate. They give us the proper resources to make sure of this.”

“Mentally, you have to prepare more when you know that you are going to be in the game for every snap,” said Boulware, a first-year starter. “Luckily, I have improved mentally and gained a lot of knowledge about football under Coach Venables.

“Coach has instilled in us the values and knowledge that we need each week to be a great defense, and he reminds us of these lessons on a daily basis.”