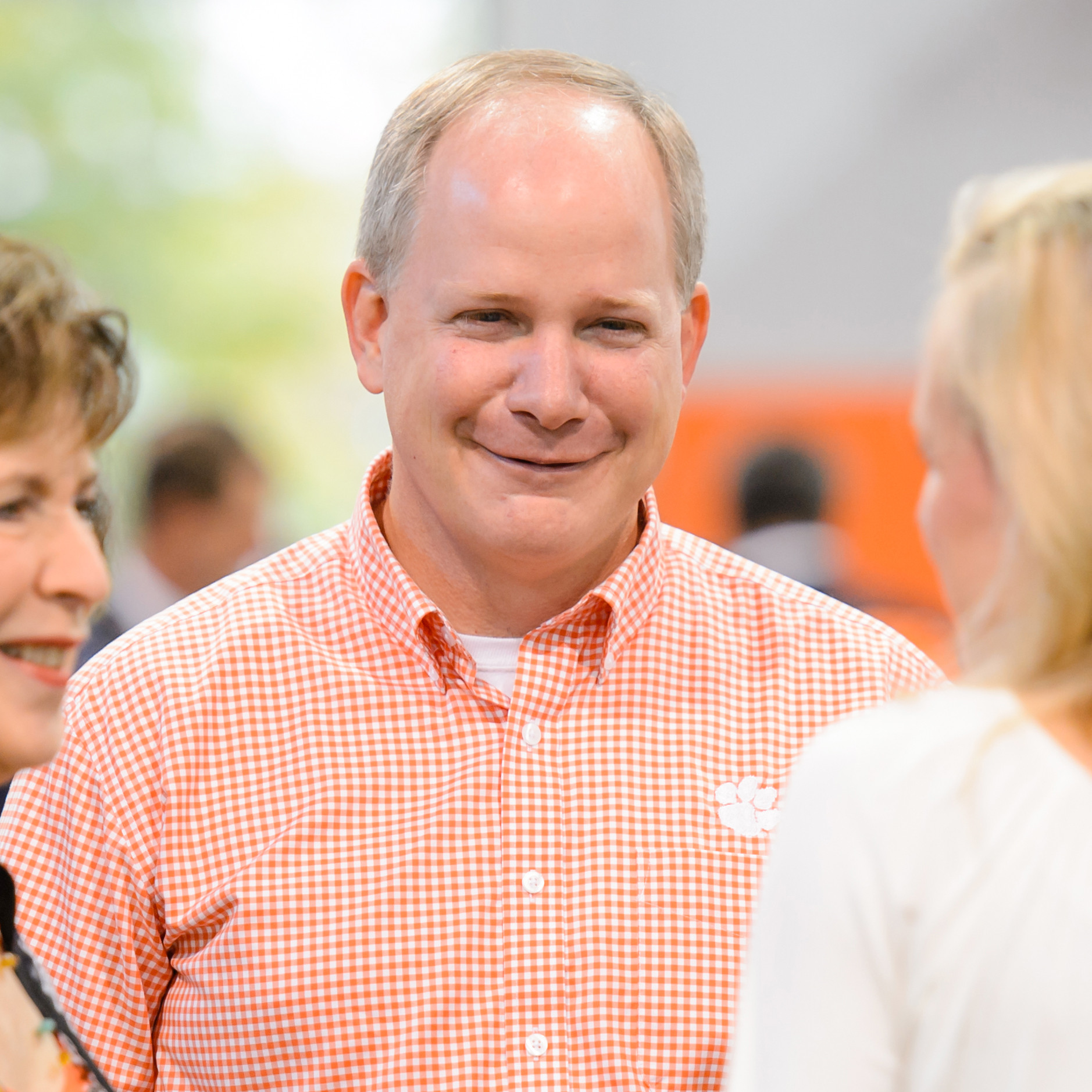 Behind the Scenes – Turnipseed

Thad Turnipseed distinctly remembers the conversation he had with his wife, Melissa, upon leaving Clemson following a job interview with head coach Dabo Swinney in 2013. “I was driving to an event in Atlanta, and the first thing out of her mouth was, ‘We’re going to Clemson, aren’t we?’ All I could say was, ‘Honey, all I can tell you is it feels real here.’ Sometimes, your first impression is not the right one. In this case, it was 100 percent the right impression.”

Turnipseed left behind a job with the top program in all of college football, Alabama, the same school that just so happened to be his alma mater. But the pull of Swinney, a former teammate when the two played for the Crimson Tide, ended up being the difference.

Swinney brought his old friend on board, first as the director of high school relations. But Turnipseed quickly assumed a different role with the Clemson staff.

“Dabo wanted me to come in and make us better,” explained Turnipseed. “Jeff Scott was our recruiting coordinator at the time and did a great job. But we needed more of a machine in place, with what we were competing against. The first thing we did was upgrade the recruiting center and players lounge.”

Turnipseed was now the head of Clemson football’s recruiting department and external affairs. A man who had worn many different hats at Alabama suddenly tried on another one, and the fit turned out to be just right.

He hired Jordan Sorrells to coordinate the “war room” efforts, and in three recruiting cycles with the two on staff, Clemson has been no worse than No. 12 nationally in ESPN’s recruiting rankings.

Turnipseed’s focus changed yet again when it was announced the Tigers would be adding a brand-new operations complex, slated to be completed in late January 2017. As a former construction company owner, he was a natural choice to help spearhead the intricacies of the complex that Swinney said will be the “forever home of the Tigers.”

Turnipseed said the new operations complex has been a team effort.

“Nothing would’ve started without the vision of Dan Radakovich and the support of president (Jim) Clements,” said Turnipseed. “They bought into Dabo’s vision. We’re building this facility for our players and for their quality of life. There is no doubt in my mind that this will be the best college football facility in the country.”

The $55 million facility will house all operational areas of the program and will include player amenities, such as an outdoor pavilion, movie theater, bowling alley, basketball court, whiffle ball field and miniature golf area.

But beyond entertaining the players and ensuring they have a fun experience, Turnipseed takes the most pride in the fact that the player development area will be an elite, one-of-a-kind experience unmatched across the landscape of college football.

“The Paw Journey area with Jeff Davis and his staff will pay more dividends than anything we’ve ever done at Clemson,” said Turnipseed. “We’re building better people, and it starts when you walk in the front door where coach Swinney wanted it.”

Swinney convinced Turnipseed he had exhausted his time at Alabama, and that a move to Clemson would grow his career unlike any of his previous jobs.

Now in his fourth year on the job, Turnipseed said everything Swinney told him has proven to be true.

“He told me that I had to leave Alabama to grow,” admitted Turnipseed, who said his goal has always been to become a college athletic director. “I don’t have any regrets coming here. It’s my favorite job I’ve ever had.

“It doesn’t get any better than working for coach Swinney.”