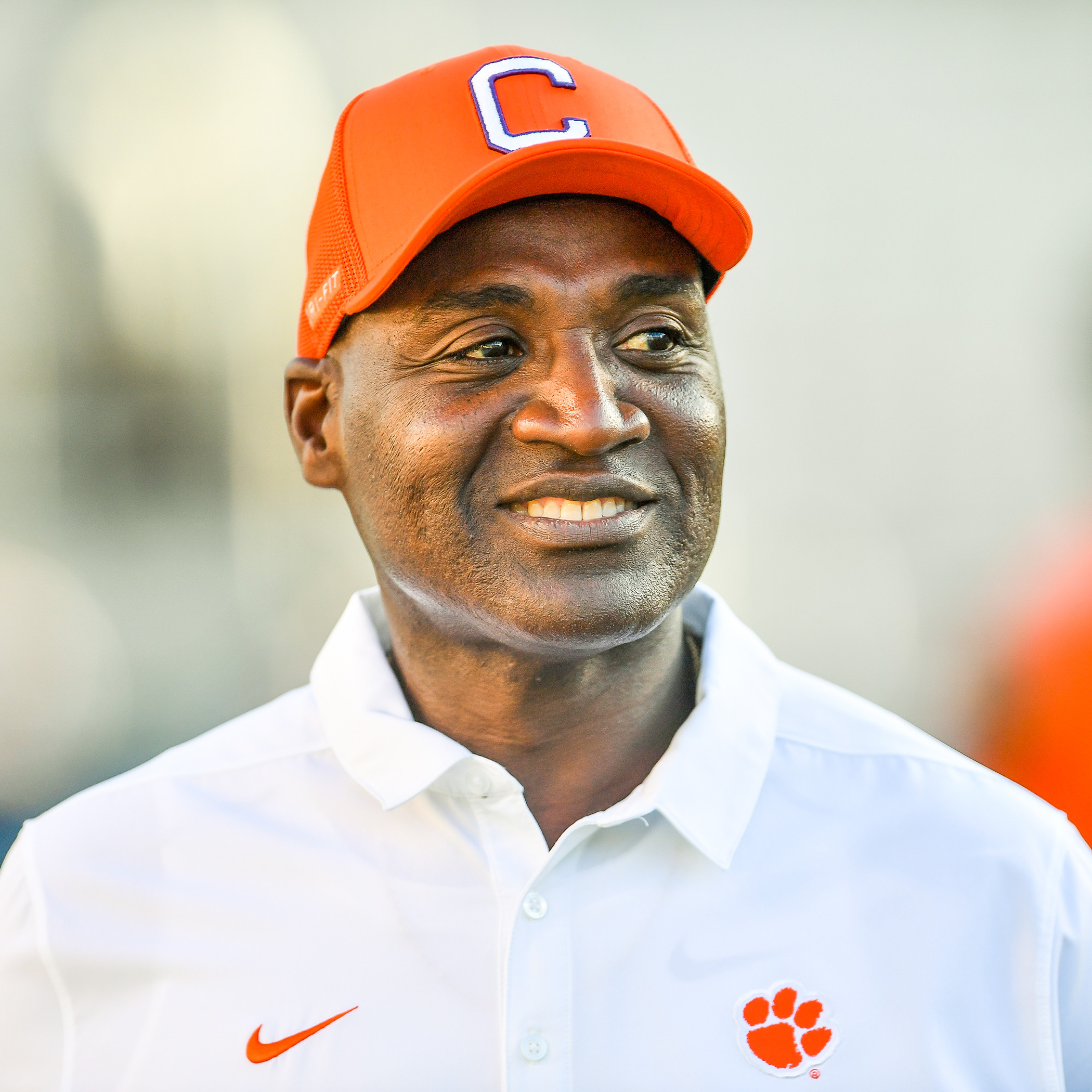 Behind the Scenes – Jeff Davis

Jeff Davis has a relationship with Clemson University’s football program that spans nearly 40 years. During that time, he has worn a number of different hats. He first made his mark as one of the program’s all-time great players, helping the 1981 Tigers to the national title as an All-American and leading tackler from his linebacker position. He later returned in a fundraising capacity, helping raise major gifts when Tommy Bowden was head coach.

In his current position as assistant athletic director for player relations, Davis’ value has gone beyond winning championships to grooming champions of both the game he loves and the game of life. He is ultimately responsible for fostering an environment of personal and career development for the student-athletes who represent Clemson University on the gridiron.

“Football provides transferrable skills for life,” said Davis. “It is a tool, and we want our student-athletes to use that tool to impact the quality of their lives. My desire is that our young men leave here more equipped for life than they were when they arrived.

“I have a great staff with Allison Waymyers and Jessie Carroll. We have a vision of our young men leaving Clemson with a degree in one hand and a job offer in the other. We have always graduated our players, but we want them to utilize their education to obtain purposeful employment. Are they still competing at a high level when they leave us? That’s what we’re working toward.”

Helping young men achieve their goals has been a staple of Davis’ influence at Clemson. After an NFL career with the Tampa Bay Buccaneers and following a variety of jobs, he found himself back at Clemson for good in 1999, when he joined the Call Me MiSTER program as field director. The program was geared toward increasing the pool of available teachers from a broader, more diverse background.

Davis’ time with Call Me MiSTER eventually led to a meeting with athletic director Terry Don Phillips, who joined Clemson in 2002. Phillips was ultimately able to steer Davis into athletic fundraising, and his office was located in the McFadden Building across the hallway from a young wide receivers coach named Dabo Swinney.

Davis and Swinney quickly realized they had a lot in common.

“We began cultivating a relationship and shared many of the same beliefs,” he said. “We’re both intense and passionate. We both played under coaches who were strong disciplinarians. We were strong in our faith. Our families became close. When coach Swinney was hired, I was one of the first people hired strictly for football. I’ve been director of player relations ever since.”

Davis also is in the unique position of being the father of two members of the current Tiger football team, twin linebackers J.D. and Judah. Both have been integral parts of the special-teams improvement, particularly kickoff coverage, during the 2016 campaign.

He relishes the chance to share the knowledge he has accumulated over a long career with his sons, who followed in his tracks to Clemson.

“I wasn’t raised by my father,” said Davis. “For them to have me as an example has been a blessing for all of us. And they’ve done it better than me in many respects.

“I model what I do at home for our players who would benefit from the positive influence of a father figure during their tenure at Clemson. It’s powerful for them to be able to access that. I didn’t have that when I came here. It’s special and fulfilling.”

And so is Davis’ influence as a father and director of player relations, which has exceeded that of the hard-hitting linebacker and Ring of Honor legend known best by Clemson fans.