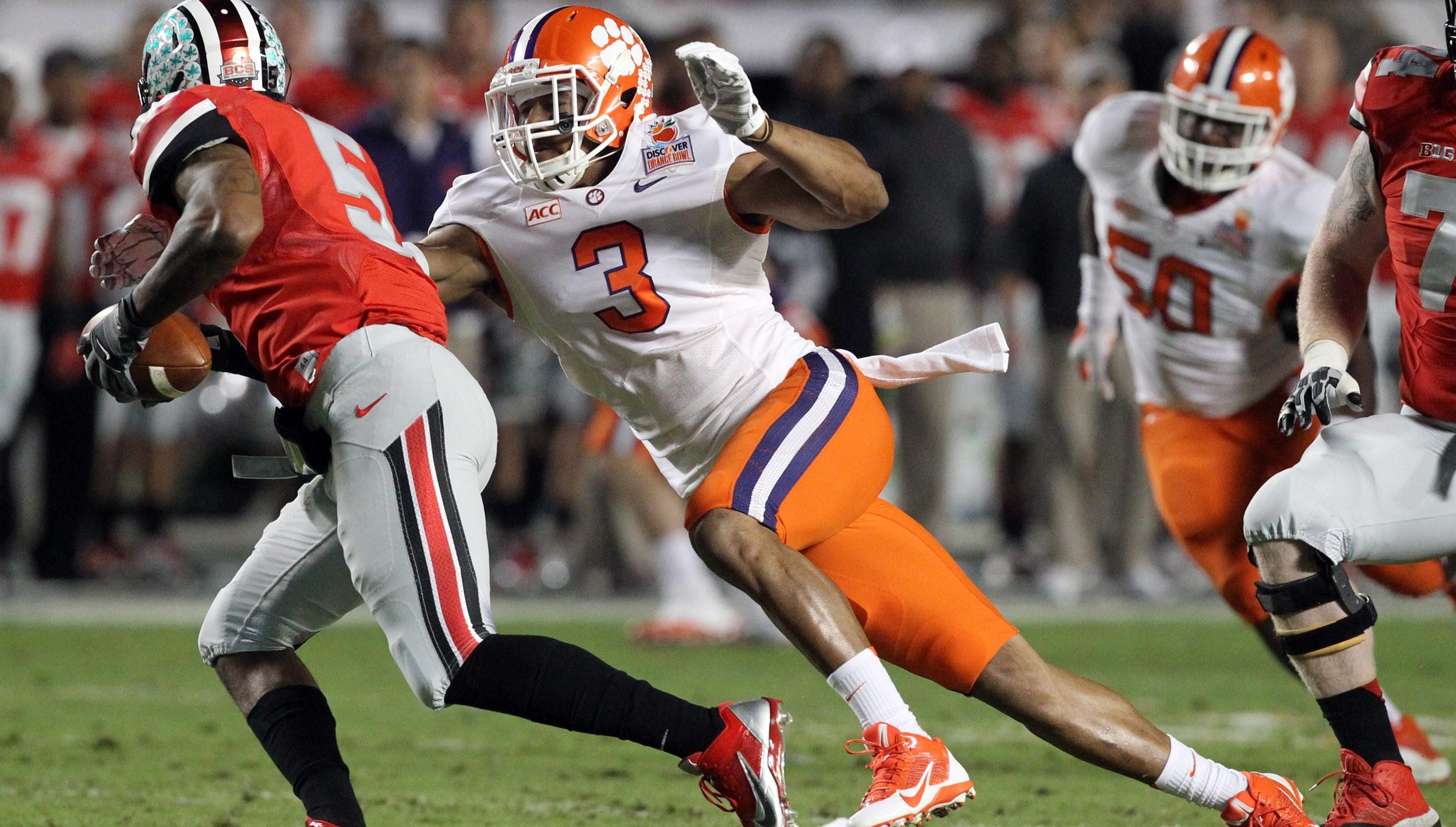 Beasley to Remain at Clemson

CLEMSON, SC – Clemson defensive end Vic Beasley announced today that he will return for his senior season with the Tiger football team. The defensive end from Adairsville, GA was a consensus first-team All-American in 2013, helping the Tigers to an 11-2 record and number-seven final national ranking in the USA Today poll. It was Clemson’s highest final national ranking since 1981.

Beasley was named a first-team All-American by the Walter Camp Foundation, USA Today, Sporting News and Sports Illustrated among others. He was a second-team selection by the Associated Press and the Football Writers Association. He was a finalist for the Ted Hendricks Award, which is given to the top defensive end in college football, and was a semifinalist for the Bednarik Award and the Lombardi Award.

Three times this year Beasley was named the ACC Defensive Lineman of the Week, in Clemson’s wins over NC State, Syracuse and Boston College. He was the national Defensive MVP for the first half of the season by ESPN.

Beasley achieved all this in his first year as a starter. He played just 304 snaps over his first two years. He had eight sacks as a backup in 2012 when he helped the Tigers to an 11-2 record and number-nine national ranking.

Beasley has 21 career sacks and needs just eight in 2014 to break the school record of 28 held by Michael Dean Perry and Gaines Adams.