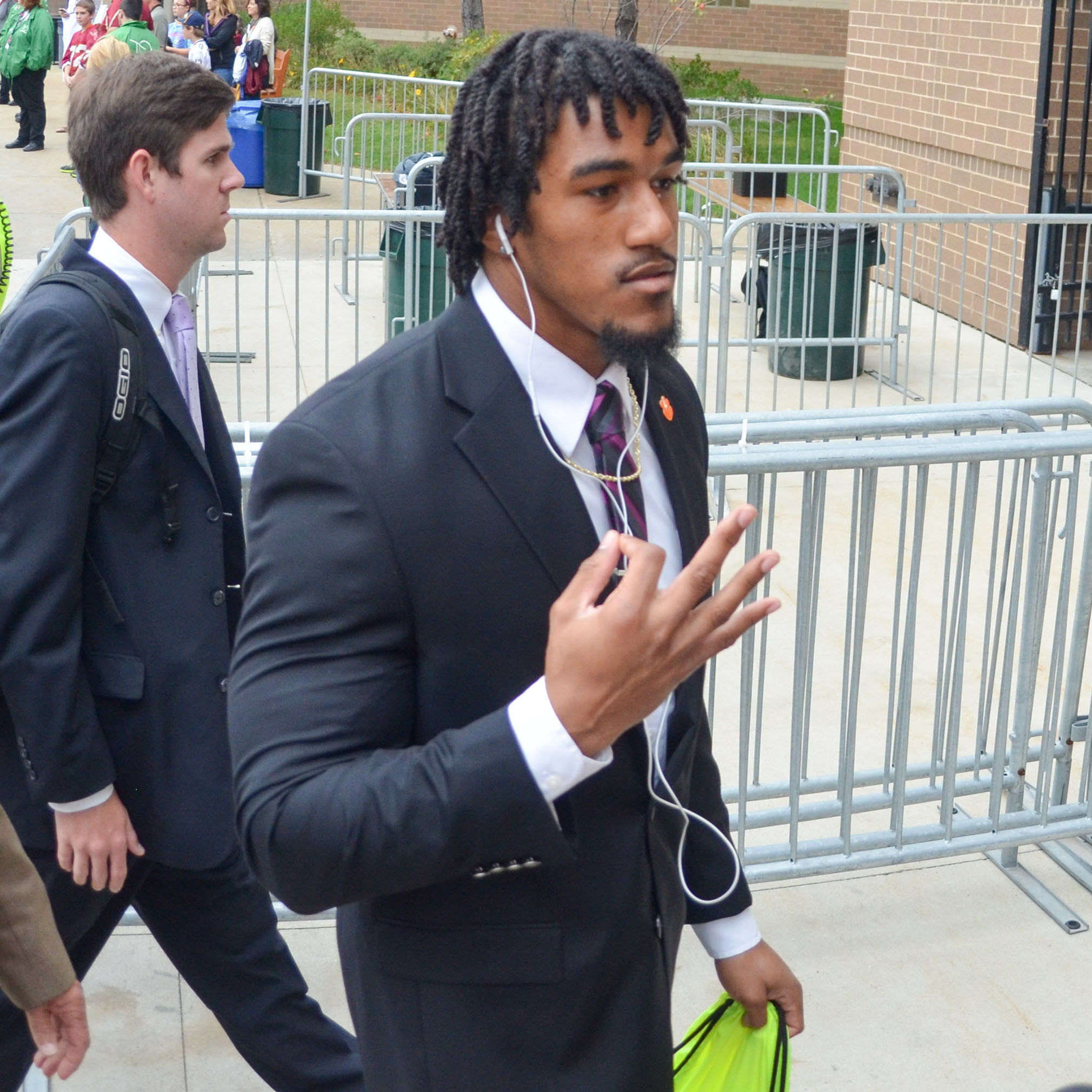 Clemson, S.C.—Clemson defensive end Vic Beasley is one of 12 semifinalists for the 2014 Lombardi Award.  The honor goes to the top lineman or linebacker in college football and will be presented December 10 in Houston, Texas. Over the last week Beasley has been announced as one of  the final 20 candidates for the Lott Trophy, one of the final 20 candidates for the Bednarik Award and now one of 12 candidates for the Lombardi Award. The other Lombardi Award semifinalists are  Joey Bosa of Ohio State, Shiliquen Calhoun of Michigan State, Reese Dismukes of Auburn, Hau”oli Kikaha of Washington, Benardrick McKinney of Mississippi State, Robert Nkemdiche of Mississippi,  Nate Orchard of Utah, Shane Ray of Missouri, Brandon Scherff of Iowa, Leonard Williams of Southern California and Scooby Wright of Arizona. Beasley is one of the prime reasons Clemson ranks second in the nation in total defense, first in tackles for loss, fourth in sacks, fifth in pass defense, 10th in rushing defense and 10th in scoring defense.  The Clemson graduate from Adairsville, Georgia  ranks eighth in the nation in sacks with eight in eight games and is second in sack yardage with 70.  He is also 18th in tackles for loss and has had at least one tackle for loss in every game this year. For his career, Beasley has 29 sacks, most in Clemson history and seven more than any other active FBS player.   He also leads all active players in sack yardage with 221 and in tackles for loss yardage with 266.  He is third in overall tackles for loss with 42.5.