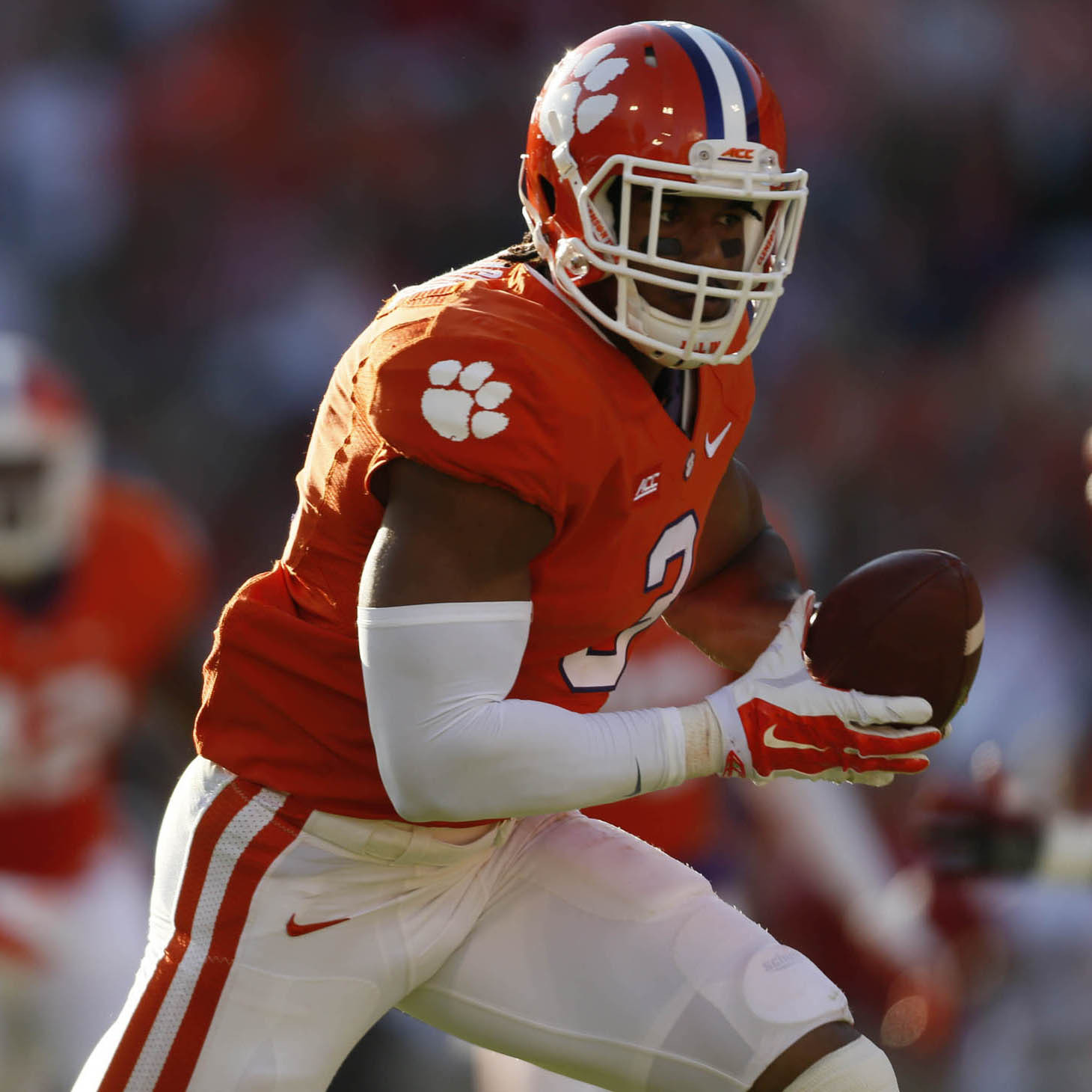 CLEMSON, S.C. — Defensive end Vic Beasley has been named a first-team All-American by the Walter Camp Foundation. The oldest All-America team in existence, this is the second consecutive year Beasley has been named to the team that is selected by the head coaches and sports information directors for the 128 FBS programs. Beasley and Florida State kicker Roberto Aguayo are the only players on this year’s team who were also first-team selections in 2013.   The announcement of the Walter Camp team was made at the Home Depot College Football Awards Show in Orlando, Fla., this evening. Beasley is Clemson’s  first two-time first-team selection by the Walter Camp Foundation since William Perry in 1983 and 1984. The Walter Camp group is considered one of the top five teams that are used in determining consensus All-America selections. With the selection, Beasley becomes the first Clemson defensive player to be considered a two-time first-team All-American by any service since Keith Adams in 1999-00. He is just the 16th player in Clemson history to be considered a two-time first-team All-American, the first since Sammy Watkins did it from 2011-13. Beasley led the ACC in sacks with year with 11 and in tackles for loss with 18.5. He will leave Clemson as its all-time sack leader and has 32 — tied for fifth in ACC history in that category — heading into the Dec. 29 Russell Athletic Bowl. The native of Adairsville, Ga., was earlier named a finalist for the Lombardi Award, the Bednarik Award and the Hendricks Award and was chosen ACC Defensive Player of the Year by the league media and head coaches. Beasley is a big reason Clemson is ranked No. 1 in the nation in total defense, yards per play allowed and tackles for loss. He and the Tigers will face Oklahoma in the Russell Athletic Bowl on Dec. 29 in Orlando.