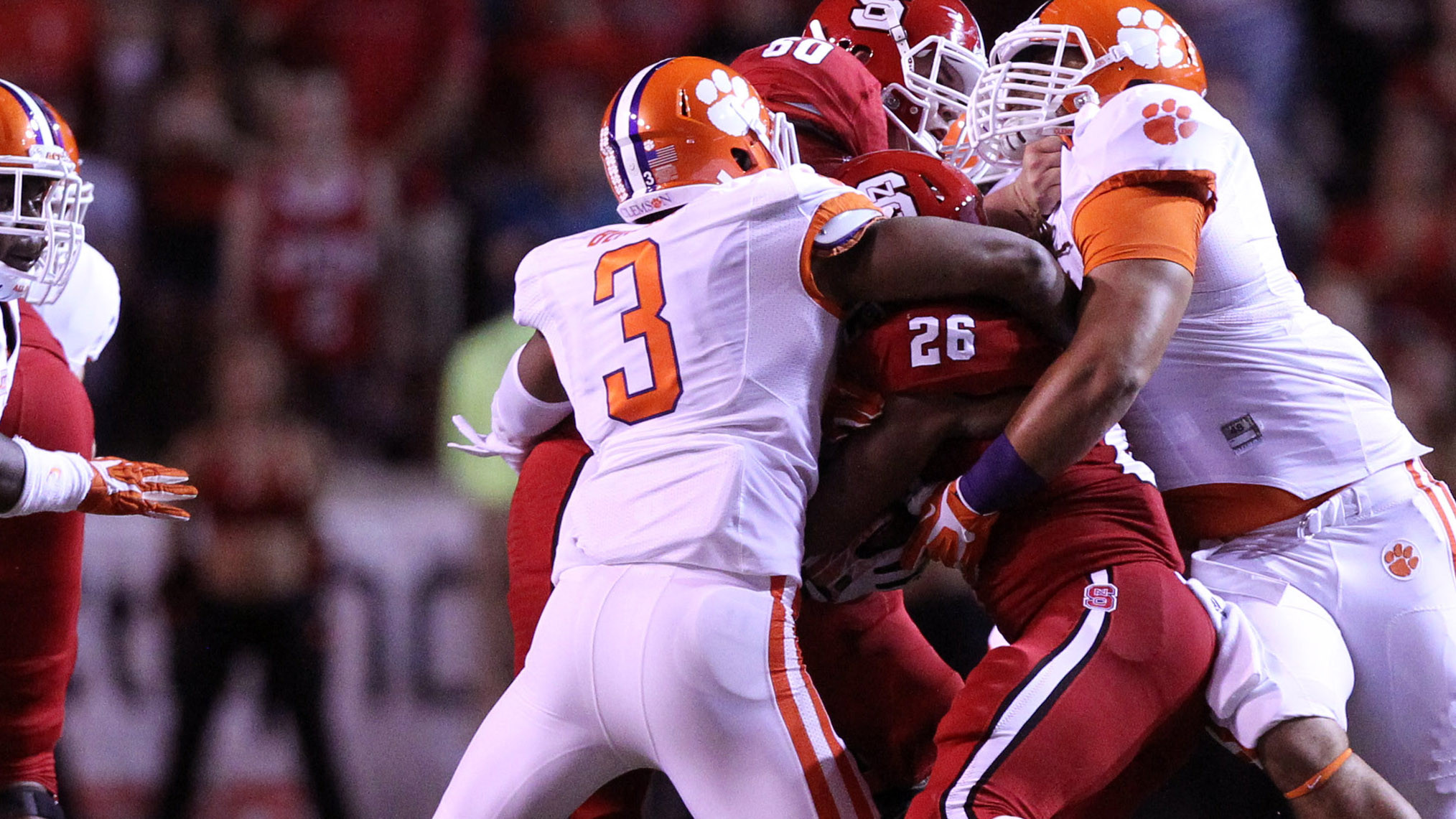 CLEMSON, S.C. – Clemson All-American defensive end Vic Beasley was one of 50 players nationally named to the Walter Camp Player of the Year Watch List on Friday..  The list was announced by the Walter Camp Foundation of New Haven, Conn.  It is one of the oldest college accolades in the nation.

Beasley was a consensus All-American last year when had 23 tackles for loss, including 13 sacks and four caused fumbles.  He ranked in the top five in the nation in tackles for loss and sacks.   He led the ACC in sacks, the third Clemson player in the last four years to lead that category.

Beasley has been named a preseason first-team All-American by virtually every publication this summer and is on the Watch List for the Lombardi Award, the Bednarik Award and the Nagurski Award.  He was a finalist for the Ted Hendricks Award last year.  That honor goes to the top defensive end in the nation.

In all 42 schools were represented on the Walter Camp Player of the Year Watch List.  Beasley was one of 17 players from the defensive side of the ball, including one of just five defensive linemen selected.

Beasley was one of six players named from the ACC.  He was joined by Jameis Winston of Florida State, Duke Johnson of Miami (FL), Anthony Harris of Virginia, Cameron Ervin of Florida State and Jamison Crowder of Duke.

The Watch List will be narrowed to 10 semifinalists in mid-November and the winner will be announced on Thursday, December 11.  The recipient will receive his award at the Walter Camp Foundation banquet on January 17, 2015 at Yale University in New Haven, Conn.