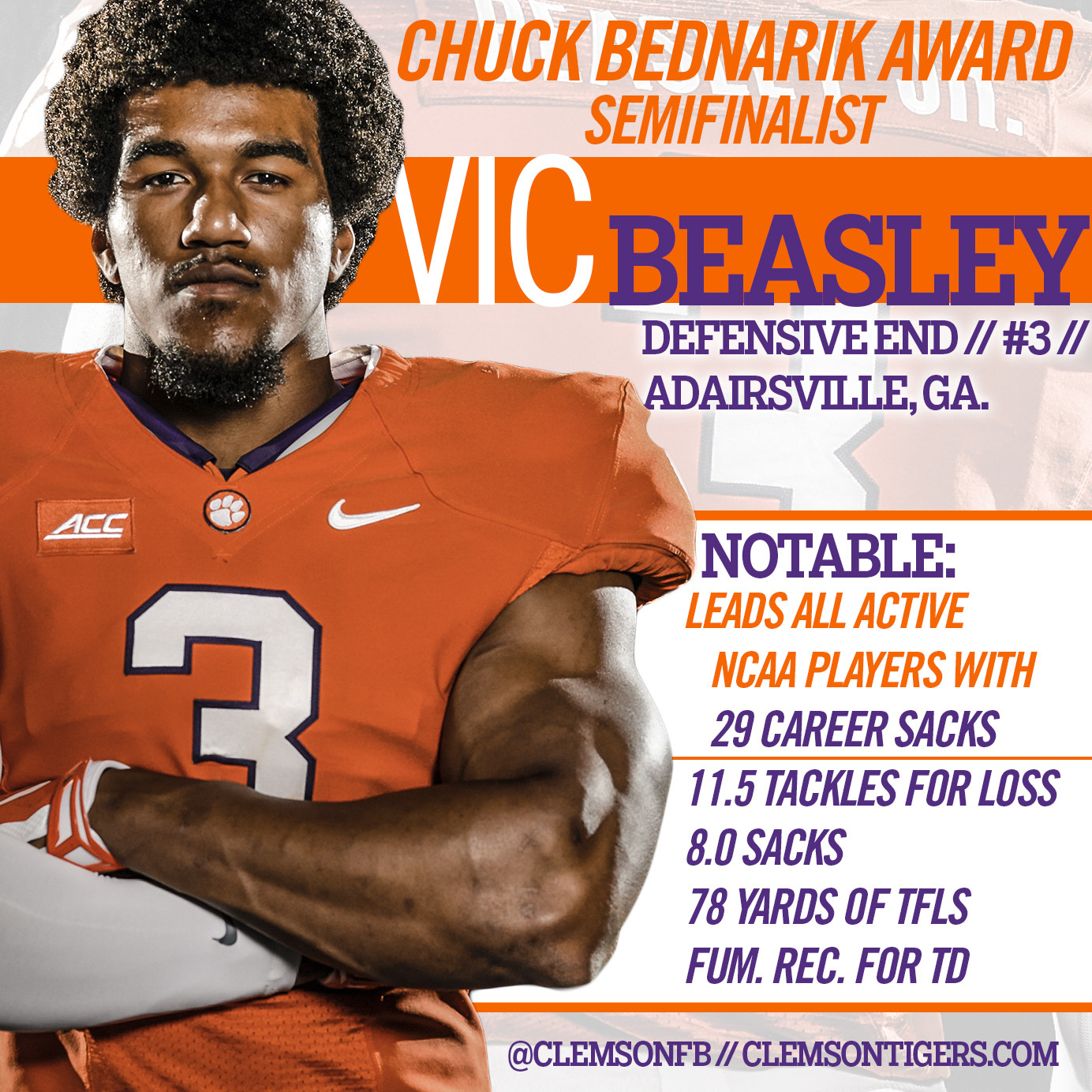 Clemson, S.C.—Clemson defensive end Vic Beasley has been named one of 20 semifinalists for the 2014 Bednarik Award.  The award is presented each year  by the Maxwell Football Club of Philadelphia to the top defensive player in the nation.  It is named in honor of former NFL Hall of Famer Chuck Bednarik. Beasley, the only defensive player in the nation who is a returning consensus All-American from 2013, has eight sacks and 11.5 tackles for loss in eight games so far this season.  He is eighth in sacks and second in sack yardage in addition to ranking 18th in the nation in tackles for loss.    He is a major reason Clemson is second in the nation in total defense and fourth in sacks. Beasley has 29 career sacks, first in Clemson history and more than any other active FBS player. His 221 career sack yards are 79 yards more than any other active player.  He is also third in career tackles for loss among active players with 41.5. Beasley is one of three ACC players on the Bednarik Award semifinal list.  The others are Gerod Holliman, a safety from Louisville, and Denzel Perryman, a linebacker from Miami (FL).