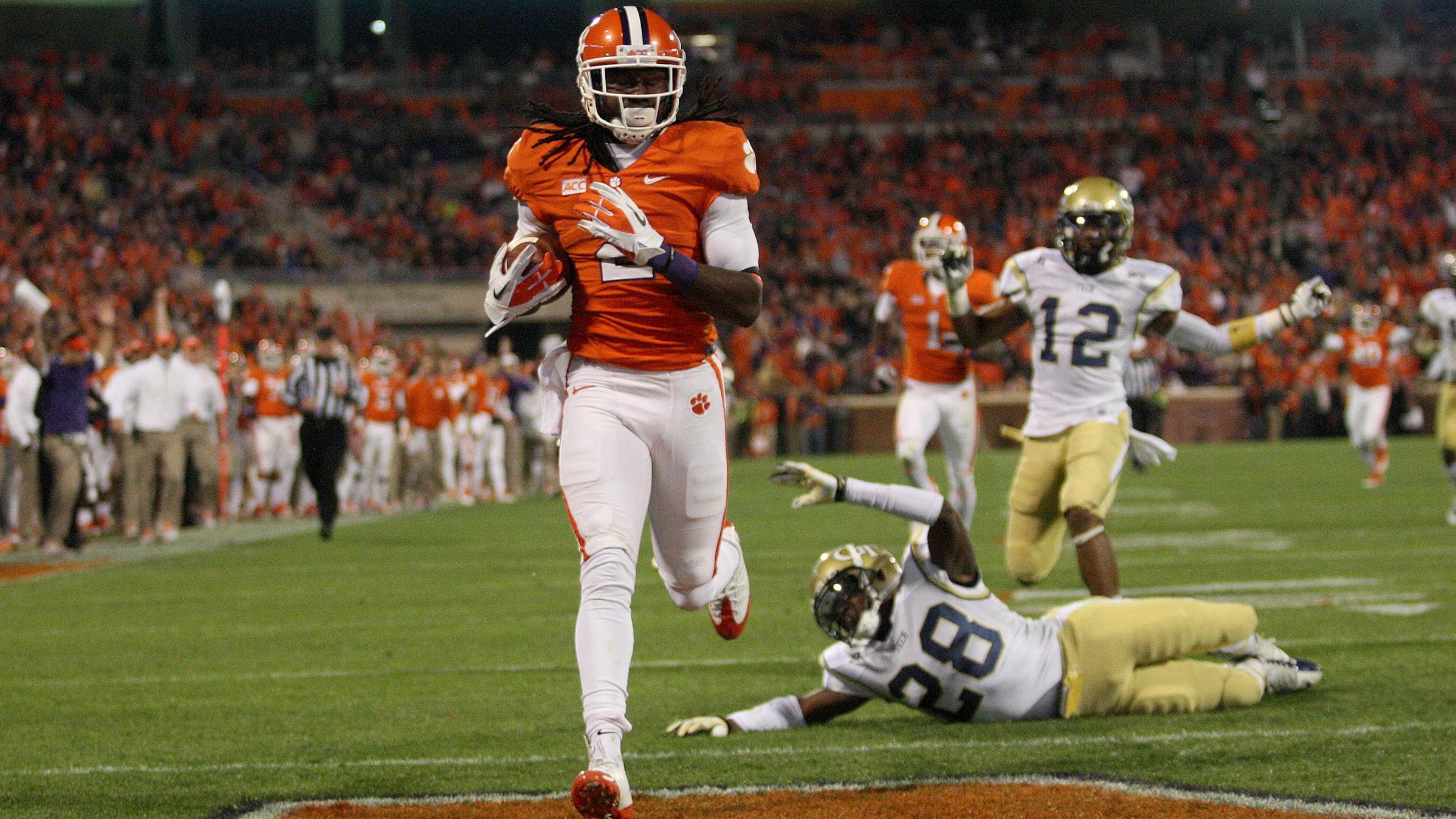 This is the third 2013 award that Beasley has reached semifinalist distinction. Earlier he was named a semifinalist for the Bednarik Award and the Lombardi Award. So far this year Beasley has 17 tackles for loss, including 10 sacks. He has caused a fumble on three of the sacks, leading to a defensive turnover.

Watkins is one of 10 semifinalists for the Biletnikoff Award. It marks the third straight season Clemson has had a semifinalist for the award. Watkins made the final 10 in 2011 and DeAndre Hopkins was in the final 10 last year.

Watkins has 71 receptions for 1086 yards and nine touchdowns. He is 10th in the nation in receiving touchdowns, eighth in reception yardage and 16th in receptions per game. He is the only receiver in college football with two touchdown receptions of at least 90 yards this season.

Watkins has seven 100-yard receiving games this year, a Clemson single season record. He needs just eight receiving yards against The Citadel this Saturday to become Clemson’s career leader. He has 3013 for his career, just behind DeAndre Hopkins, his former teammate, who had 3020 for his three years with the Tigers.

Overall, Clemson has four different players who are semifinalists for eight different national awards. In addition to the above two players, quarterback Tajh Boyd is a semifinalist for the Maxwell Award, the Walter Camp Player of the Year and the Davey O’Brien Award. Linebacker Spencer Shuey is in the semifinals for the Lott Trophy.