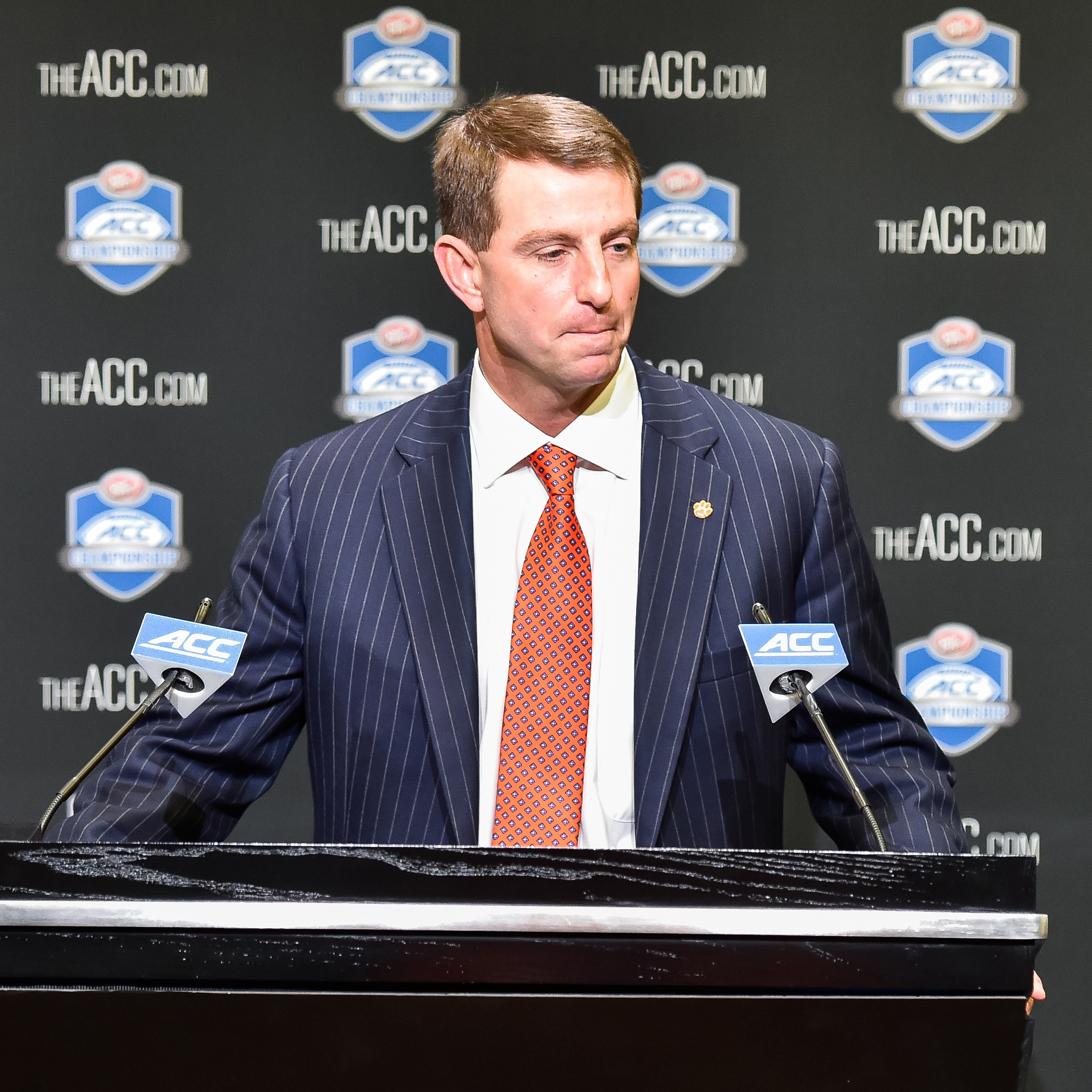 “We are excited to get going, really pleased with the way these guys have worked since January 12 when the 2016 journey began. These guys have been awesome from day one — good spring, good summer — so we enter now what we call “primetime” here in just a second … and that is to get back on grass. We had a good spring, really good spring, I really like what we got done there but we want a complete team so today is exciting because we have a complete team. We have all the pieces to the puzzle, everyone is here with the arrival of the freshman and we have a couple of transfers in here as well and some walk-ons to mix in. We have a full team ready to charge back up the mountain and see how we can do this year. Excited about it, I thought the weigh-in yesterday showed the guys had done a good job. I can’t thank our strength coaches enough, we have the best in the business and these guys do a phenomenal job in preparing our team. Today they pass the torch as we get back out on the field with them. Leadership has been really good, I love the mindset of our team as we get going. We just have to win one day at a time, there is really no secret to it, you just have to be committed right out of the gate and do the best you can every day. We have 123 days until the ACC Championship game and you just have to win one day at a time, and then hopefully look up at the end of the season and you will have a chance to compete for the conference title. It starts today, as far as the practice works we know we play in 31 days or so, so we got a lot of work to do to prepare the team and I can’t wait to get out there and get started.”

On the feeling of opening camp after a busy summer:

“It is great, this is my favorite part of my job. I enjoy all of it, there isn’t anything that I just hate, I try to enjoy all of the aspects of what I do, but I love football, I love coaching, I love game planning, I love teaching, I love being with the players every day. For the next seven months I get to be with the players pretty much every day, and I look forward to that. I love the grind, the grind of the season so this is the best part of the year to me, just getting back to the roots of what I do and what I love to do. This is my 35th year in football, I started playing in the fifth grade and played eight years in middle school and high school, then five years in college, then coached eight years at Alabama. I’m entering year 14 here at Clemson, so my 35th year to be a part of a football team and would be my 37th but I missed two of those seasons when I got out of coaching. I don’t take any of it for granted, it is blessing to be able to do what we get a chance to do and I love it. I went for a jog at lunch today, what I always do on our first day, jog the fields and I just love the fresh grass, fresh paint and it is just exciting to have a new beginning and a new start and a new challenge. So we are looking forward to it and the new opportunities.”

On the return of Mike Williams:

“It is great, for us we had him back in the spring. He really did everything in the spring, he was knocked around and on the ground and dove … so in my mind he is really just picking up where he left off in the spring. To have him back and ready to play is huge, he just changes the dynamics of the game from a defensive stand point as far as how people try to defend you because you have to have an answer for number seven. The strength that he brings into our corp, the depth that we will have. Deon has great experience now, he had the chance to play all last season so that is a pretty good duo right there, Mike Williams and a sophomore Deon Cain, who has been there and played and has some experience. Same thing goes for Ray-Ray (McCloud) and Artavis (Scott) and now you have experience for a couple of guys and they are just better now. So I am excited about that and (Hunter) Renfrow and Trevion (Thompson) and the freshman that will be joining the mix. He brings a presence that we are excited to have back out on the field.”

On most talented Clemson team:

“We have had a lot of talented teams, maybe on paper I guess people who evaluate recruiting and they say you have this amount of four stars and this amount of five stars, so maybe on paper it is but I don’t think that is what makes a good football team. If that was the case then ‘Tig’ Willard would have never been a good player here, and Quandon Christian and Adam Humphries. Adam Humphries was a baller here for four years and beat out a lot of four and five star guys … so I don’t get caught up in all of that. If you are look for whether or not it is the best team, the proof will be in the pudding when we go play. And it isn’t necessarily well this team won this meaning games and this team won that many games, that isn’t it either. I know wins and losses is an easy way to judge things but there is a lot that goes into that, so we will see.”

On newcomers he is excited to see:

“All of the guys, really. I am excited to see them for the first time, really competing to have a chance to play and even the mid-year guys who were here in the spring, it was fun seeing those guys go through spring ball and I have a pretty good comfort level having seen them, but it is different when you get into camp. Spring ball, you are practicing every other day and it is a much slower tempo from  an installation standpoint but you get into camp and it is a whole different level. The mental grind of it the overall competition of it with all of the guys finally here it is something that I am anxious to see how they handle it. Specifically it is good to get Xavier Kelly in here, we only had one more defensive end coming in so it is good to get him in here. He’s another big, strong, athletic body at that position, that is a positive. Shoring up the secondary with those five defensive backs was a priority. (Brian) Dawkins is going to be out with surgery, but the other four guys are  in the mix. Same with the receivers, T.J. Chase just got in last week so he is going to be a little behind the others but just getting him in here is a big deal, all of those guys. Tavien Feaster is just another guy at the running back position, and J.C. Chalk in the mix at tight end, we just have to evaluate them all. Get big John Simpson in here another one of those offensive lineman, Cade Stewart are all important pieces to what we are going to want to do. We are looking forward to evaluating them, we are just completing the team and we are excited to get them in here and evaluate them.”