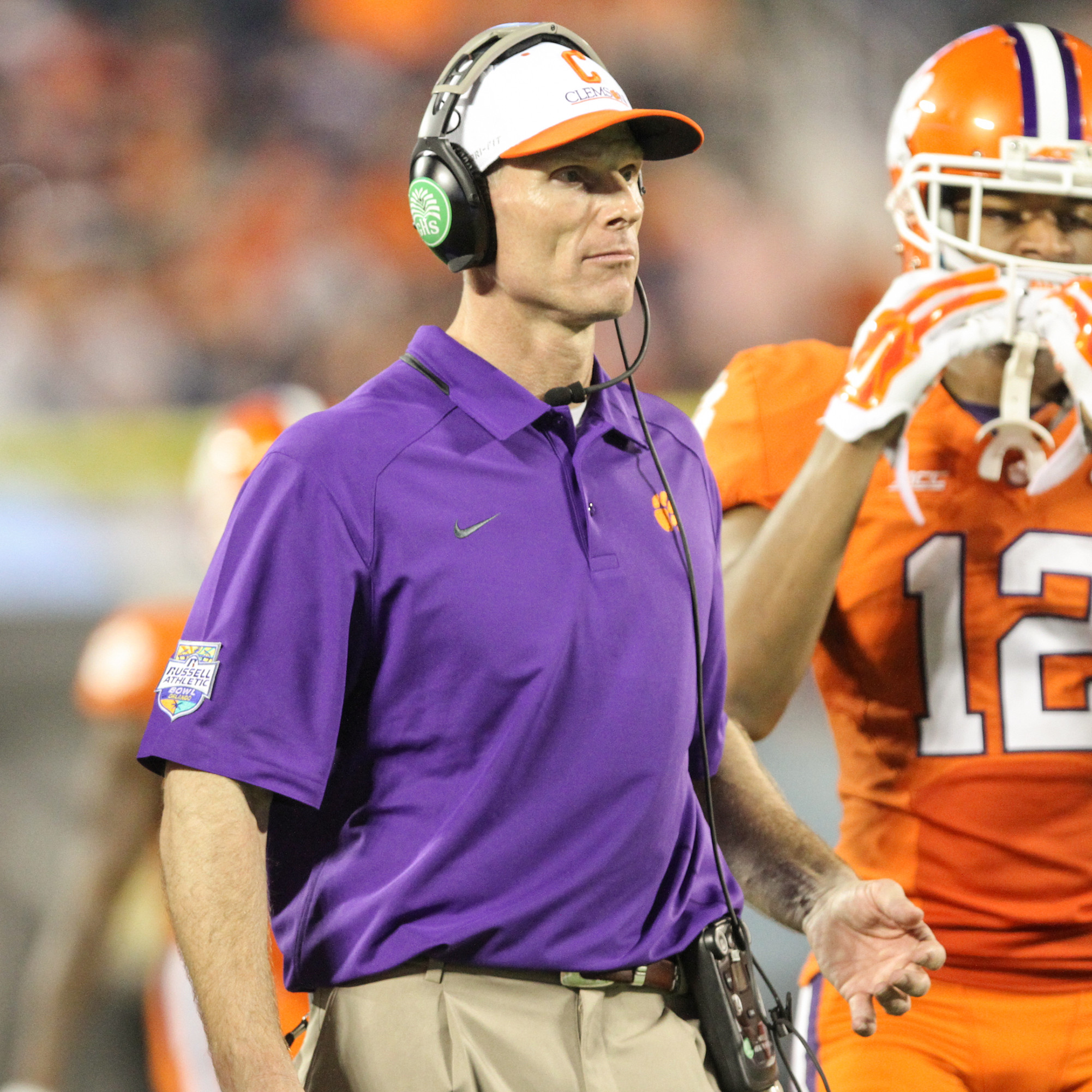 CLEMSON, S.C. – Head Coach Dabo Swinney announced Friday all members of his full-time coaching staff agreed to contract extensions. That includes Defensive Coordinator Brent Venables, who signed a new four-year contact. His contract now extends through the 2018 season. Each of the other eight full-time coaches have two-year contracts.

“I want to thank our athletic administration and Board of Trustees for allowing us to compete at the highest level on the field and in the classroom,” said Swinney. “Competing on the field includes having the resources to have the best coaching staff, and keeping coaches on your staff has become very competitive. We have seen the importance of continuity over the last four years. We have had very few changes during that time and we are one of just four programs to win at least 10 games each of those years. It makes a difference.”

The Tigers finished the 2014 season with 10 wins, becoming one of only four programs nationally to reach double-digit victories each of the last four years. Clemson closed the year with wins over South Carolina in the Palmetto Bowl and No. 24 Oklahoma in the Russell Athletic Bowl. The victory over the Sooners was Clemson’s third straight bowl win, and all have come against teams ranked in the top 25 of at least one of the two polls.

“Tiger football enjoyed another successful year, and Coach Swinney continues to build an outstanding program,” said Director of Athletics Dan Radakovich. “A big part of our success is the tremendous consistency and excellence in our staff of assistant coaches. Their work is reflected both on and off the field, as our student-athletes continue to excel in the classroom as well as between the lines.”

Clemson led the nation in 11 different defensive categories in 2014. The unit was a major reason the Tigers finished the season with a 10-3 record, including a 40-6 victory over Oklahoma in the Russell Athletic Bowl. Clemson is expected to finish in the top 15 of the AP poll and coaches poll when they are released January 13.

The Tigers were first in total defense, first in pass efficiency defense, third in scoring defense and fifth in rushing defense. Clemson was the only school in the nation to finish in the top five of those four major defensive categories, and it was the first time in school history it finished in the top five of all those categories in one season.

Tony Elliott and Jeff Scott directed the Clemson offense as co-coordinators for the first time in the Tigers’ bowl victory over Oklahoma. Clemson scored 40+ points for just the third time in a bowl game in school history.

Cole Stoudt passed for 319 yards and three touchdowns, as Clemson handed the Sooner program its second-worst margin of defeat in a bowl game. Stoudt also became just the third Tiger to pass for 300 yards in a bowl game.