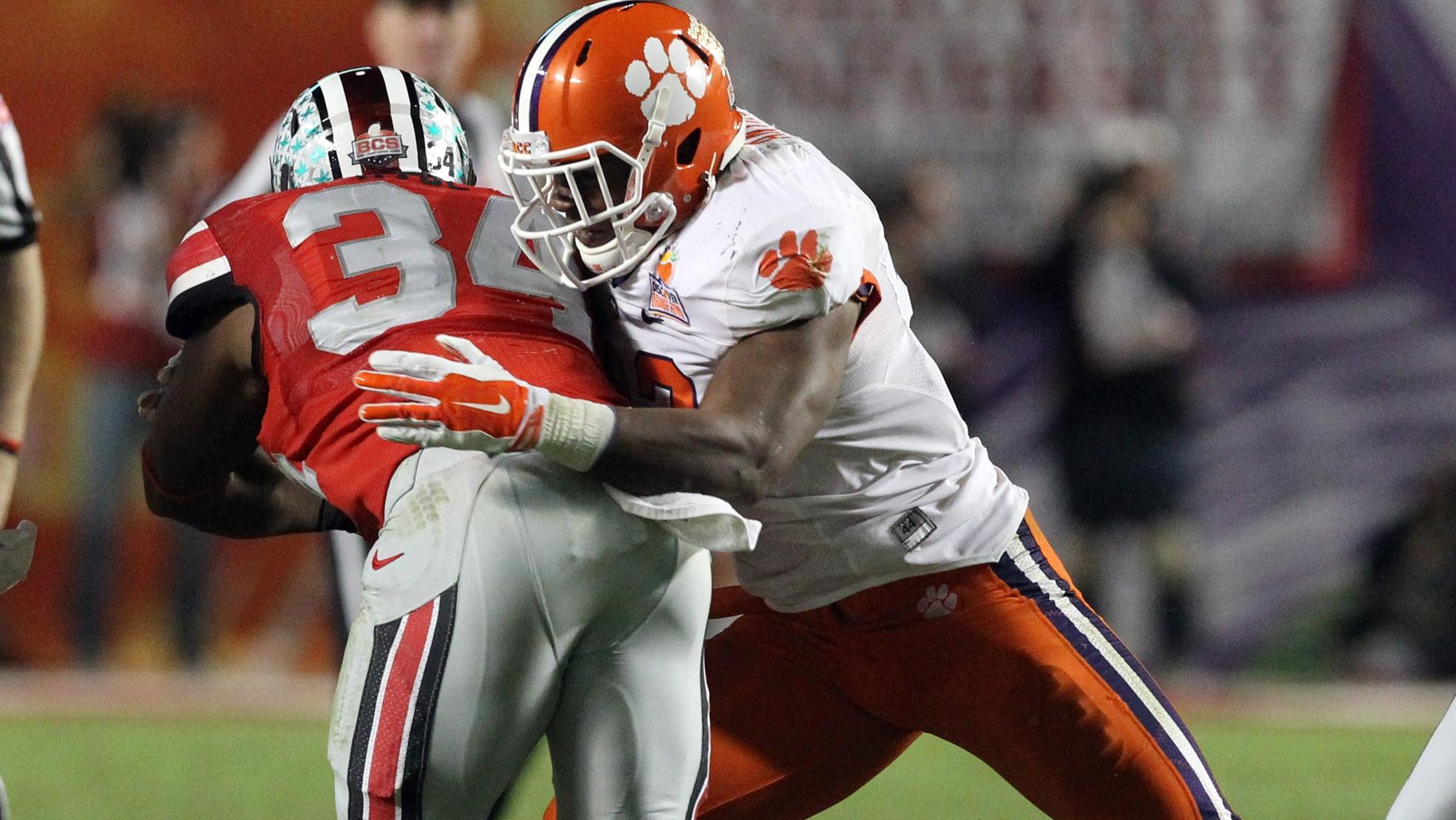 Anthony and Crawford to Remain at Clemson

Both were starters on Clemson’s defense that led the nation in tackles for loss and were big reasons the Tigers finished the season with an 11-2 record and a number-seven national ranking by the USA Today Coaches Poll.

Anthony finished the season with 131 total tackles, including 75 that were first hits. It was the most tackles by a Clemson player in 10 years, or since Leroy Hill had 145 in 2003. He also ranked second on the team in tackles for loss with 13.5 and added four sacks and an interception.

Anthony’s interception came with under two minutes left in the Discover Orange Bowl against Ohio State and basically clinched the victory over the sixth-ranked Buckeyes for the Tigers. Anthony led Clemson in tackles in seven of the 13 games this past season.

Crawford finished the season with 52 tackles, including 10.5 that were behind the line of scrimmage. He also added three sacks and four passes deflected. He led the team in quarterback pressures with 16 and had an 18-yard interception return against Georgia.

Crawford started 12 of the 13 games this year and led Clemson defensive ends in tackles. Crawford had five tackles, a tackle for loss and two passes broken up in the win over Ohio State.