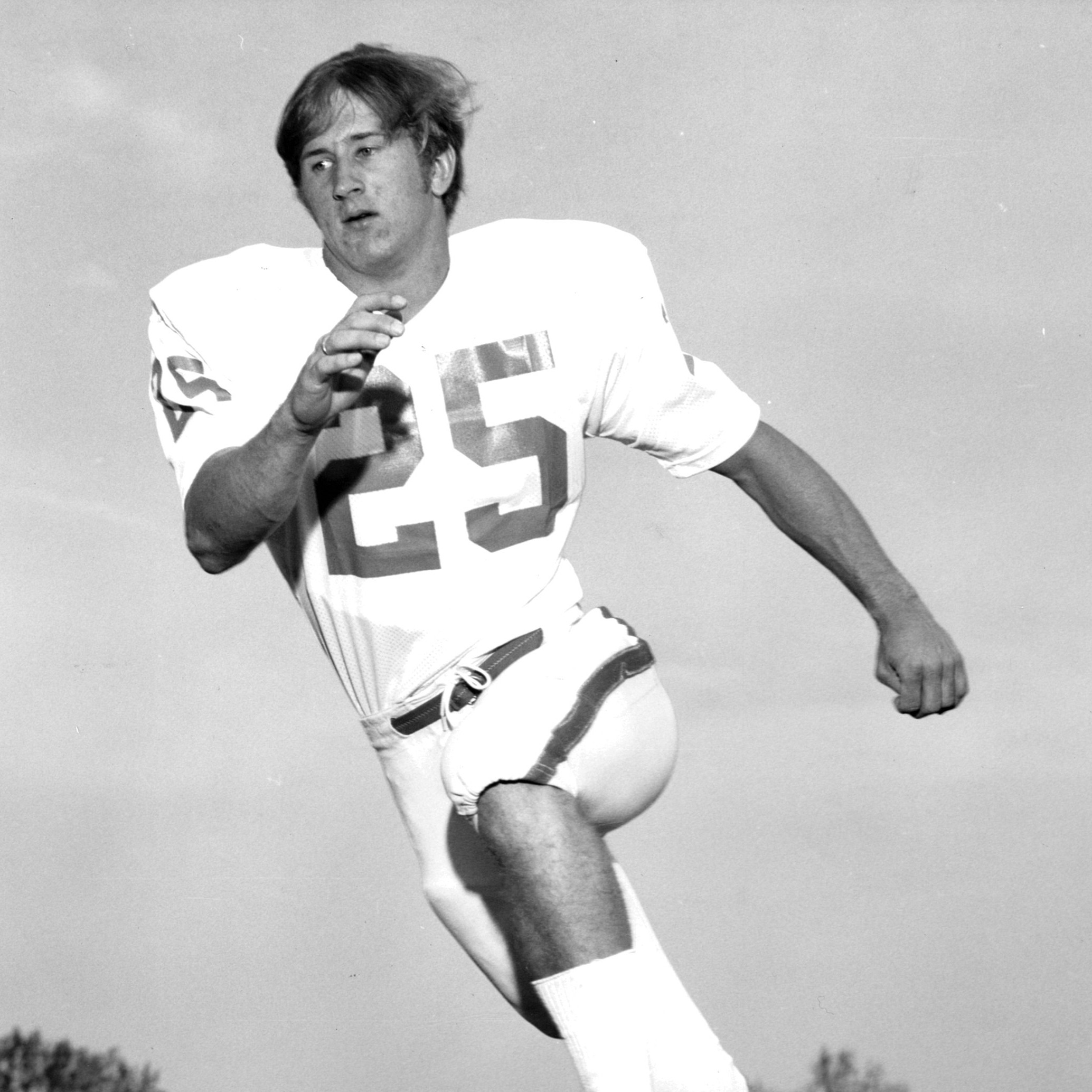 Clemson, S.C.—Former Clemson Academic All-American Ben Anderson, the Tiger football player most responsible for the tradition of  “Running Down the Hill,” as it exists today was laid to rest in the cemetery behind Memorial Stadium on Wednesday afternoon.

Anderson died peacefully on May 16, 2015 after a five-year battle with lung cancer.  In addition to his career as a student-athlete, Anderson served Clemson as General Legal Counsel and Secretary of the Board of Trustees for 21 years.  Anderson was 63.

Anderson aspired to play for Clemson when he was in junior high school and actually wrote a letter to Frank Howard, telling him that he would one day play for him.

As a senior at Strom Thurmond High School in Johnston, S.C, Anderson helped his team to its first state championship in 1968.  But at 6-0 and 170 pounds, he was not offered a scholarship by any school.

Anderson came to Clemson as a student in 1969 and walked-on the football team.  He impressed the coaches immediately and started all the freshman games in 1969 (freshmen could not play on the varsity until 1972).

Anderson finished his career with nine interceptions, fifth best in Clemson history when he graduated.  His total included a pair of interceptions at South Carolina in 1971.

Prior to his final game as a senior in 1972, Anderson led a group of seniors to Head Coach Hootie Ingram’s office the week of the South Carolina game, the final game of Anderson’s career.  One of the players who attended the meeting was teammate Bobby Johnson, who went on to a long coaching career and is now a member of the College Football Playoff Committee.

Johnson gave a eulogy at Anderson’s funeral on Wednesday afternoon.  “I went a long to the meeting as support, but this was all Ben’s idea,” said Johnson.  “He had it all planned out.  It was like he was trying his first law case.”

Coach Ingram liked the idea and then worked with Anderson on the plan to bring the team around the stadium on busses to the top of the hill just before kickoff.   Clemson had not run down the hill since 1969.  Prior to the 1970 season, Clemson’s locker room moved from Fike Fieldhouse to the West endzone of the stadium, so there was no longer a need to run down the hill to get to the field.

When Clemson had run down the hill from 1942-69, it was not quite as celebrated because the team did that entrance for pregame warmups, over an hour prior to the game.  The pregame tradition did not occur just minutes before kickoff until that 1972 South Carolina game, and that important aspect of the tradition was Anderson’s idea.

Clemson went on to beat South Carolina, 7-6, that rainy afternoon.  The game ended with South Carolina attempting a long field goal.  Anderson caught the ball just short of  the goal line and took a knee.  Fittingly the ball was in his hands as the final seconds of his career ended.

In the spring of 1973, Anderson received the ACC’s Jim Weaver Award as the outstanding student-athlete in any sport.  In the spring he was the recipient of Clemson’s Norris Award, which goes to the top all-around student in the school.   He was also the recipient of the Frank Howard Award, which is given to a student-athlete for bringing honor to Clemson.

Anderson enrolled at South Carolina Law School and earned his J.D. Degree in 1976.  He wrote a letter to President Robert Edwards asking if there was an opening in the school’s legal department.