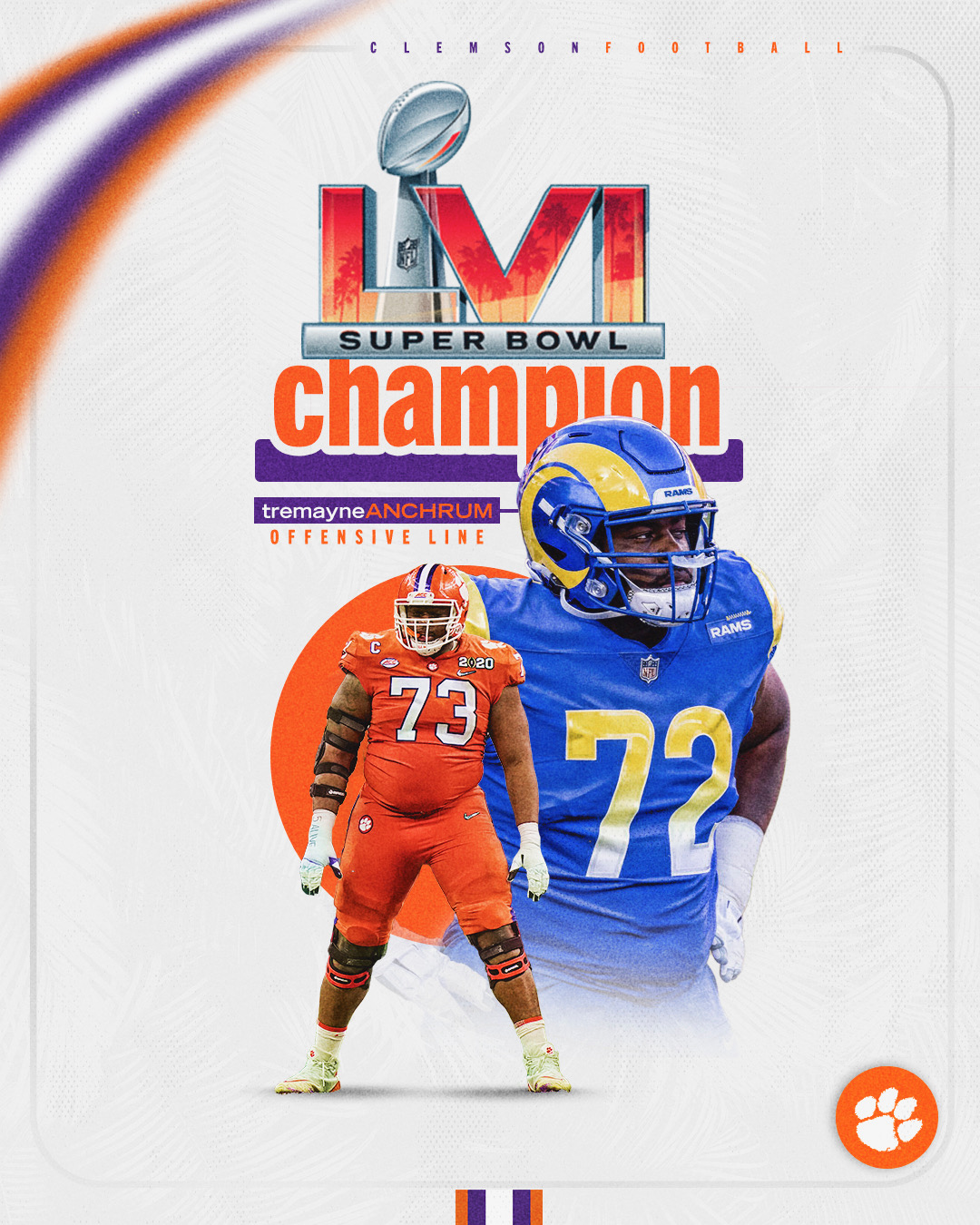 In all, four former Tigers were on the active rosters of Super Bowl LVI participants, including offensive tackle Jackson Carman, wide receiver Tee Higgins and defensive tackle D.J. Reader. Clemson’s four players on the teams’ rosters were tied for the third-most of any program in the country.

Anchrum played in 55 career games with 37 career starts at Clemson from 2016-19, helping Clemson to three national championship berths and two national titles. He started each of his final 30 games at Clemson over his final two seasons, helping guide the Tigers to a 29-1 record in those games. He was a two-time All-ACC honoree and finished his career as one of only 23 players in Clemson history to play at least 2,500 career snaps from scrimmage.

With Anchrum’s victory, at least one Clemson player has been on the roster of the Super Bowl champions in each of the last four years.

Higgins and Reader both started the contest, marking the second time in the last three Super Bowls that multiple Clemson products have started the NFL’s title game.

Though the effort came in a Bengals loss, Higgins was one of the game’s standout performers. Higgins scored the Bengals’ first touchdown of the contest on a six-yard touchdown pass from running back Joe Mixon. He became the second Clemson player to score a touchdown in the Super Bowl, joining William Perry, who scored on a one-yard touchdown run in Super Bowl XX to conclude the 1985 NFL season.

Reader registered a sack in the third quarter. It was the second postseason sack of his career and his first since the Wild Card Round to conclude the 2016 season.

Clemson is all over #SBLVI