All In the Family

Note: The following appears in the Louisville gameday football program

The phrase “Clemson Family” is a popular one within the program. To outsiders, it may seem overused, but to those who are a part of the Clemson Family, it is a true descriptor of the power and beauty of the bond that all Tigers share.

It can also apply to those families with multiple generations of Tigers, and senior offensive tackle Mitch Hyatt belongs to one such family. 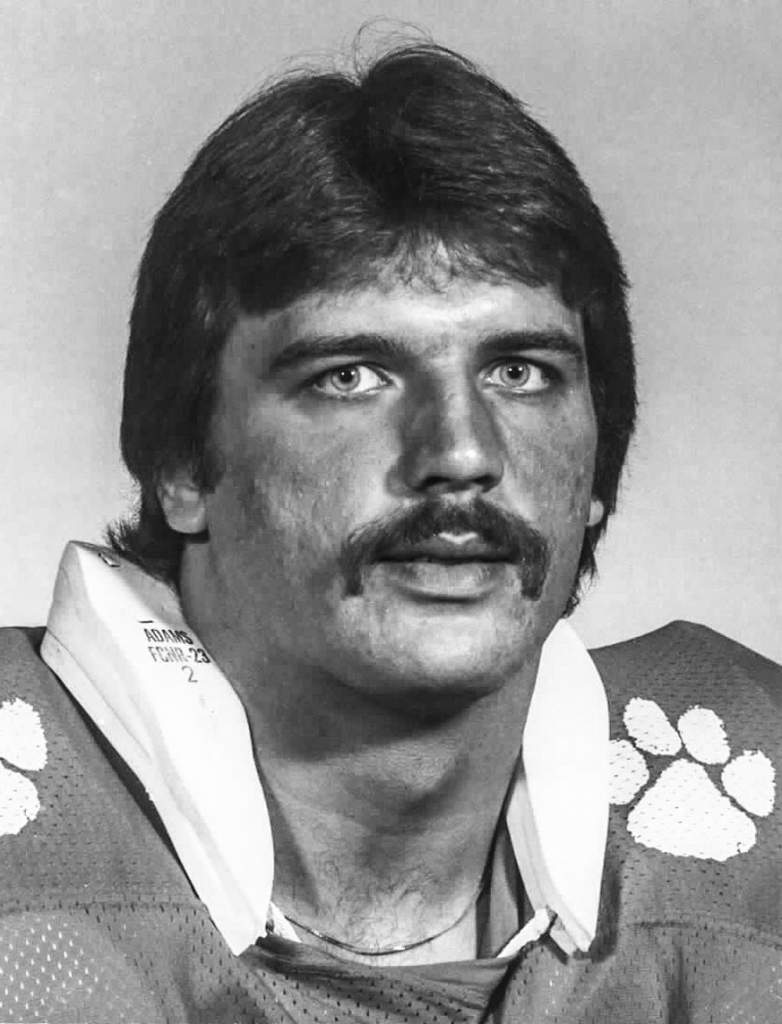 Not only is Hyatt a current starter for the football team, his uncle, Dan Benish, was also a starter during his time on the Clemson football team, only Benish played on the defensive line. The two share a special bond, not just as Tiger football players, past and present, but as uncle and nephew.

“We are really close,” said Hyatt. “He’s always helped me through everything. He’s had a lot of experience, so I’m taking what he’s learned and taking his knowledge to help me make good decisions.”

According to Benish, his relationship with Hyatt has “ebbed and flowed through the years as Hyatt was growing up.” However, Benish echoed Hyatt’s sentiments of their close relationship.

“When Mitch was younger, he didn’t have much of a father figure, so I helped in that role and was his coach. As he has gotten older and has matured through his career, it’s more of an advisor role and still an uncle cheering him on.”

“It was surreal,” said Hyatt of the experience of winning the national championship. “Being there in 2015 and getting back there in 2016 and finishing through and actually being able to win it all, it was a surreal experience, because seeing how all your hard work paid off was awesome.”

Benish shared similar sentiments about his own championship experience about 35 years prior.

“At that time, it was something that was never done before, and we were cutting new ground. It was unexpected. We knew we were a good team, but starting the season out, we weren’t ranked. The expectations weren’t there. The hard work and the hope and all that stuff was there, but the expectations were to go out and take one game at a time and see what happens. And one game at a time led to 12 victories and a win over Nebraska in the Orange Bowl. It was a special time for me and my teammates.”

It was also special for Benish to see Hyatt be a part of his own national championship team. For Benish, seeing Hyatt’s love of the game grow into completed dreams with a scholarship and starting as a first-year freshman was also special, but it all culminated into the championship.

“It was truly a special moment when he won that national championship. You can’t explain it to anyone what it feels like to do something like that, but when you do it, you’re going to know exactly what I was talking about. He told me that he had that moment at the end of the game when they were lining up to kill the clock, and on that last play, he said, ‘That’s what my uncle was talking about.’ It was really something special, especially him telling me that.”

The two can agree on many things, from how great football is to their love of Clemson, but there is one major area of disagreement between them…which championship team is better. Hyatt naturally believes his 2016 team is better, stating that if the two teams played, his 2016 squad “would definitely win.”

Benish, on the other hand, unsurprisingly gives the edge to his 1981 championship team. For Benish, it is not debatable, stating his team would win.

“It’s not even close,” said Benish. “I told Mitch he couldn’t have blocked us. They play ‘patty ball’ up here these days. They don’t line up with their hands in the dirt and come flying off the ball like we used to. They had a good team, but it was nowhere close to us.”

Although Hyatt is a part of a Clemson football family, he quickly made a name for himself during his freshman season, starting on the offensive line immediately. He earned the first of his All-ACC selections in 2015, and he has earned a selection in each of his first three seasons, moving up from third team his freshman year to second team in 2016 and first team as a junior. He has also captured multiple All-America selections from various outlets.

Hyatt spoke fondly of all of the honors he has received, but he was also quick to deflect praise to his teammates.

“It’s always nice to get recognized. I always know it’s not just me. I’ve always had some guys next to me helping me out, especially Taylor (Hearn) and Eric (Mac Lain) as a freshman. Those guys were a big part of me getting those honors. It’s good for me, but also for them.”

Hyatt is ready to make some more noise and finish strong in his last season in Tigertown. He has excelled on the gridiron during his career, paving his own path, and is right at home as a member of the Clemson Family, which truly runs deep.