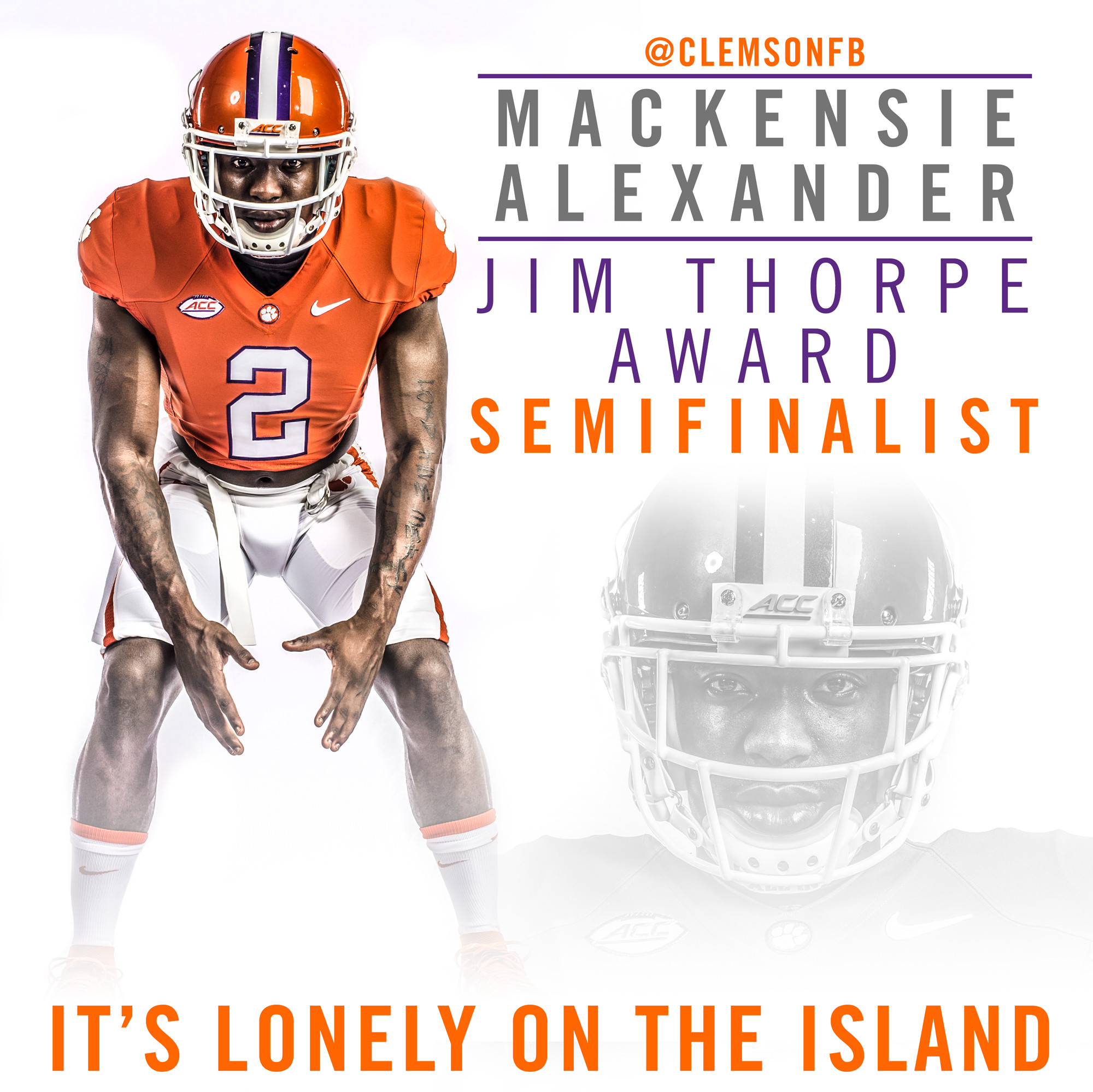 Clemson, S.C.–Clemson cornerback Mackensie Alexander has been named one of 16 semifinalists for the Jim Thorpe Award.  The honor is presented each year to the top defensive back in the nation.    Alexander is one of two sophomores on the list, and is joined in that category by Shawun Lurry of Northern Illinois.  Other ACC players in the final 16 are Jeremy Cash of Duke and Jalen Ramsey of Florida State.

Alexander has not been a player opposing offensive coordinators have challenged over his 20 games as a starter.   Last year, as a redshirt freshman, opposing quarterbacks completed just 20 passes in 57 attempts for 280 yards and two touchdowns against the man he was assigned to on defense.   He was on the field for 766 plays, so opposing quarterbacks threw his way just once every 13 plays, or just 4,4 times a game.    They completed a pass on his man just once every 38 plays he was on the field.

So far in 2015, opponents are avoiding him even more.  In seven games, opponents have completed just four passes in 19 attempts against Alexander’s man.  He has not allowed a touchdown pass in his last 16 games over two years.

Going head to head with Notre Dame’s Will Fuller, Alexander allowed the Notre Dame star to catch just one pass for 14 yards when he was guarding Fuller.  Fuller had a 23-yard reception when Alexander was not involved in the play.  Fuller’s two receptions against Clemson are his low total for his last 20 games.