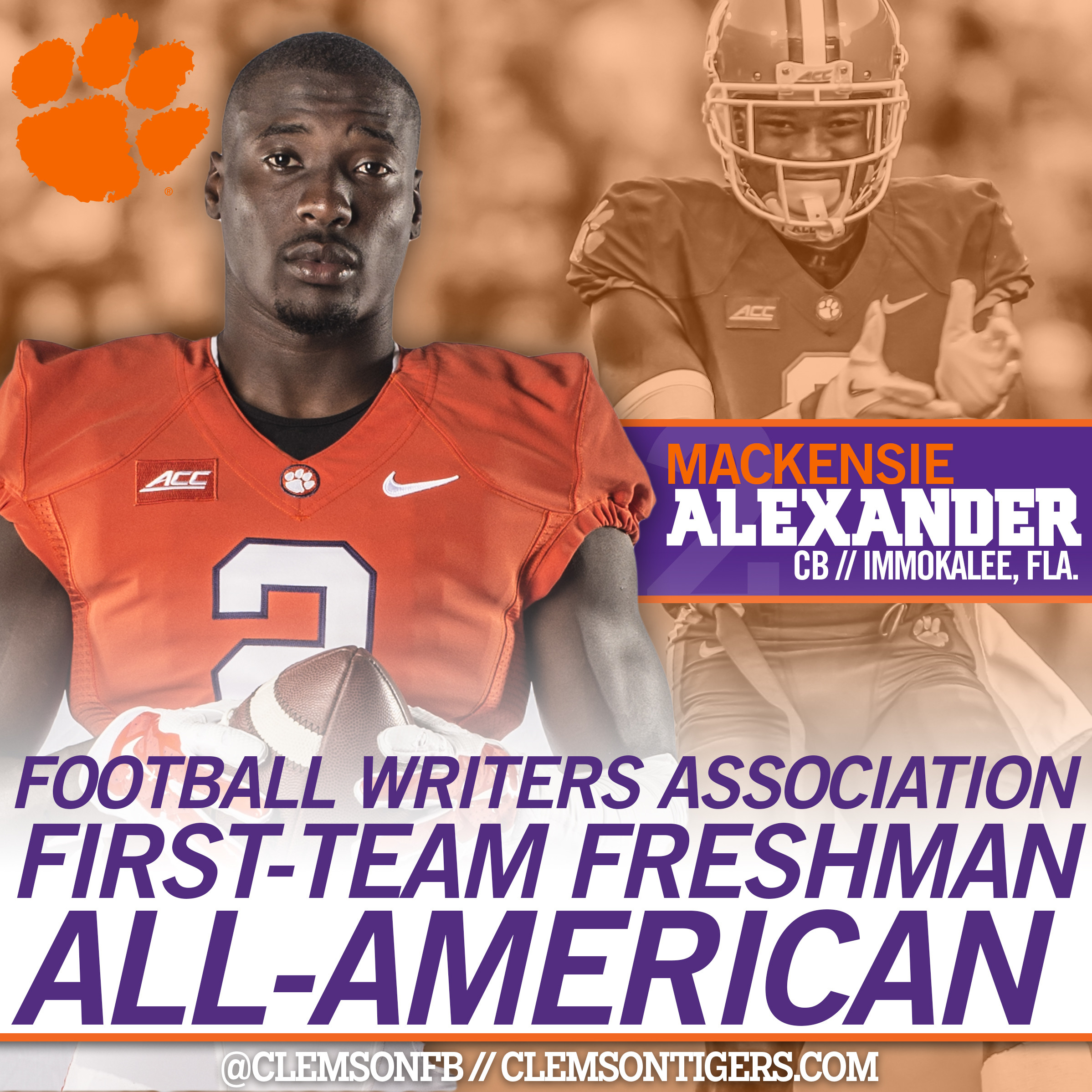 CLEMSON, S.C. – Mackensie Alexander, the first cornerback in Clemson history to start every game as a freshman, was named a first-team freshman All-American by the Football Writers Association of America on Wednesday. Alexander and Virginia safety Quin Blanding were the only ACC players named to the 30-man squad.

Alexander started all 13 games during the Tigers’ 10-3 season that included wins over South Carolina and No. 24 Oklahoma to finish the year. Clemson was ranked No. 15 in the final AP and coaches polls released Tuesday.

The native of Immokalee, Fla. had 22 tackles on 18 first hits and four assists, and added six pass breakups and a recovered fumble. He had a strong game against Oklahoma in the Russell Athletic Bowl when he had four tackles and two pass breakups. Sterling Shepard, Oklahoma’s top receiver with a 19-yard average for the season, had just one reception for 13 yards against Alexander and the Tiger secondary.

Alexander is the fifth Tiger to make the FWAA Freshman All-America team since it began in 2001. The others to make it were cornerback Justin Miller (2002), offensive tackle Barry Richardson (2004), linebacker Brandon Maye (2008) and wide receiver Sammy Watkins (2011).