The Tigers await a likely spot in a fifth-straight College Football Playoff when selections are announced Sunday at 12 p.m. on ESPN.

Clemson has now won 19 ACC Championships and 25 overall conference championships in its history.

Travis Etienne rushed for 114 yards and one touchdown on the night. Etienne reached 1,500 rushing yards in a season for the second consecutive season, becoming the first player in program history to accomplish the feat.

Clemson opened the scoring when Lawrence found Higgins on a 19-yard touchdown pass. Lawrence would respond to Virginia’s touchdown drive, connecting with Justyn Ross on a 59-yard touchdown to reclaim the lead in the first quarter. B.T. Potter knocked in a 47-yard field goal, Etienne added a 26-yard touchdown, and Lawrence connected with Higgins on a 7-yard score to give Clemson a 31-7 halftime lead.

Higgins added his third touchdown of the game to open the scoring for the Tigers in the second half, scoring from 11 yards out on a pass from Lawrence. Lyn-J Dixon scored on a 23-yard rush with a minute remaining in the third quarter, as Clemson increased its lead, 45-14. Potter added his second field goal of the night in the fourth quarter, this time from 24 yards out. Chase Brice scored his first career rushing touchdown with eight minutes remaining to give Clemson a 55-17 lead. Chez Mellusi capped off the scoring in the fourth quarter on a 4-yard rushing touchdown.

CHEZ MELLUSI runs it in 4 yards for a TD!

Chase Brice runs it into the endzone 4 yards for his first TD of the night!

Travis ETIENNE runs it 26 yards for a touchdown. This is his 5️⃣th consecutive game with a rushing TD. Tigers increase their lead to 24-7 with 9:10 left on the clock.

Trevor Lawrence connects with Justyn Ross for a 59-yard passing TD. Kick from B.T. Potter is good and the Tigers go up 14-7 with 4:46 left on the clock.

A 19-yard pass from Trevor Lawrence to Tee Higgins gets Clemson on the board first. Only took 5 plays over 1:34 to go 80-yards. 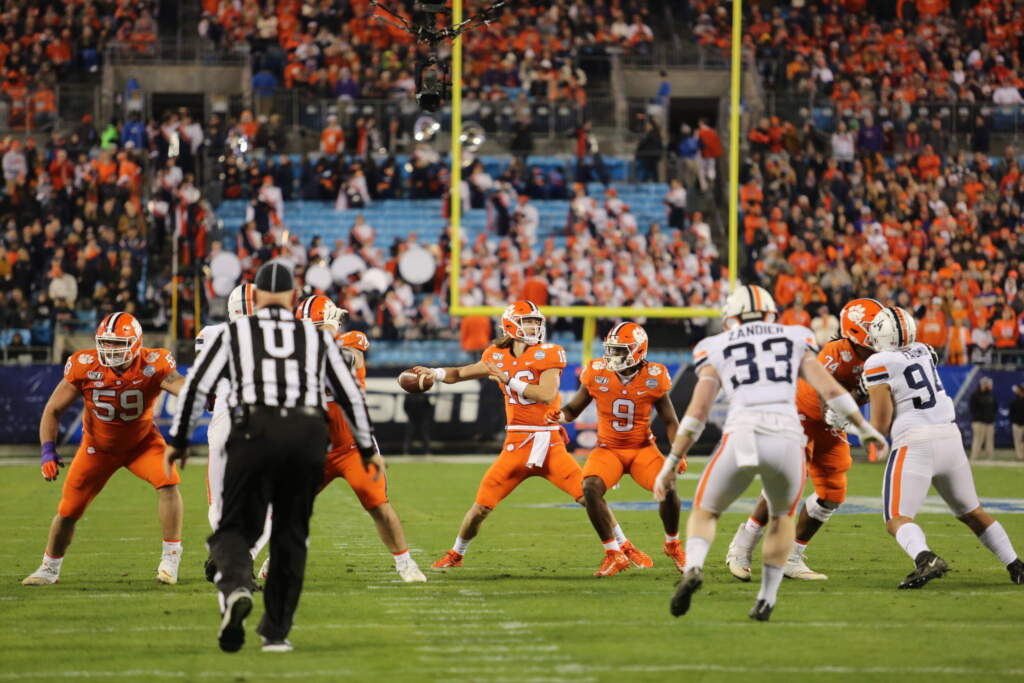 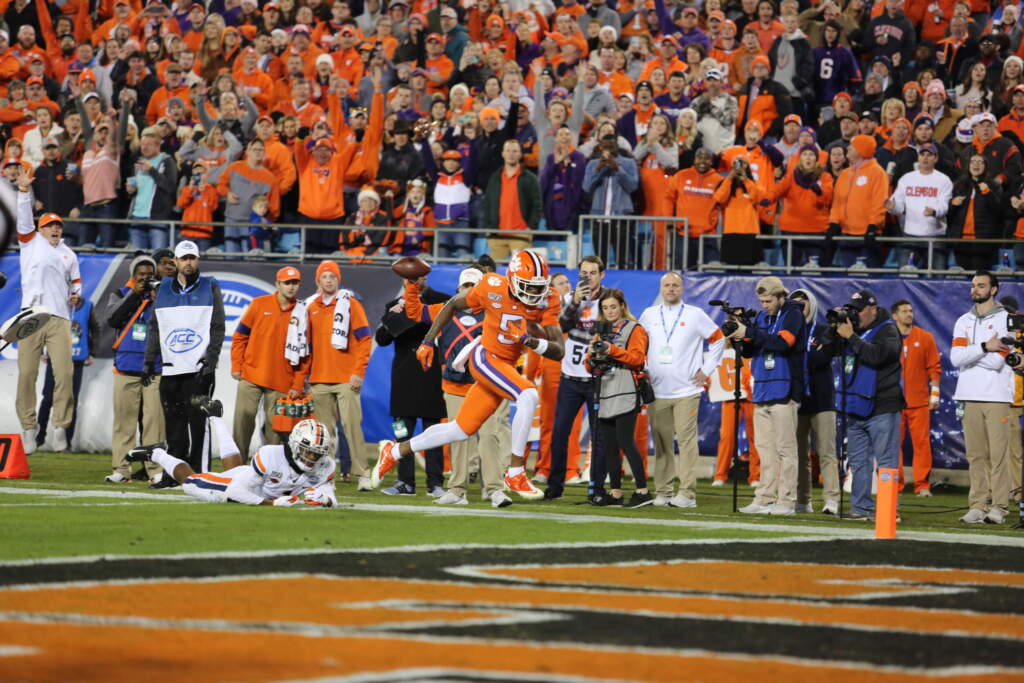