The Atlantic Division champion Clemson Tigers will be in search of another piece of history when the team takes to the field against the Coastal Division champion Pittsburgh Panthers in the 2018 ACC Championship Game. Kickoff from Bank of America Stadium in Charlotte is scheduled for 8 p.m. ET.

A win on Saturday would give Clemson its fourth consecutive ACC title and make the Tigers the first team in the conference’s 66-season history to win four consecutive outright titles. Bobby Bowden’s Florida State squads earned at least a share of the ACC title in nine straight seasons across the 1992-2000 campaigns but never earned four outright titles in a row. Clemson would be the first Power Five team to win four consecutive conference title games since Florida rattled off four straight SEC Championship Game wins from 1993-96.

The Clemson senior class enters the contest with an ACC-record 52 career wins. Featured among that group is defensive tackle Christian Wilkins, who is expected to play in his 57th career game on Saturday, which would tie fullback Chad Diehl (57 from 2007-11) for the most career games played in school history.

Pittsburgh is the last ACC team to defeat Clemson, having beaten the Tigers, 43-42, in 2016. With a win over Pittsburgh, Clemson would end a two-game losing streak to Pitt and have an active winning streak of at least one game against all 13 other ACC institutions.

IPTAY and the Athletic Department received more requests than tickets available for the 2018 ACC Championship Game in Charlotte, N.C. on Dec. 1.

Point cut-offs for IPTAY members will be communicated over the next few days.

Fans wishing to purchase official tickets may do so through Ticketmaster by clicking here. Or, visit theACC.com for more information.

Getting to the Stadium

The NFL Clear Bag Policy will be utilized. All persons entering Bank of America Stadium are subject to inspection of all belongings. Items that will be permitted but will be inspected at the gates prior to entry: 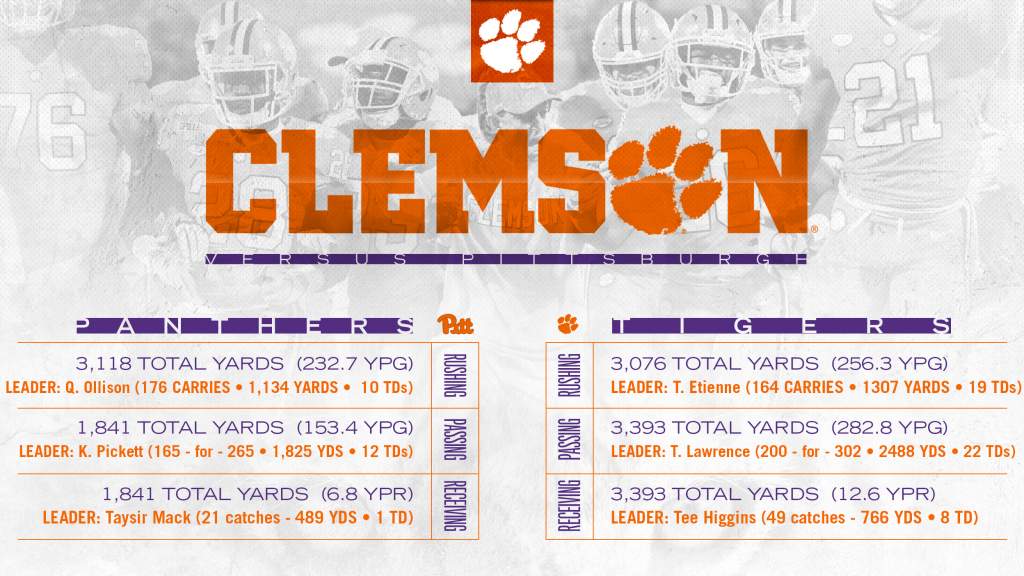 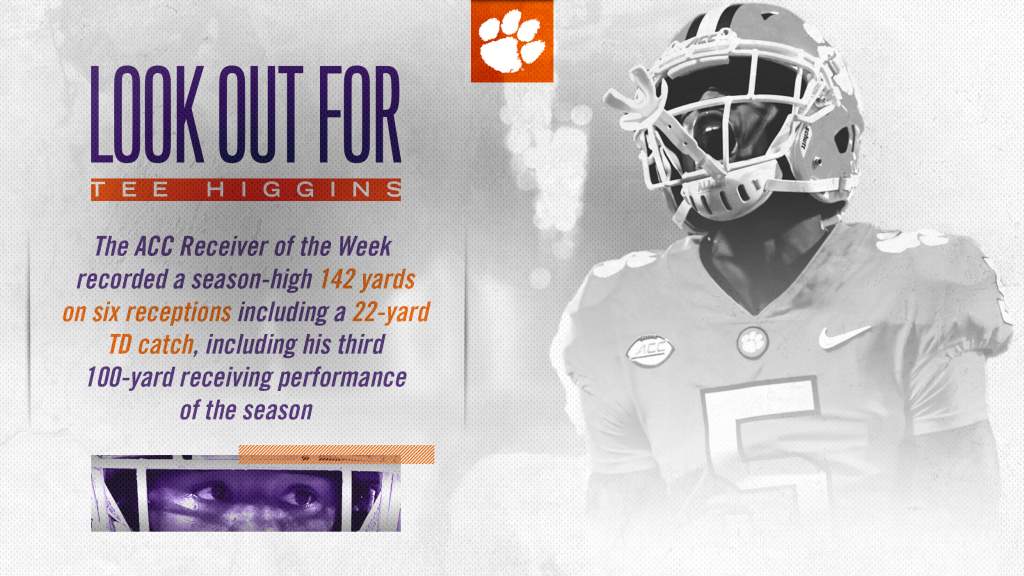 Savings up to 65$!
Gear Up for the Holidays Here!
For More Info