The Atlantic Division champion Clemson Tigers (12-0, 8-0 ACC) take to the field against the Coastal Division champion Virginia Cavaliers (9-3, 6-2 ACC) in the 2019 ACC Championship Game. Kickoff from Bank of America Stadium in Charlotte is scheduled for 7:30 p.m. ET.

With a win, Clemson can become the first team in an active FBS conference to win five consecutive outright conference championships since Alabama accomplished the feat from 1971-75. A win would earn Clemson a likely spot in the College Football Playoff when announced on Sunday.

Prime Time Kickoff: The game will kick off at 7:30 p.m. and will be televised by ABC. This marks the 11th consecutive year the game has been televised in prime time.

Advancing: The winner of the conference championship game has gone on to play in the National Championship Game or compete in the College Football Playoff in each of the previous six seasons.

Previous Meetings: Clemson and Virginia have met on 47 previous occasions with the Tigers holding a 38-8-1 advantage. The last meeting between the two came in 2013 when Clemson knocked off the Cavaliers, 59-10, in Charlottesville.

The Clemson Athletic Ticket Office and IPTAY’s allotment of tickets to the ACC Football Championship Game on Dec. 7 are sold out. General tickets for the game at Bank of America Stadium in Charlotte, N.C. are still available through the conference here. Tickets to this year’s game are mobile-only, with more information below.

Clemson earned its fifth consecutive Atlantic Division championship, and awaits the winner of the Coastal Division. The Tigers finished 8-0 in regular season conference play for the second straight year.

Fans wishing to purchase official tickets may do so through Ticketmaster by clicking here. Or, visit theACC.com for more information.

The easiest way to manage your tickets is through the official ACC Sports App! Fans can download the FREE ACC Sports app now on the App Store and Google Play.

If you have any questions, please contact the Charlotte Sports Foundation at 704-644-4047 or tickets@charlottesports.org. 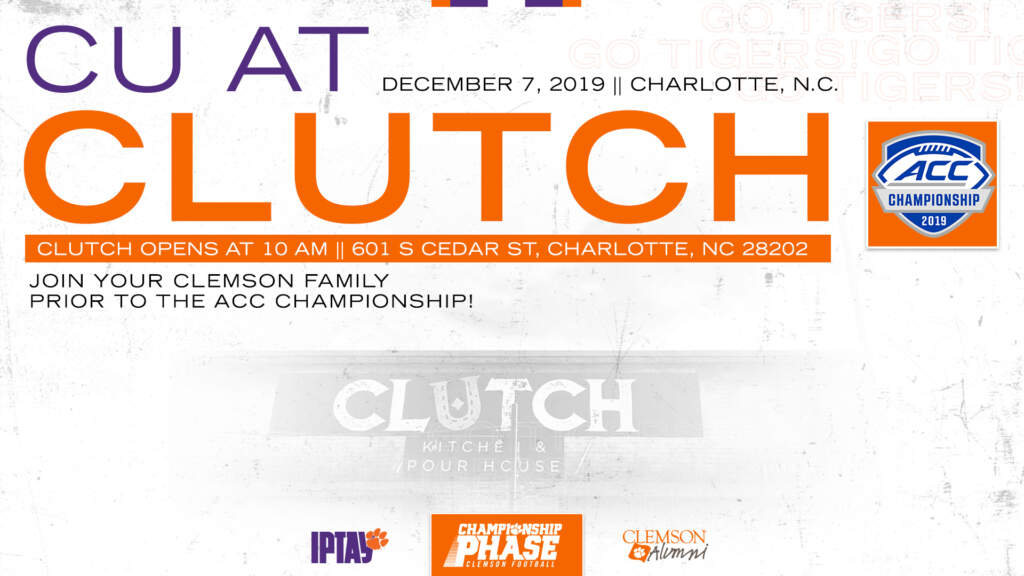 Getting to the Stadium

The NFL Clear Bag Policy will be utilized. All persons entering Bank of America Stadium are subject to inspection of all belongings. Items that will be permitted but will be inspected at the gates prior to entry: 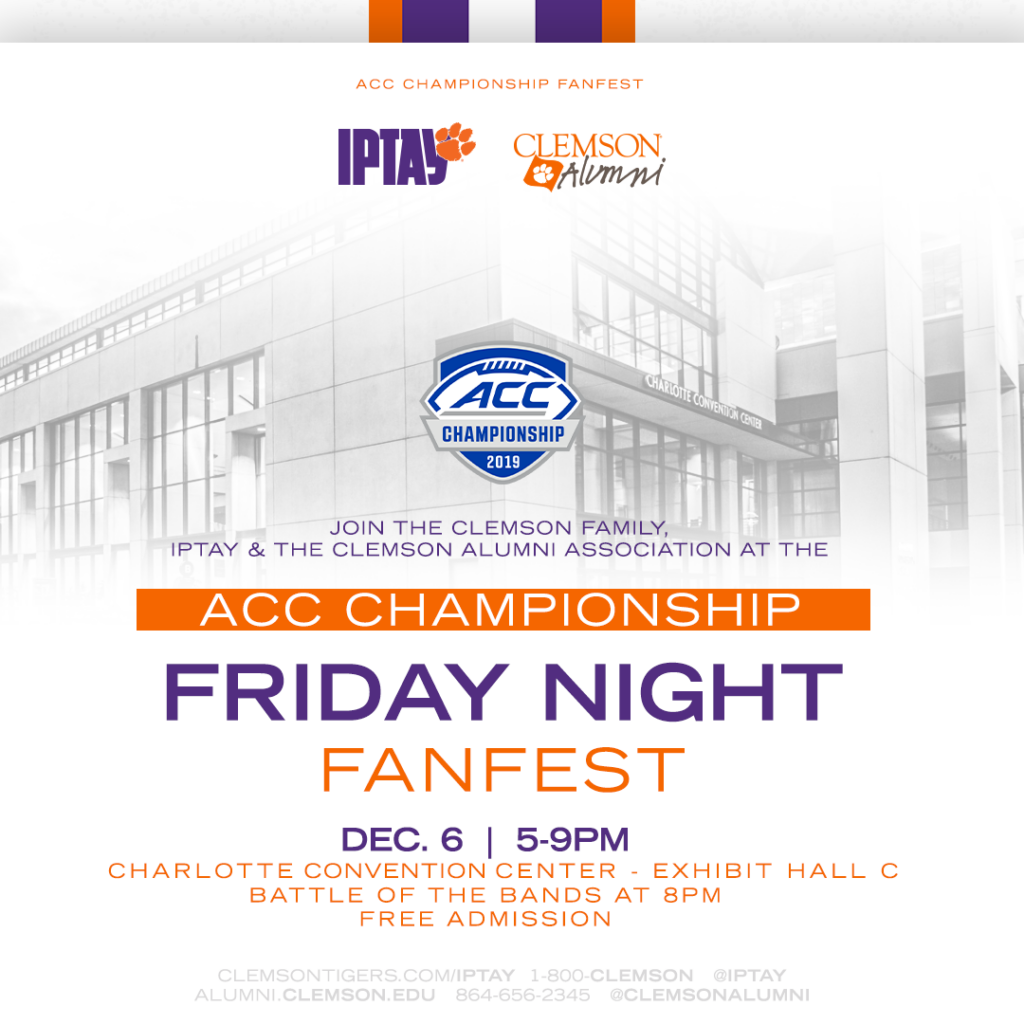 Atlantic Division Champ Tees!
Get yours now!
Savings up to 65$!
Gear Up for the Holidays Here!
share
Skip To Main Content