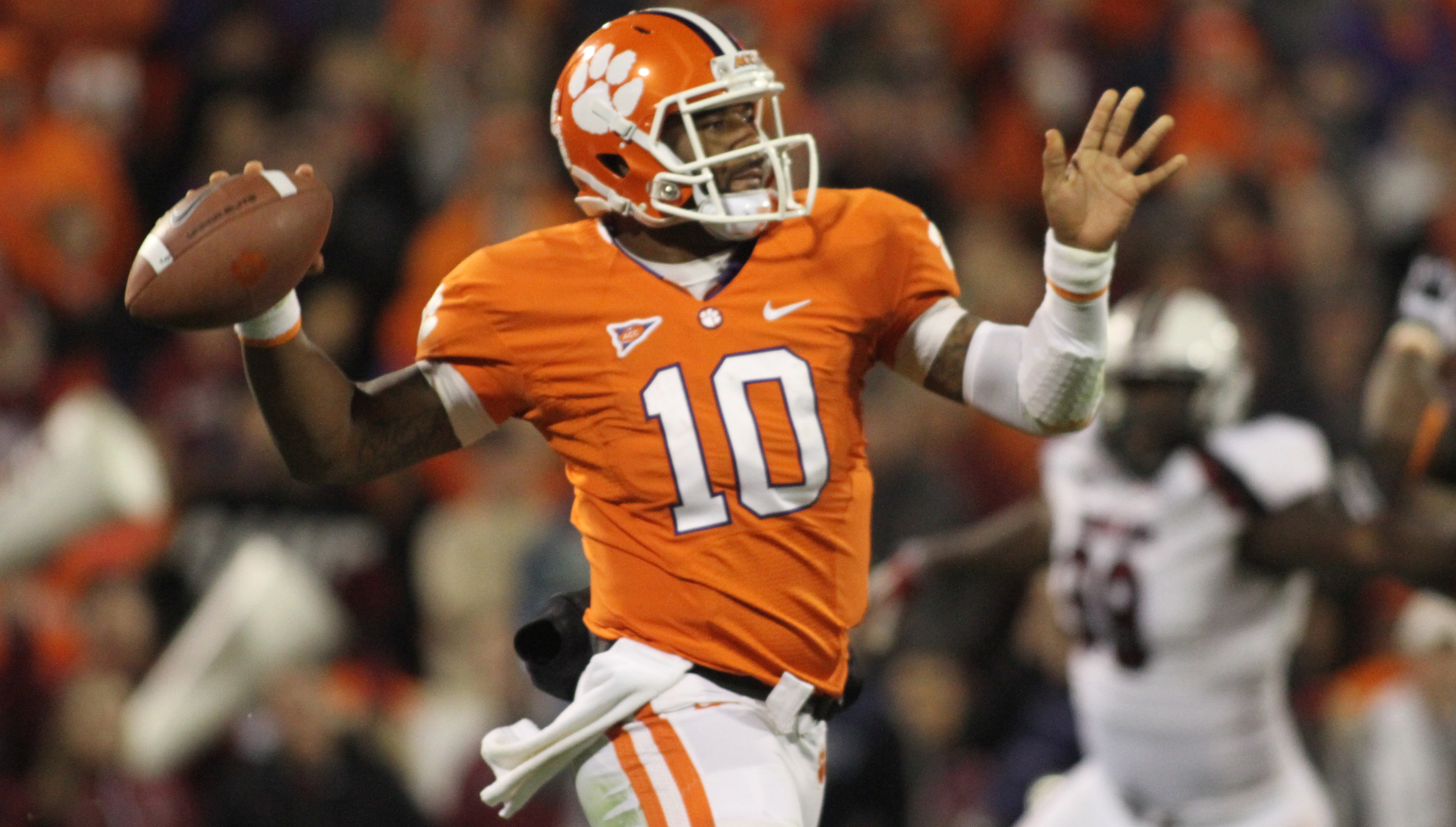 This year, for the first time under the auspices of the ACC, the league’s 12 head football coaches voted for an All-ACC football team, as well as Players of the Year, Rookies of the Year and a Coach of the Year award. Coaches were not allowed to vote for their own players and cast ballots for two points for first-team and one point for second-team selections.

Clemson, Florida State and North Carolina each had five players chosen to the first team, though UNC actually had six first-team picks as running back Giovani Bernard was named to the first-team offense as a running back, while also earning first-team specialist accolades. All of Clemson’s first-team honorees were on offense, while four of FSU’s five were on defense.

The Seminoles, who defeated Georgia Tech, 21-15, last Saturday in the ACC Championship football game in Charlotte, led all teams with 12 players selected to either the first or second team, followed by North Carolina (9) and Clemson (7).

In all, 10 of the ACC’s 12 schools placed a player on the first team with all 12 schools having at least one first- or second-team selection.

The 2012 Coaches All-ACC team was similar to the All-ACC squad announced last week by the Atlantic Coast Sports Media Association (ACSMA), as the two voting bodies agreed on all of the major award winners.

Clemson’s junior QB Tajh Boyd (Hampton, Va.) was selected by the ACC Coaches as Offensive and Overall Player of the Year for a record-breaking campaign which saw Boyd lead the Tigers to a 10-2 record, a No. 14 ranking in the BCS while setting ACC single game (8) and season (41) records for touchdown responsibility.

Florida State junior defensive end Bjoern Werner (Berlin, Germany) was selected the league’s Defensive Player of the Year after leading the conference in quarterback sacks (13.0) and placing second in tackles for loss (18.0).

Miami true freshman running back Duke Johnson (Miami, Fla.), who set a single-game ACC freshman standard with 368 all-purpose yards while also placing third in the league in rushing with 947 yards and a 78.9 yards-per-game average, was named the ACC’s Offensive Rookie and Overall Rookie of the Year.

The runner-up to Johnson in the Rookie of the Year voting, Maryland true freshman wide receiver and kick returner Stefon Diggs (Gaithersburg, Md.) was named to the All-ACC second team as specialist.

Duke’s David Cutcliffe, who led the Blue Devils to a bowl game for the first time since 1994 with a berth in this year’s Belk Bowl, was named ACC Coach of the Year after being selected on seven of the 12 ballots.

In all, there were four unanimous first-team selections (22 points) in Clemson’s Boyd and wide receiver DeAndre Hopkins, and North Carolina’s Bernard on offense and Florida State defensive end Cornellius Carradine on defense.