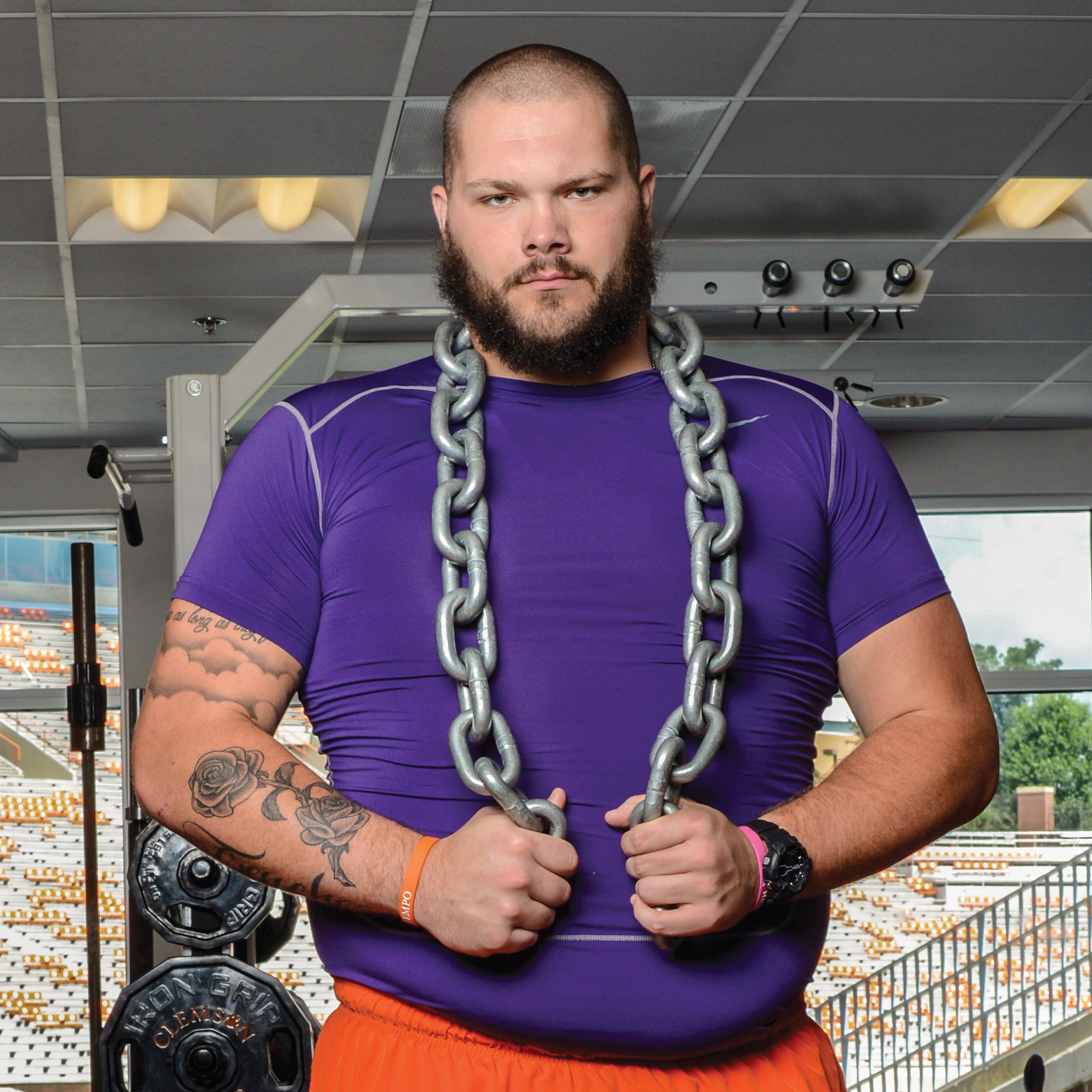 Spencer Region is a member of the Tiger football program who has contributed to the school’s athletic community both on and off the field. The senior from Cullman, Ala. has interned for the Clemson athletic department and will be the first member of his family to graduate with a college degree.

“My experience with the program has been great,” said Region. “There’s nothing like being a student-athlete at Clemson. It doesn’t matter what sport you play, your fanbase is always going to be there.

“Playing in Death Valley…there’s nothing like it. We’ve played a lot of places and Death Valley is by far the best. As an overall experience, it’s been great and I’m really blessed to have it.”

Region is a member of a senior class that has already won 34 games and has a chance to be the school recordholder for wins (the record is 40 by the 1990 senior class). He has been on teams that have won an ACC Championship and have recorded wins over top-10 teams in bowl games to conclude each of the last two years.

The 6’5”, 330-pound offensive guard was recruited by former Tiger Defensive Backs Coach Charlie Harbison, signing in 2011 as the highest rated of Clemson’s offensive lineman recruits. Region was originally committed to play at Auburn, but he later chose Clemson after feeling right at home on his official visit.

“The recruiting process was really fun,” remarked Region. “It was definitely one of those things that you just have to enjoy given all the pressures. I ended up at Clemson because I felt at home here with all the guys and (former center) Dalton Freeman as my host.”

Region also noted how the family-oriented atmosphere of the Clemson football program influenced his choice in becoming a Tiger.

“Coach (Dabo) Swinney and all the coaches…everyone just made it feel like home,” explained Region. “A lot of places preach they are about family, but at Clemson, you can tell it’s something we do. The emphasis here is family.”

Region’s relationship with the Tiger coaching staff has developed him as both a student-athlete and person.

“Coach Swinney is definitely a players’ coach. He runs a tight ship, but he also has a good relationship with us and lets us know that there’s more to life than football. He always checks in on us and makes sure everything is the best that it can be.”

Establishing a leadership role on the team has been a priority for Region in his experience with the program.

“I try to do my best. I feel like as seniors, we’re all leaders. We all need to make sure that everything is being done properly. We’ve done a good job of changing the culture at Clemson and we want to make sure that it stays the same after we leave.”

Region has a clear vision of success for his future and plans to continue his education after Clemson.

“I’m going to be the first one in my family to receive a college degree and I really want to finish strong in the classroom. I plan to go to another university to pursue my master’s degree.

“I want to be a U.S. Marshal when I’m done. I’m looking at some graduate programs closer to home, so I’m going to pray and let it play out.”

Region has made the most of his experience as a student-athlete at Clemson and continues to work towards his goals one day at a time.

“I love Clemson. I just want to keep focusing and make sure I get better as a person every day.”