Eight former Clemson student-athletes representing seven sports, plus a former athletic director who made one of the most important coaching hires in the 124-year history of the school’s athletic department, represent the 2019 Clemson Hall of Fame class. The announcement was made by Director of Block C Club Bob Mahony, who oversees the hall of fame and its selection process.

This year’s class includes six former All-Americans, a national player-of-the-year, three athletes who were named to ACC 50-Year Anniversary teams and three athletes who are still in the top 10 in scoring for their respective sports.

Also included in the 2019 Clemson Hall of Fame class are Karen Hartmann, a women’s track & field standout who was named to the ACC 50-Year Anniversary team in 2002, Nadra Simmons, a seven-time swimming All-American, and Dr. Terry Don Phillips, Clemson’s award-winning athletic director from 2002-12 who made the decision to hire Dabo Swinney as head football coach in 2008. 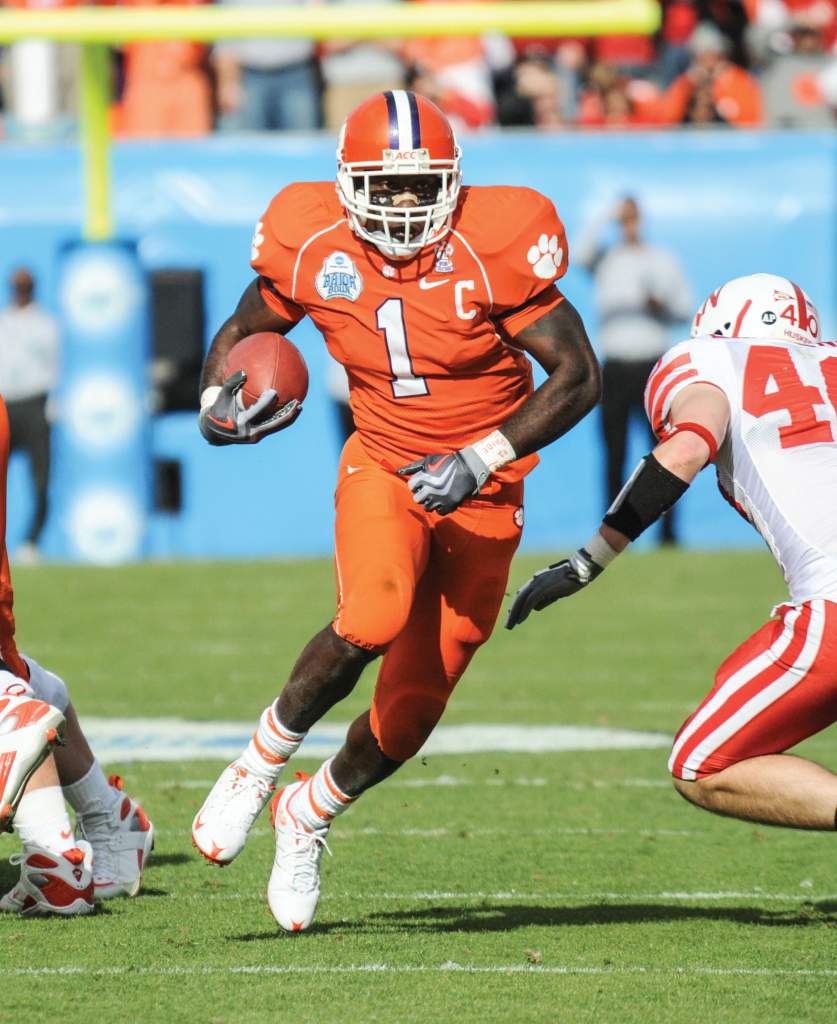 • Had 47 rushing touchdowns, second most in Tiger history, and is fourth in Clemson history in total touchdowns (49) and seventh in points.

• Will always be remembered for his career-high 216-yard rushing game in Clemson’s win over No. 12 Georgia Tech in 2006.

• Finished his career with 14 100-yard rushing games, third most in Clemson history.

• Led Clemson in rushing yards all four years, the only Tiger in history to lead the team four times. 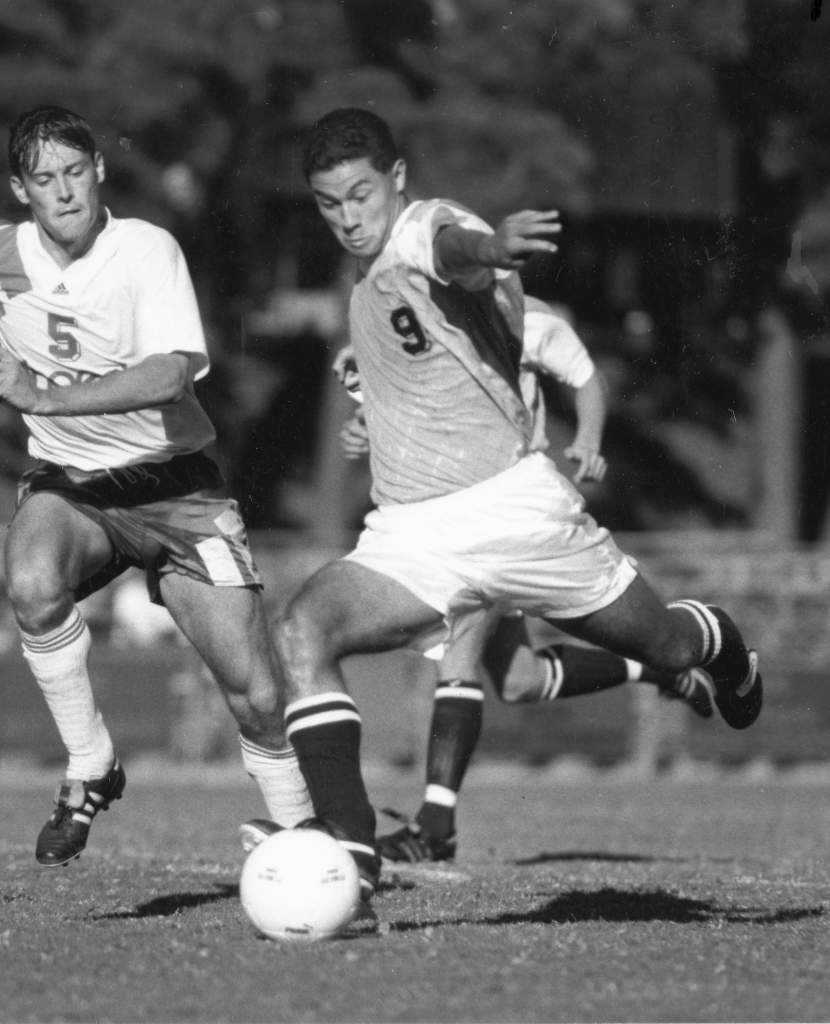 • One of four finalists for the Hermann Trophy in 1993.

• Unanimous first-team All-American in 1993 and was one of four finalists for the Missouri Award.

• His 32 goals are still tied for the Clemson season record and are eighth most in NCAA history.

• His 76 points in 1993 are still most in Clemson history and fifth most in NCAA history.

• Had 32 goals and 12 assists in 1993, the only player in Clemson history with 30 goals and double-figure assists in one year.

• Had eight “hat tricks” in his career, tied for most in Clemson history. Four of the “hat tricks” came in the 1993 season.

• Scored the game-winning goal with one second left to beat top-ranked Virginia in 1993.

• Burst on the scene when she earned All-America honors as a freshman. She finished third in the 800m at the NCAA indoor meet with a time of 2:04.55, fourth fastest in Clemson history.

• Earned All-America honors outdoors as a freshman and finished sixth at the NCAA Championships in the 1500m (4:22.72).

• Helped the indoor team to the ACC title in 1992, while the Tigers finished second two other times in her career. 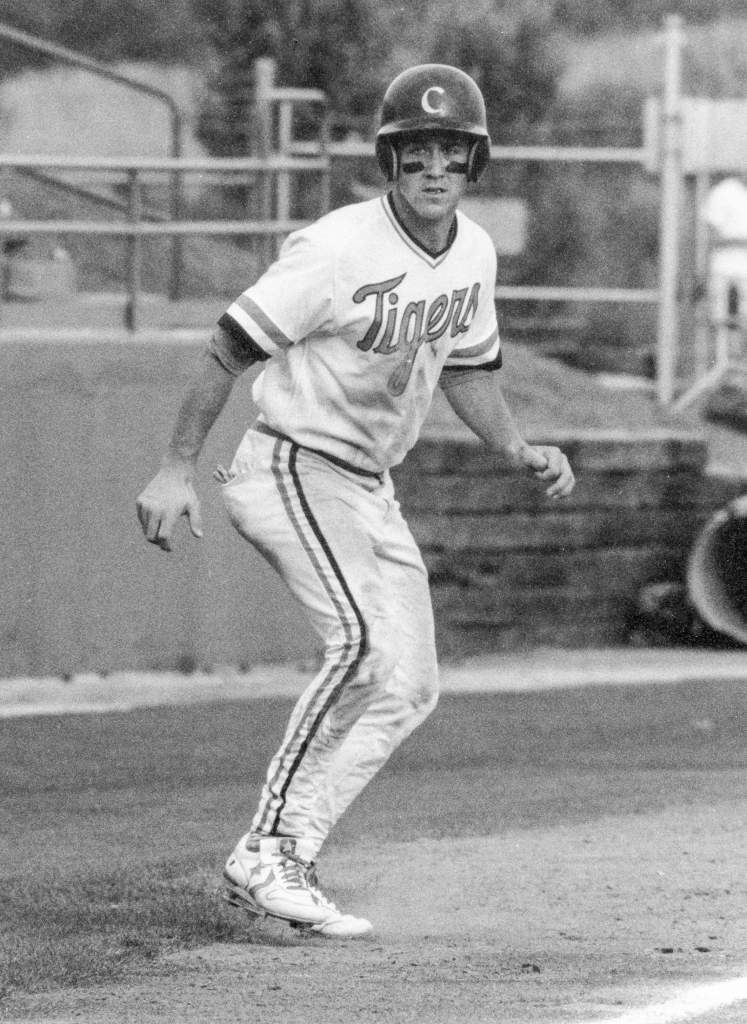 • Received national acclaim in 1990 for his 37-game hitting streak, second longest in school history and one of the top-25 streaks in NCAA history.

• Second-team All-American by Baseball America in 1990.

• Chosen All-Atlantic Region in the 1990 season. 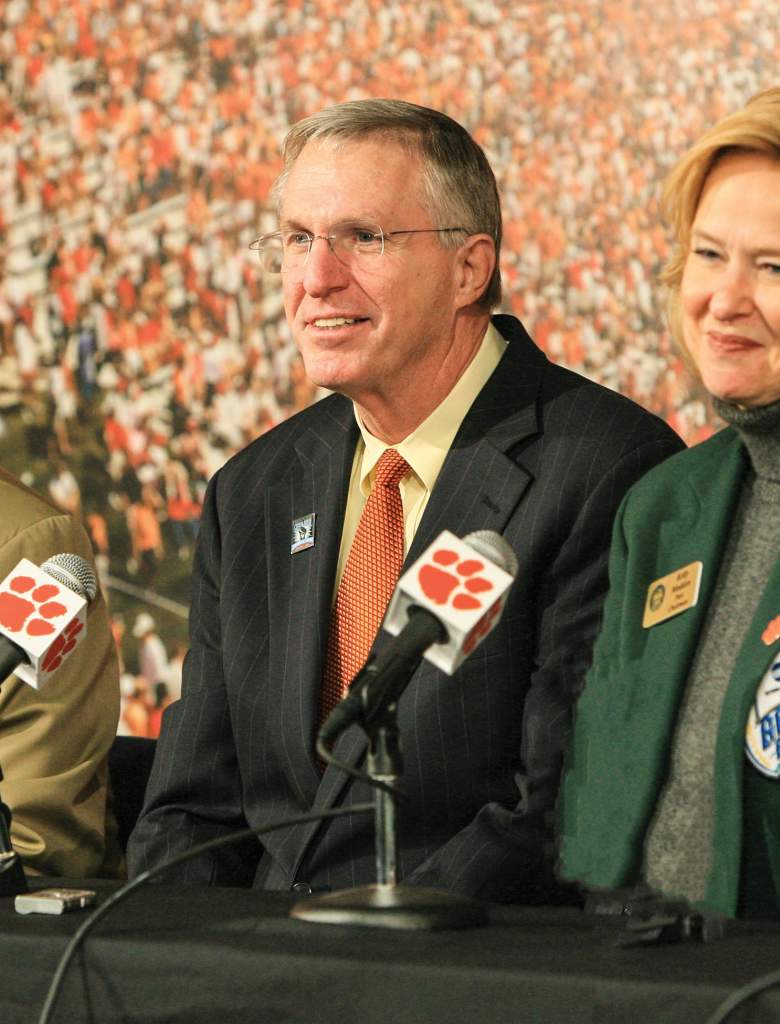 • The Clemson football team had six top-25 seasons, including an 11-2 record in his final year as athletic director, the program’s most wins in 31 years. The Tigers defeated a top-10 Louisiana State team in his final game.

• Under Phillips, the athletic program invested more than $140 million in facilities.

• NACDA Athletic Director-of-the-Year for the Southeast region in 2012.

• Bleacher Report named him one of the nation’s top-25 athletic directors.

• In 2012, he won the Bobby Dodd Athletic Director Award.

• WestZone and indoor football facility were constructed under his watch.

• He hired Dabo Swinney to an interim position in October 2008, then named him the permanent football head coach at the end of the regular season. Swinney has led Clemson to two national championships and five ACC titles. He is the winningest active coach in the country in terms of winning percentage. 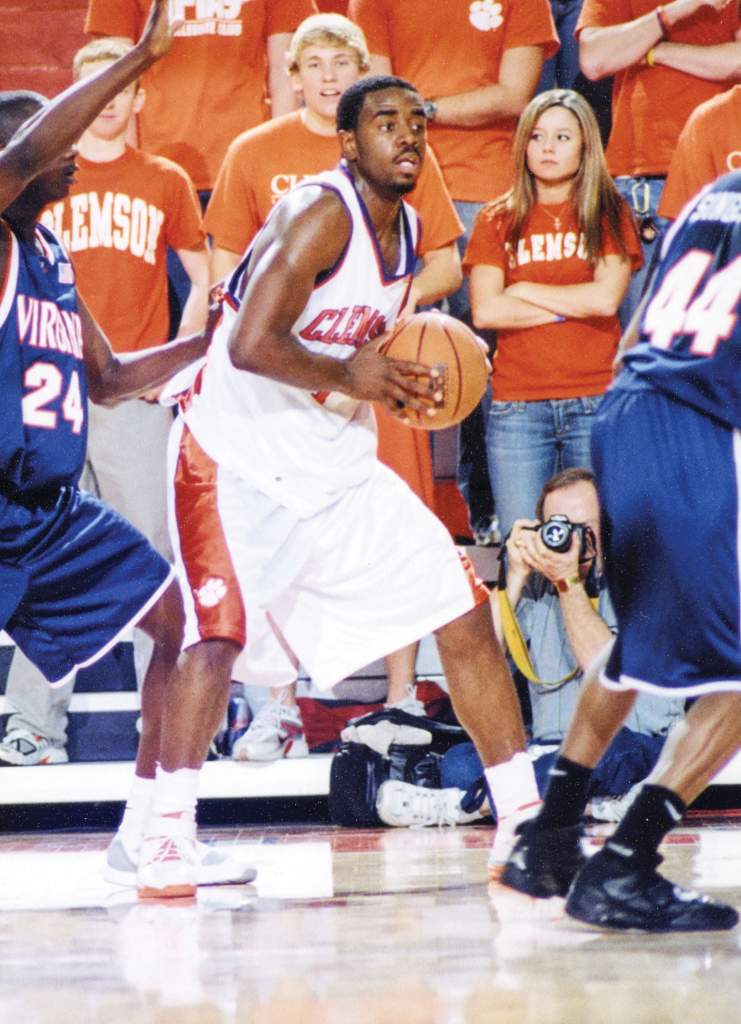 • Eighth in Clemson history in points (1,684). He was one of the most consistent players in school history, as he averaged between 14.0 and 14.7 points per game each of his last three seasons.

• Second-Team All-ACC selection in 2007-08, when he led Clemson to one of its best seasons, a 24-10 record, a third-place finish in the ACC regular-season standings and its second appearance in the ACC Championship game, including its first since 1962.

• Scored 28 points in the ACC Championship game against North Carolina. That team finished No. 22 in the AP poll, the best final ranking for the program in 11 seasons.

• Helped Clemson to the NCAA Tournament each of his last two years and to the NIT finals as a sophomore.

• Clemson’s career leader in three pointers (281) and is third in steals (210). He made a Tiger-record-tying eight three-pointers at Virginia in 2008.

• Has gone on to a long professional career, mostly in Europe. In 2014-15, he played on the Real Madrid team that won the Euro League and Spanish League titles. 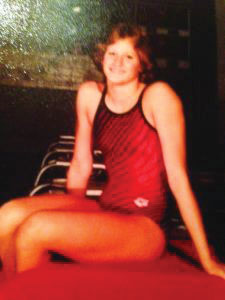 • Clemson won the women’s program’s first ACC title in the 1987 season, then it duplicated the feat in the 1988 season.

• She first won All-America accolades in the 100 backstroke at Texas in the 1985 season.

• Inducted into the Indiana High School Swimming Hall of Fame in 2015. She was a four-time high school All-American at Jefferson High School in Indiana.

• Nadra Simmons Woerner is now living in Zionsville, Ind. with her husband, Tim, and their two children. 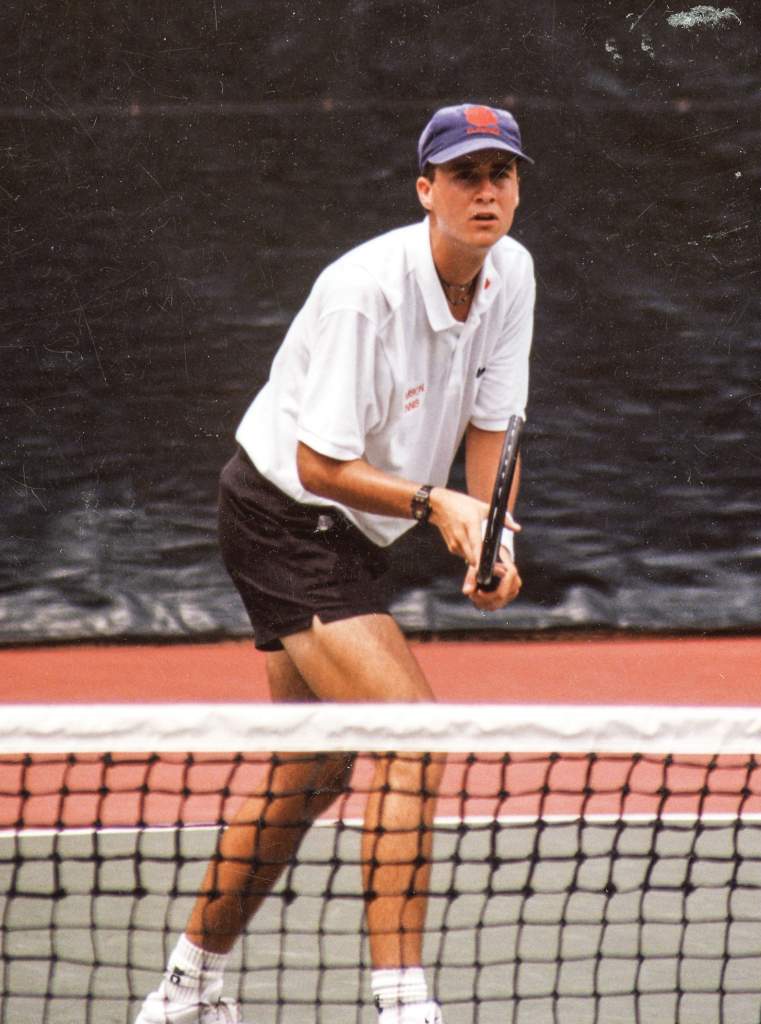 • Named ITA National Senior Player-of-the-Year in 1997, then won the Van Nostrand Award for sportsmanship in 1997, the first player in college tennis history to win both honors in the same year.

• Finished his career with a 115-50 record in singles and 112-48 record in doubles. He was one of 12 players in Clemson history to win 100+ matches of each in a career and is eighth in career doubles victories.

• Had a strong junior year, as he finished 30-13 in singles and was No. 59 in the final ITA rankings. He and Bruce Li were ranked No. 10 as a doubles team that year.

• Led Clemson to the ACC team title, the school’s first since 1988. He was a big reason Clemson was 3-0 in the tournament in Atlanta, Ga., including a 4-3 upset of Duke in the championship match. 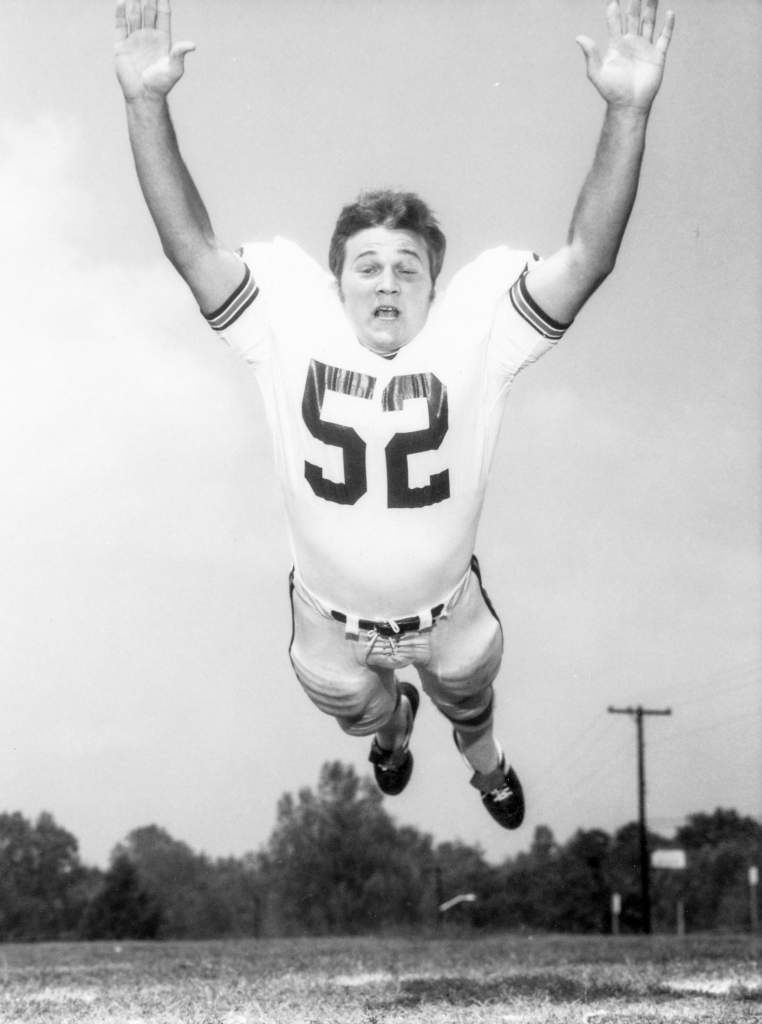 • Joined Wayne Mass and Harry Olszewski as the only Tiger offensive linemen to earn All-America honors between 1960-76.

• First-Team All-ACC selection in 1970 as an offensive guard.

• Won the Jacob’s Blocking Trophy for the state of South Carolina in the 1970 season.

• Starter at center for all 10 games as a junior in 1969, then played all 11 games at offensive guard in 1970. His versatility was a key to his success at the professional level.

• Highest drafted pure offensive lineman in Clemson history with his No. 30 overall selection. Lou Cordileone (No. 12) and Harold Olson (No. 13) went both ways when they were chosen in the 1960 draft.

• Played 56 games over five years in the NFL. He played all 14 games in three of those five seasons. He played for the Detroit Lions from 1971-73 and New Orleans Saints from 1974-75. He was on the practice squad for the Tampa Bay Buccaneers in 1976.

• Came to Clemson from Fairfax, Ala.