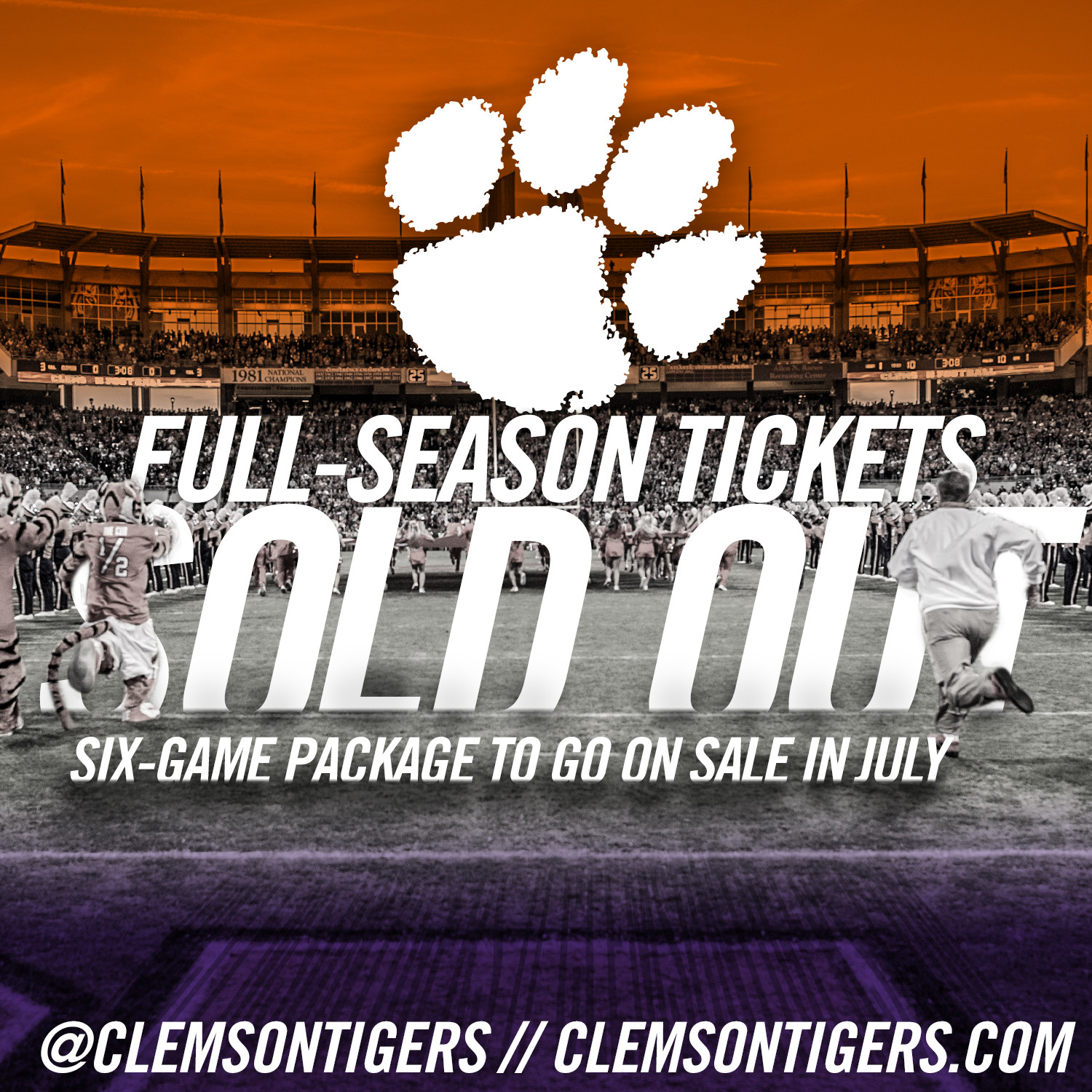 CLEMSON, S.C. – With 78 days remaining before its home opener on Sept. 10, Clemson has announced it has sold all available 2016 football season tickets for the upcoming campaign. With 57,059 season tickets sold, the Athletic Ticket Office is no longer taking orders for full seven-game packages.

The athletic department will make available a non-renewable, six-game package – featuring all home games except the South Carolina game – in mid July. Any available single-game tickets will go on sale in late July.

Less than a month after reservations began being accepted and eight days ahead of the July 1 priority deadline, over 2,000 men’s basketball season tickets have been reserved for the 2016-17 season in the rebuilt Littlejohn Coliseum. Fans can find more information – including seat maps and pricing, a virtual view of the new arena and see the latest construction updates – at www.clemsontigers.com/basketball.