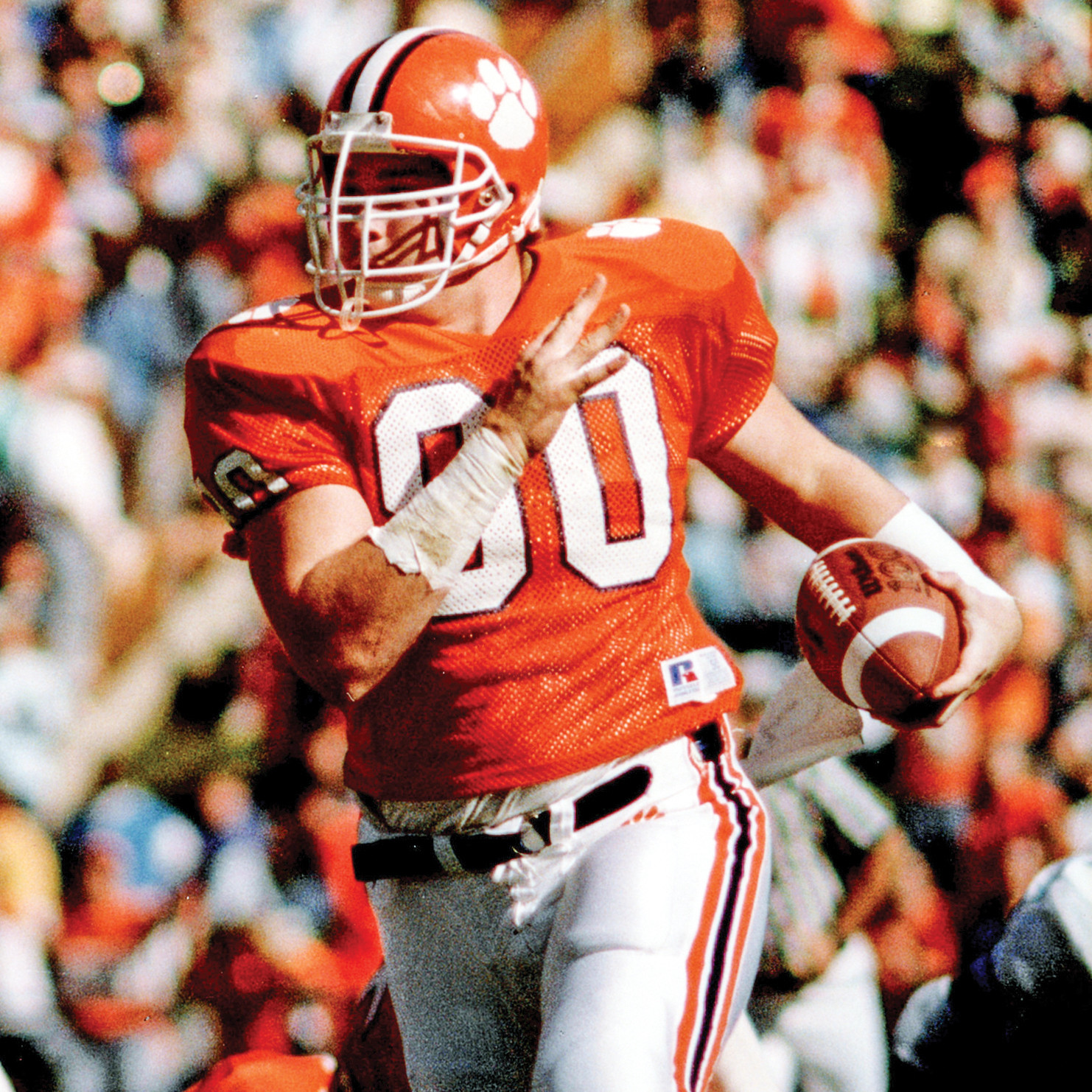 As hard as it is to believe, 9,020 days have passed from Jan. 1, 1991 until this afternoon’s contest with Appalachian State. On that day, the Tigers earned a Hall of Fame Bowl victory to remember, claiming a 30-0 shutout over No. 14 Illinois.

Many players from the 1990 squad return to Death Valley this afternoon to celebrate their 25-year reunion. The opportunity to return to Clemson and renew old friendships is always enjoyable.

But for members of the 1990 team, who were the fourth consecutive Tiger squad to post a 10-2 record, the chance to renew old acquaintances and remember a successful season is very satisfying considering the way the year began. That team had an 83.3 winning percentage (40-8), third highest in Clemson history, and won two ACC titles.

It was in early January 1990 when things changed significantly for Clemson football. Ken Hatfield was named the 22nd head coach after Clemson and Danny Ford agreed to a mutual separation. For members of 1990 team, it was a time of transition and change.

“Those were some crazy times,” recalled Vance Hammond.

An All-ACC pick in 1989 and 1990, Hammond was one of the senior leaders on that 1990 team. He understood that the wheels could come off a successful program if everyone did not pull together.

“At the time, we did not understand what was going on,” admitted Hammond. “For the seniors on the team, it was very important to keep everyone on the same page. We knew we had the chance to have a great year, but everyone had to be together.”

After Hatfield was named head coach, Hammond saw a coach and a staff willing to adapt to continue the success that had been so common at Clemson over the years. The program had just had its third straight 10-win season and third straight top-15 finish.

“Having the spring to adjust to a new coaching staff was very important,” said Hammond. “The offense was going to be similar to what we had done before and the defense had so many returning players. The most important thing was everyone being on the same page and communicating with each other.”

The results from the 1990 season show the team made the transition to a new coaching staff and a new era. Hatfield became the first Clemson coach to win 10 games in his first season. The Tigers finished the season with six victories over teams with a winning record, more than any team that year with the exception of national champion Georgia Tech. The Tigers also finished No. 9 in the final polls.

Hammond, who is now the director of the Boys & Girls Club in Spartanburg, S.C., is proud of the success of the 1990 team, but to this day still thinks the season could have gone even better with just a few breaks.

“Our only two losses were on the road to a really good Virginia team that had Shawn Moore, Herman Moore and Terry Kirby, and the eventual national champion, Georgia Tech,” said Hammond.

“In the Georgia Tech game, we moved the ball all over the field but only scored 19 points. If we had scored one more touchdown instead of a field goal, we could have been right there in the mix for big things at the end of the year.

“To end the season with a dominating performance on New Year’s Day against a Big Ten team was something to be proud of. Winning 10 games each season meant a lot to the seniors on that team.”

With Hammond still calling Spartanburg home (he is a graduate of Dorman High School), he has the opportunity to be around the current Clemson players and coaches several times throughout the year. The success Dabo Swinney has displayed has not gone unnoticed or unappreciated.

“I started coming to games in a patrol car when I was nine,” said Hammond. “My dad was a highway patrolman and directed traffic. I was one of those kids who would slide down the Hill on a cardboard box.

“To see how coach Swinney has embraced the players who helped build this program over the years means a lot. He has extended a hand of fellowship from the first day he was named head coach. We are all part of something bigger that makes Clemson what it is today.”