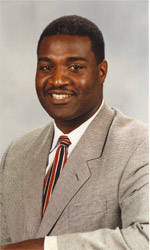 Each home program throughout the remainder of the 2001 season, we will take Clemson fans back 20 years to review the greatest season in school history. The Tigers’ drive to the 1981 National Championship was a season few Clemson fans over the age of 30 will ever forget. This week, we will reflect on the beginning of the season’s stretch run, as the Tigers finish “running the table” against Atlantic Coast Conference foes on Tobacco Road.-Editor

After a 38-10 victory over Duke on Oct. 17 in Durham, NC, Clemson rose to a heady fourth-place ranking in the weekly Associated Press poll, which was the team’s highest ranking ever. With a sparkling 6-0 record, the excitement level was beginning to rise to a fever pitch.

It was a gray, chilly day as the Tigers faced N.C. State the following Saturday in Death Valley. Things started badly as the State’s Larmount Lawson ran across the Clemson goal line on the Wolfpack’s second drive. It was the first rushing touchdown the Tigers had given up all season. However, that proved to be a wake up call – N.C. State went from the third play of the second quarter until 7:57 left in the game without getting another first down. Clemson’s defense featured eight future NFL players and they could be a dominating group.

Jeff Bryant, the then-huge (average football player dimensions have changed a lot since then, but 6-5 and 260 pounds was a big guy in 1981) senior defensive end was a big key, as the Atlanta native had a stellar day, recording eight first hits, four assists, and four tackles for loss. Bryant, earned a second straight ACC Defensive Player of the Week award for his efforts.

After the touchdown, the Tigers came back with a 39-yard field goal by Donald Igwebuike (a name that few people who worked in the sports information office will ever forget either how to spell or pronounce, as nearly every out-of-town sports writer who called the office would invariably utter some variation of “what did you say?” when the name of the freshman placekicker from Nigeria came up) and a one-yard touchdown run by Cliff Austin. A fourth quarter, 15-yard touchdown rumble by fullback Jeff McCall provided the final 17-7 margin.

The mood in the Tiger camp made a subtle shift after the N.C. State game. Instead of the feeling of “Wow, we’re still undefeated,” prevalent through the first eight weeks of the season (the Tigers had an open date on Sept.26, and even without playing, had risen four places in the AP poll), the sentiment became, “You know, we might just be a pretty darn good team.”

During practice the week before the Oct. 31 contest with Wake Forest, the Tiger coaching staff was very concerned about stopping Wake Forest’s potent passing attack. As it turned out, it really didn’t have much to worry about.

It was only appropriate this game was played on Halloween – the game quickly became a nightmare for the Demon Deacons. The Tigers literally could not be stopped. The offense was 12-for-12 on third down conversions, racking up 536 yards rushing and 756 yards of total offense while scoring a scoreboard-frying 82 points. All are still Clemson single game records in the modern era.

In the days before the Internet, radio networks from other schools would call the press box for updates on other games in progress. After Homer Jordan ended his day with a 75-yard touchdown pass to Perry Tuttle to make the score 55-14, everyone stopped reporting the score from Death Valley – they all thought they were the victim of a practical joke.

Things officially got strange when Craig Crawford scored on a 72-yard run. The freshman was so far down on the depth chart that when he scored, the press box thought second team linebacker Otis Lindsay had been put in on offense. The Tigers dressed everybody on the team for this game and Crawford was actually wearing a duplicate number. The Demon Deacon mascot then performed the 82 pushups to spell the nearly exhausted Tiger mascot. The Deacon later got in trouble for this, but Clemson fans thought he was just being a good sport.

Then came the game – the showdown with North Carolina for conference supremacy. The week before the game, the sports information office hosted Sports Illustrated writer Alexander Wolfe (the first time an SI writer had covered the Tigers) and actually had to staff the Danny Ford Appreciation pep rally in Clemson’s amphitheater, an event that was coordinated by future CBS This Morning host Jane Robelot, who coordinated the Pep Rallys for Central Spirit that year, her senior year at Clemson.

One of Jane’s most memorable days as a Clemson student took place the Wednesday prior to the game when she went to Frank Howard’s office and asked him to call Bear Bryant to invite him to the Pep Rally. Howard made the call, but Bryant, still coaching Alabama at the time, declined.

Kenan Stadium in Chapel Hill, NC, is a beautiful place to play football, and the bright, sunny day made it the perfect setting for the ACC’s first-ever meeting of top-10 teams, with the second-ranked Tigers taking on the eighth-ranked Tar Heels. Bowl scouts, with their multi-hued sports coats, were in the press box in force and there were so many writers covering the game that classroom desks were used to handle the overflow.

The game lived up to the hype and the regional TV audience (this was only the second time the Tigers had been on the tube that season, as this was in the prehistoric, TV days when only ABC televised games) saw quite a battle.

After a scoreless first quarter, North Carolina took a 3-0 lead, but the Tigers came roaring back, driving 81 yards in 14 plays, with Jeff McCall going the final seven yards for the score. A blocked punt through the end zone gave UNC a safety, and the Tigers led 7-5 at the break.

The Tigers added to their margin seven minutes into the second half with a 39-yard Igweuike field goal. North Carolina marched back, but the Clemson defense held and the Tar Heels added a field goal to make the score 10-8 in favor of the Tigers in the fourth period. Late in the game, Carolina had been pinned deep in their end of the field after a booming 40-yard punt by Clemson freshman Dale “Thunderfoot” Hatcher. But the Tar Heels dug themselves out of the hole and were marching down the field.

What happen next was quite possibly the biggest play of the season. North Carolina quarterback Scott Stankavage flipped a screen pass to fullback Allan Burrus in the right flat at the Carolina 40. Burrus bobbled the ball and it fell to ground.

On the Clemson sideline, time seemed to stop. It was like a movie playing out in slow motion. Players and coaches were yelling “Geeeeettt thhhheeee baaaaalllll” as they realized it was a fumble, and “Boogie,” as Bryant was nicknamed, came from across the field and alertly fell on the pigskin. If you watch the TV replay, it seemed like a bang-bang play. On the field, though, it took a couple of days. The referee pointed toward Clemson’s end zone and the several thousand people dressed in orange went berserk. Not surprisingly, Bryant was again ACC Defensive Player of the Week.

The mood in the Tiger camp then changed again. Instead of “You know, we might just be a pretty darn good team,” the feeling became “This must be destiny. It really is our year.”

Jeff Rhodes was a student assistant in the Clemson sports information office during the historic 1981 season and 20 years later still returns to every Clemson home game to work on the stat crew.