Editor’s Note – This is the 125th season of Clemson football. To commemorate the first 125 years, Tim Bourret is writing articles this year on some of the most important moments in Tiger history. Below is the sixth and final installment of the series.

When I first considered story ideas for the 125 years of Clemson football, we were scheduled to play South Carolina at Clemson in the final regular-season game. COVID-19 changed all that, and for the first time since 1908, the Tigers and Gamecocks are not competing on the gridiron.

However, how can you review the history of Clemson football without an article on the series with South Carolina? It has been within the fabric of the Tiger program since the teams played on Nov. 12, 1896 in year No. 1 and game No. 2 in Clemson history.

From a Clemson perspective, there are a lot of positives to recount. The Tigers hold a 71-42-4 lead in the series. What is extraordinary is that Clemson had to play every game in Columbia from the first meeting in 1896 through 1959. The game was played in conjunction with the “Big Thursday” state fair celebration.

When Clemson had a stadium that could seat just as many fans as Williams-Brice Stadium, Frank Howard finally convinced the Gamecock administration to make it a home-and-home series. 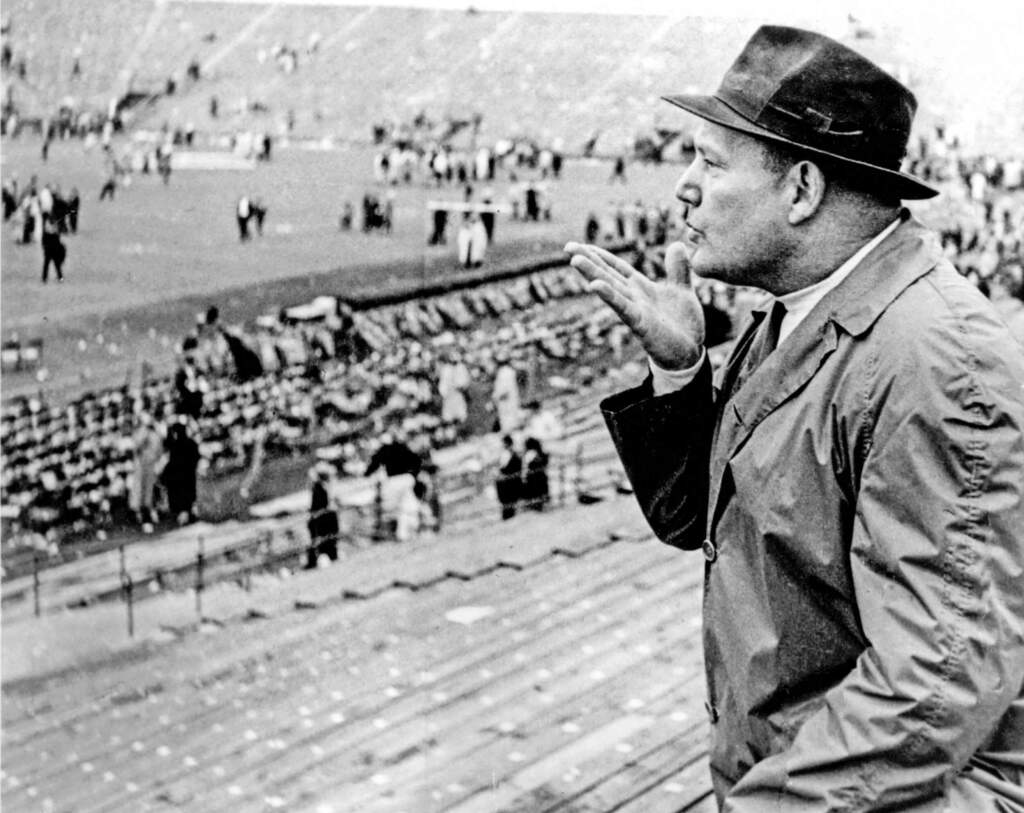 Another odd note about the series history is that only two of 11 different South Carolina coaches have a winning record in Death Valley. One of those is Brad Scott, who was 2-1 against Clemson in Memorial Stadium. He went on to work at Clemson as an assistant coach and football administrator from 1999-19. Clemson has a 19-10-1 (.650) record against South Carolina in Death Valley and 52-32-3 (.615) record in Columbia.

There have been many landmark moments in the series. In 1928, the teams were both 5-0 heading into the game, the last time both teams were undefeated entering the contest. The injured O.K. Pressley came off the bench to record a tackle for loss on four consecutive plays in a momentum-changing performance in the second half. Pressley was Clemson’s first All-American.

A blocked punt has been a big factor twice in the series in games that allowed the Tigers to preserve undefeated seasons. In 1948, with just 4:30 left and South Carolina in possession on its own 28 with a 7-6 lead, Phil Prince broke through and blocked a punt. Oscar Thompson scooped up the ball at the 11 and ran it in for a touchdown. It was Clemson’s only touchdown in the 13-7 victory. The Tigers went on to an 11-0 record that season.

In the 1981 season, the Gamecocks again had the ball on their own 28, but this time in the first half. Rod McSwain broke through the line and blocked a punt. The football caromed all the way to the endzone, where Johnny Rembert, McSwain’s future teammate with the New England Patriots, recovered the ball for a touchdown. 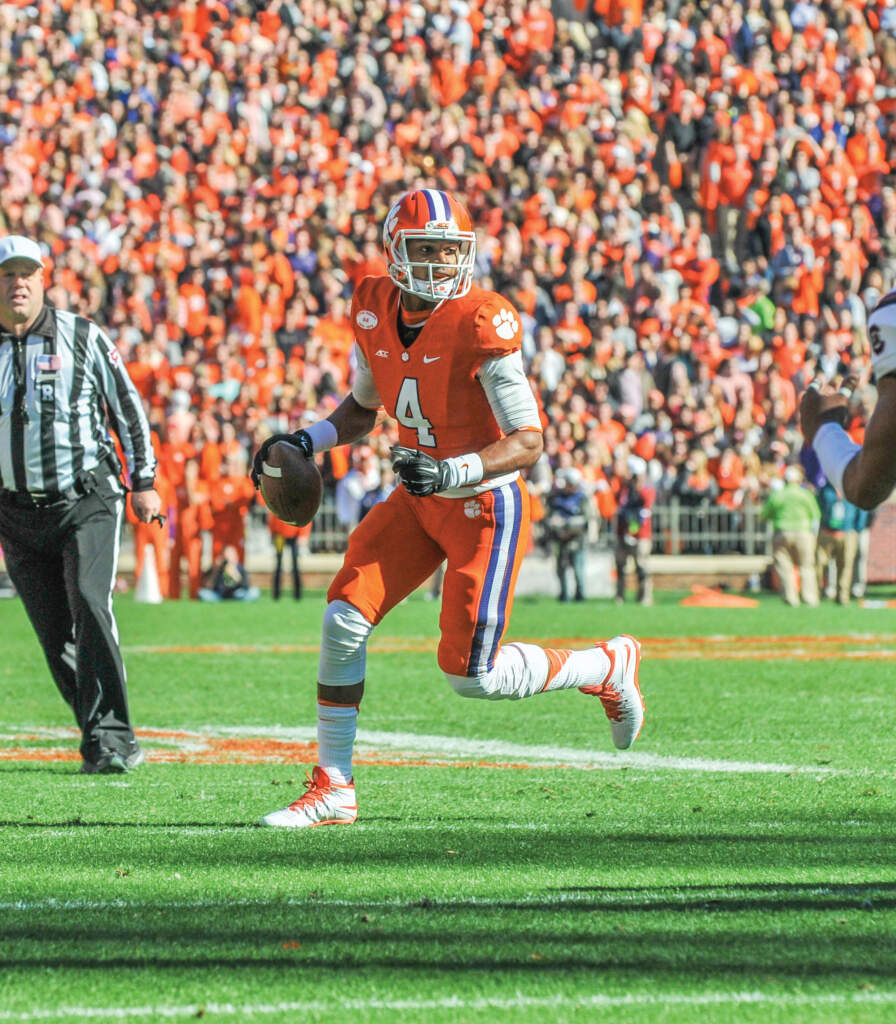 There have been many other noteworthy performances. Longtime Clemson fans will never forget offensive lineman Harry Olszewski grabbing a midair fumble and racing 12 yards for a score in 1966. The following year, Buddy Gore had 189 rushing yards against South Carolina and became the first Tiger to gain 1,000 rushing yards in a season.

Charlie Whitehurst did not have a last-minute victory (who could forget 63-17 in 2003), but he remains the only starting quarterback in the series to win four times.

The most legendary performance might have come in 2014, when Deshaun Watson led the Tigers to a 35-17 victory while playing with a torn ACL. The freshman passed for 269 yards and somehow ran for two touchdowns.

We look forward to a return to normalcy in every aspect of life, including the South Carolina rivalry.