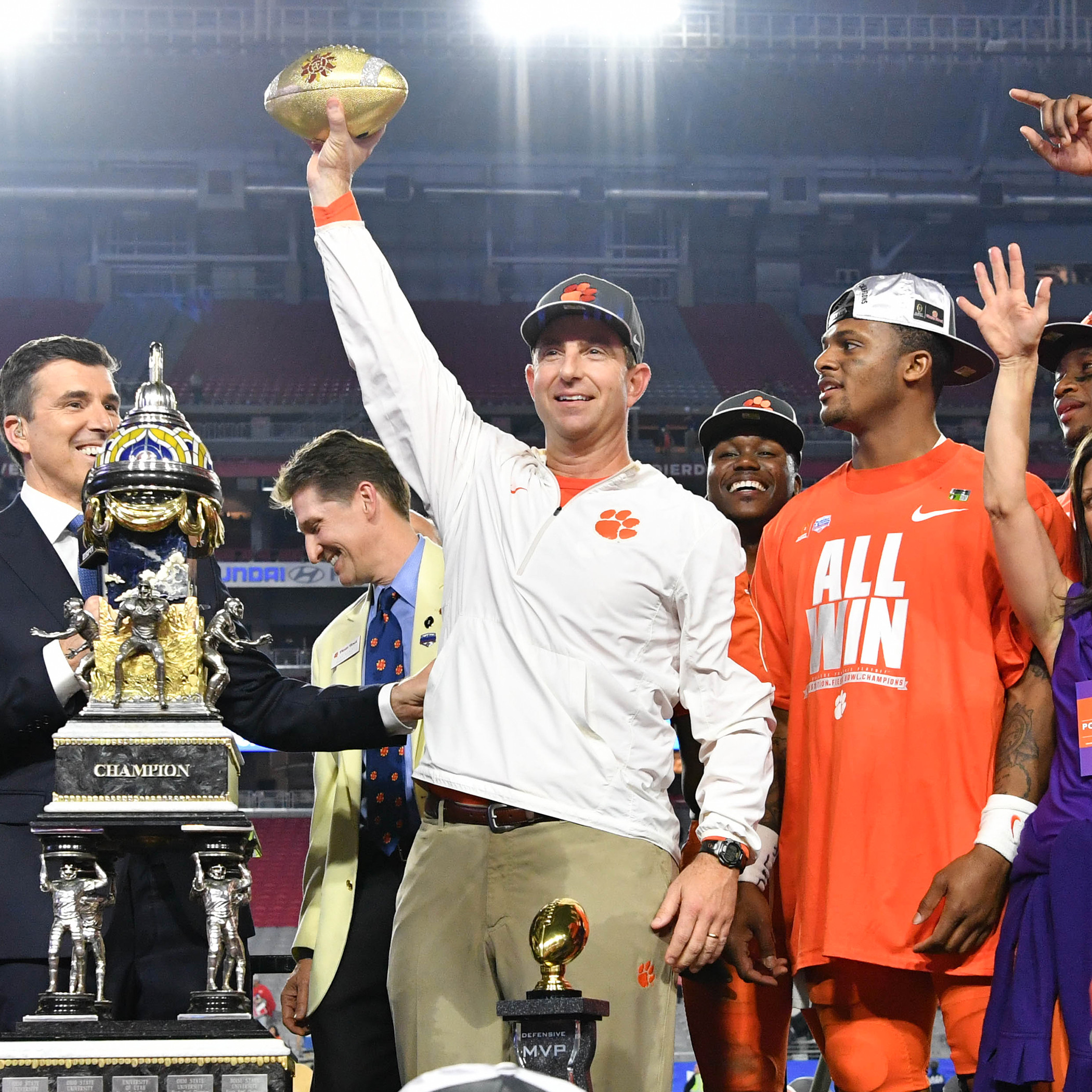 GLENDALE, ARIZ. – No. 2 Clemson jumped out to a 17-0 halftime lead and cruised to a 31-0 victory over No. 3 Ohio State in the Fiesta Bowl at University of Phoenix Stadium on Saturday. The Tigers, who improved to 13-1, handed Buckeye head coach Urban Meyer his first shutout loss. It was also the highest-ranked team Clemson has ever defeated, as Ohio State was ranked No. 2 in the AP and coaches polls.

Quarterback Deshaun Watson and defensive end Clelin Ferrell earned MVP honors. Watson, the Offensive MVP, was 23-36 passing for 259 yards and a touchdown. The junior also had 57 yards and two scores on 15 carries. Wayne Gallman added 85 yards and a touchdown on 18 carries. Ferrell ignited a dominant performance by the Tiger defense, who limited Ohio State to just 215 total yards. Ferrell had three tackles for loss and a sack.

The Tigers advanced to the College Football Playoff National Championship Game against No. 1 Alabama at Raymond James Stadium in Tampa, Fla., on January 9 at 8 p.m.