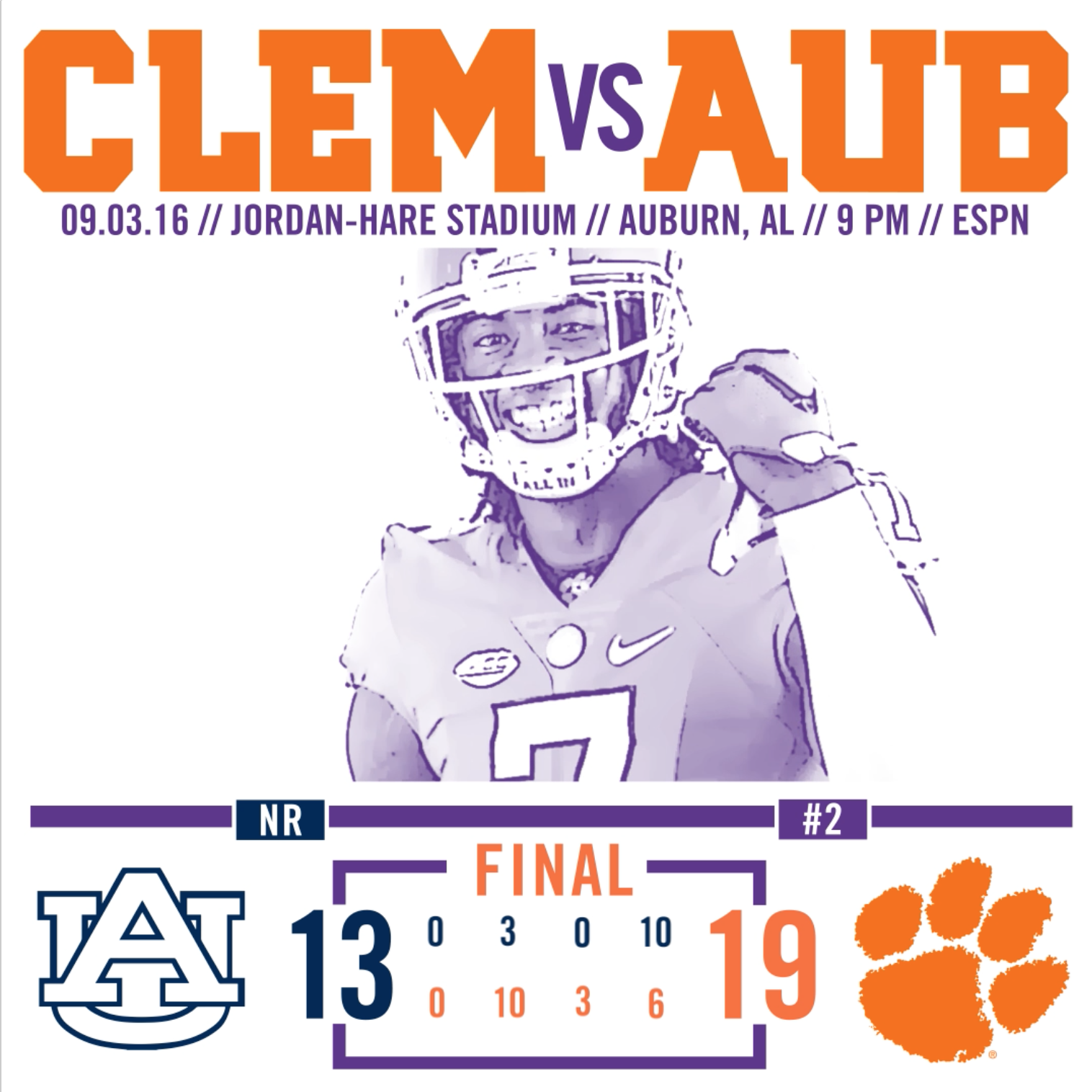 AUBURN, ALA. – Clemson opened the 2016 season Saturday with a 19-13 win over Auburn in front of a sellout Jordan-Hare Stadium. The Tigers batted down a Hail Mary pass attempt on the final play of the game to move to 1-0 on the season.

Deshaun Watson passed for 248 yards and a touchdown, while wide receiver Mike Williams signaled his return with a career night. He caught nine passes for 174 yards to lead the playmakers. Defensively, Clemson came up with three takeaways and held Auburn to just 262 yards.

A scoreless first quarter saw the Tigers put together a pair of drives that resulted in points in the second. After three big completions to Williams — who returned from a neck injury suffered in last year’s opener — Wayne Gallman plunged in from a yard out behind two defensive tackles lined up in the backfield. With just seven seconds left before the half, Greg Huegel tacked on a 30-yard field goal to put Clemson up 10-3.

Auburn pulled to within a touchdown at 13-6 heading into the fourth quarter, but Hunter Renfrow provided the play of the night. Facing third-and-goal, Watson lofted a beautiful pass from the 16 to Renfrow, who made a spectacular catch in the corner of the endzone. It was his third straight game with a touchdown reception.

Next up, the Tigers take on Troy in their home opener on September 10. Kickoff is set for 12:30 p.m. in Memorial Stadium. The game will be televised by the ACC Network.