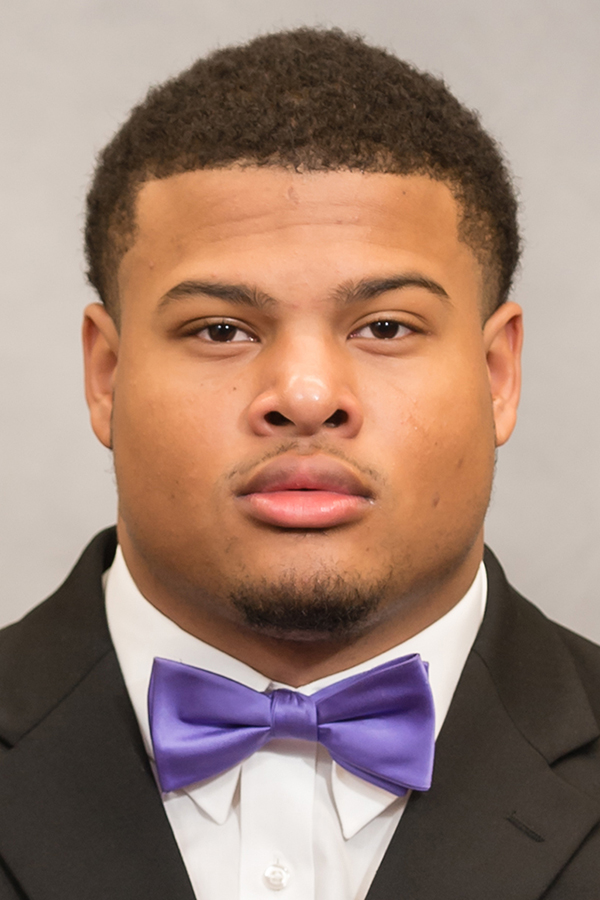 2022: Limited by a foot injury to three games, collecting four tackles (2.0 for loss), two sacks and a forced fumble in 52 defensive snaps … missed the first five games of the season after suffering a foot injury in fall camp … returned to action at Boston College, where despite playing only six snaps, he earned ACC Defensive Lineman of the Week after posting two sacks, a forced fumble and an additional quarterback hit, collecting the Leather Helmet Award from the Boston College Gridiron Club as the game’s MVP … added two tackles at Florida State.

2021: Third-team All-ACC selection … also added all-conference honors from PFF (second team) and Phil Steele (fourth team) … credited with 27 tackles (5.5 for loss), 3.5 sacks, two forced fumbles and a pass breakup in 476 snaps over 12 games (10 starts) … credited with a team-high 17 quarterback pressures … recorded one tackle and a pass breakup vs. No. 5 Georgia … added two tackles vs. SC State … credited with one tackle —a half-sack — vs. Georgia Tech … recorded a career-high 2.0 sacks and a forced fumble among his five tackles at NC State … contributed three tackles (2.0 for loss) and a sack vs. Boston College … made two tackles (one for loss) at Syracuse … added two tackles at No. 23 Pitt … recorded six tackles and a forced fumble vs. Florida State … the forced fumble against Florida State came three yards behind the line of scrimmage on a pass play, but with Florida State recovering the fumble past the line of scrimmage, NCAA rules prohibiting sacks from being credited on fumbles that gain yardage precluded him from receiving a sack on the play … made four tackles at Louisville … harassed Brock Purdy with three credited quarterback pressures and made one tackle vs. Iowa State.

2020: Initially intended to play only four games in 2020 and redshirt after complications with COVID-19 and strep throat, but ended up playing seven games upon the NCAA’s blanket eligibility waiver for 2020 … credited with 11 tackles (4.0 for loss), 3.5 sacks and a forced fumble in only 119 snaps over seven games (one start) … made season debut vs. No. 7 Miami … added three tackles (0.5 for loss) at Georgia Tech … recorded three tackles including his first sack of the season vs. Syracuse … added a sack vs. Boston College, giving him a full sack in back-to-back games for the first time in his career … made one tackle at No. 4 Notre Dame … forced a fumble on a sack vs. Pitt … had a half-sack among his two tackles at Virginia Tech.

2019: Third-team All-ACC selection … credited with 31 tackles (8.0 for loss), 2.0 sacks, two pass breakups and a fumble recovery in 434 snaps in 12 games (eight starts) … recorded four tackles (1.5 for loss) with a half-sack vs. Georgia Tech … added two tackles including a half-sack vs. No. 12 Texas A&M … made three tackles, including his first full sack of the season, at Syracuse … contributed two tackles (one for loss) vs. Charlotte … added five tackles and contributed to the game-winning stop on a two-point conversion attempt at North Carolina … made one tackle and rushed for one yard on his first career rushing attempt vs. Florida State … recorded a tackle and a fumble recovery at NC State … posted two tackles, both for loss, vs. Wake Forest … notched three tackles and a pass breakup vs. No. 22 Virginia in the ACC Championship Game … registered six tackles (1.5 for loss) in the Fiesta Bowl against No. 2 Ohio State … added two tackles vs. No. 1 LSU.

2018: Credited with 43 tackles (10.5 for loss), 3.5 sacks and two pass breakups in 304 snaps over 15 games … first-team Freshman All-America selection by USA Today, ESPN.com, The Athletic and 247Sports … made debut with three tackles (including one for loss) against Furman … recorded first career sack vs. Georgia Southern … collected team co-special teams player of the week honors against Georgia Tech after a devastating hit on the Yellow Jackets’ only kickoff return of the day … helped seal a comeback win against Syracuse, recording a highlight-reel sack and applying pressure throughout Syracuse’s final desperation drive … recorded two tackles for loss among his four total tackles at Wake Forest … made five tackles, including 2.5 for loss, in only 25 snaps vs. No. 16 NC State … collected two tackles for loss with one sack among his three tackles at Florida State … added four tackles vs. Louisville … contributed four tackles at No. 17 Boston College … added three tackles vs. Duke … made one tackle vs. South Carolina … registered three tackles and a pass breakup in ACC Championship Game against Pitt … made two tackles including an assisted tackle for loss vs. No. 3 Notre Dame in the Cotton Bowl … contributed three tackles including a half-sack in the National Championship Game vs. No. 1 Alabama.

Before Clemson: No. 3 player in the nation by 247Sports, No. 4 player by ESPN and No. 5 player by PrepStars and Rivals … No. 1 defensive end in the nation by 247Sports, ESPN, PrepStars and Rivals … No. 1 player in Florida by 247Sports, ESPN, PrepStars and Rivals … Anthony Munoz national lineman-of-the-year … U.S. Army All-American Game participant … played at IMG (Fla.) Academy as a senior after playing three seasons at Wilson High School (Florence, S.C.) … helped IMG Academy to a 9-0 record and No. 2 national ranking by MaxPreps as a senior … USA Today National Defensive Player-of-the-Year finalist … invited to Nike’s The Opening in 2017 … had 34 tackles and eight tackles for loss as a senior … had 70 tackles, 13 tackles for loss and nine sacks as a sophomore … had 568 yards and eight touchdowns on 59 carries as a sophomore … had 59 tackles, 21 tackles for loss, eight sacks and 21 quarterback pressures as a freshman … teammate of fellow Tiger signee Mike Jones Jr. … coached by Kevin Wright at IMG Academy High School … enrolled at Clemson in January 2018 … recruited by Todd Bates, Danny Pearman and Brent Venables.