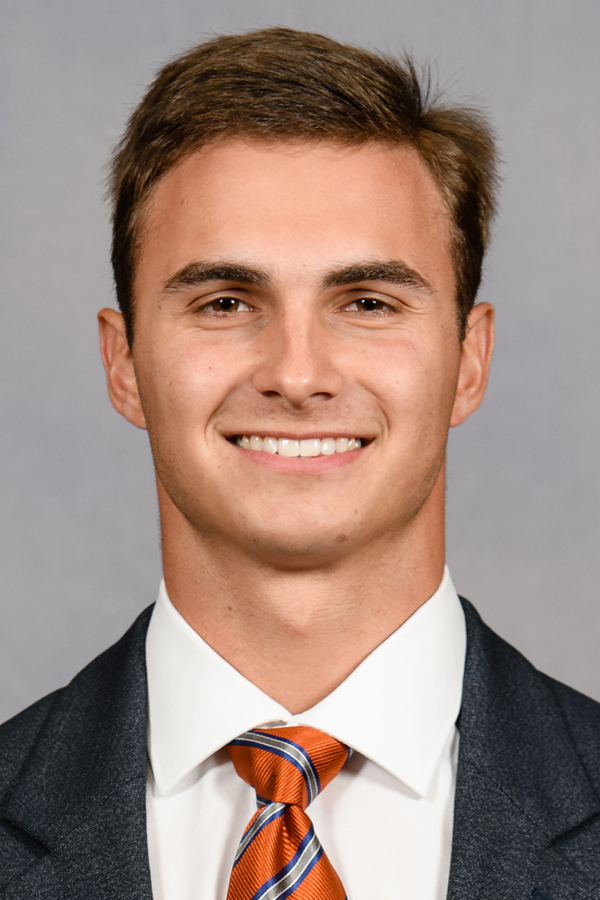 Two-sport athlete expected to play football and baseball at Clemson … started his Clemson career at quarterback in 2021 before a planned transition to wide receiver in 2022 … enters 2022 with five carries for 20 yards, two receptions for six yards, six punt returns for 64 yards and a 14-yard kickoff return in five games with 15 offensive snaps.

2021: Played 15 offensive snaps in five games in addition to his role on special teams prior to suffering a season-ending injury in early October … rushed five times for 20 yards, caught two passes for six yards, averaged 10.7 yards on six punt returns and had a 14-yard kickoff return … immediately earned Clemson’s starting punt return role, serving that role as a true freshman in Clemson’s season opener vs. No. 5 Georgia … rushed five times for 20 yards and returned three punts for 53 yards vs. SC State …  earned team special teams player of the game that week after he recorded a 51-yard punt return, the longest punt return by a Clemson player since a 53-yard return by Amari Rodgers against Wake Forest in 2019 … had a 10-yard punt return and his first career reception — a five-yarder — vs. Georgia Tech … exited with an injury vs. Boston College after recording one catch.

Before Clemson: Led Dutch Fork to 2020 5A state title with a 28-6 win over T.L. Hanna … helped Dutch Fork become the first school to win five straight state titles, as the 2020 team ranked No. 18 in the nation according to USA Today … three-star prospect who is ranked among the top 25 players in South Carolina by Rivals.com … PrepStar All-Atlantic Region selection … in 10 games in 2020, completed 136-of-203 passes for 2,237 yards and 21 touchdowns against just four interceptions … had 60 carries for 448 yards and 11 touchdowns, a 7.5-yard rushing average … in one game against River Bluff, completed 22-of-35 for 334 yards and four scores … in season opener against White Knoll, completed 14-of-21 passes for 307 yards and five touchdowns … against Carolina Forest, had 12 carries for 224 rushing yards and scored five touchdowns … played his first three years of high school at Ben Lippen, throwing for 1,647 yards and rushing for 1,549 more in 2019 … in baseball, hit .432 for Ben Lippen as a sophomore in spring of 2019 … his junior spring (2020) was wiped out by the COVID-19 pandemic … played in the Baseball Factory All-Star Game in Frisco, Texas, an event that welcomes the top 40 high school players in the nation … also a three-time state champion in wrestling at Ben Lippen … committed to Clemson on August 30, 2020 … recruited by Brandon Streeter and Tyler Grisham … played for Tom Knotts at Dutch Fork High School.

Personal: Born Jan. 10, 2003 … selected by the Texas Rangers in the 19th round of the 2021 MLB Draft … had been projected as a first-round pick in the 2021 MLB Draft before telling teams he was going to pursue collegiate opportunities … majoring in communication … nicknamed by former Clemson Offensive Coordinator Tony Elliott as “Maverick” as a reference to Tom Cruise’s character in Top Gun.

According to Tony Elliott, Will Taylor feels the need.

The need… for speed.