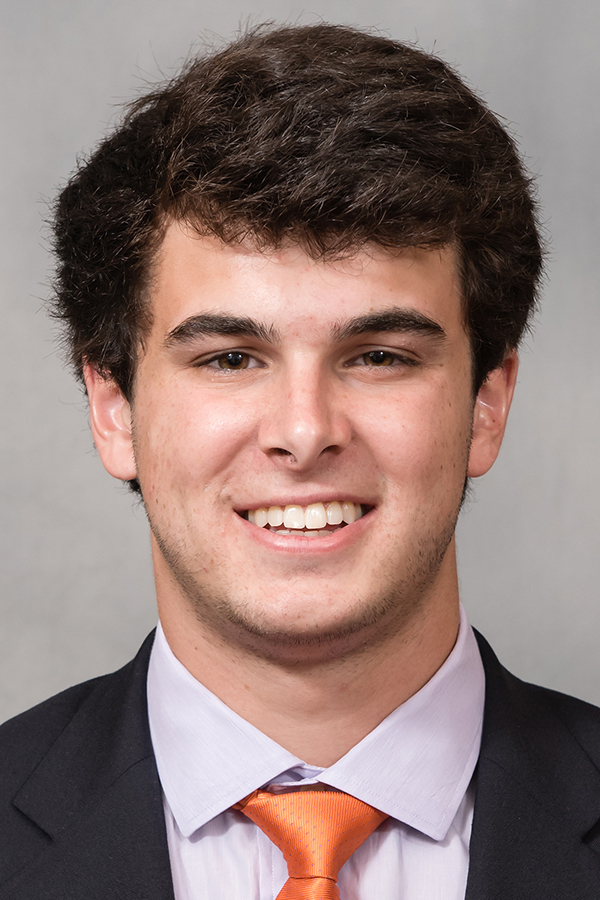 2020: AFCA second-team All-American, also earning a second-team nod from USA Today … his selection combined with Tanner Muse’s All-American status in 2019 gave Clemson an All-America safety for a second straight year, its first time with safety honored by NCAA-recognized selectors in consecutive seasons since 1981-82 (Terry Kinard) … second-team All-ACC honoree … also earned all-conference nods from the AP (second-team) and PFF (first-team) … voted as a permanent team captain … credited with 66 tackles (6.0 for loss), a team-high three interceptions and three pass breakups in 564 snaps over 12 games (11 starts) … recorded three tackles at Wake Forest … added a tackle vs. The Citadel … contributed eight tackles (seven solo) and an interception vs. Virginia, sharing team defensive player of the game honors … finished with three tackles (one for loss) vs. No. 7 Miami … contributed one tackle, splitting a tackle for loss, and recorded his second interception of the season at Georgia Tech … notched his single-season career-high third interception of the season vs. Syracuse, also adding four tackles (one for loss) and a pass breakup in the game to share team defensive player of the game honors … credited with six tackles (0.5 for loss) vs. Boston College … registered six tackles and a pass breakup at No. 4 Notre Dame … had a team-high seven tackles and a pass breakup vs. Pitt … earned team defensive player of the game for a 13-tackle effort with two tackles for loss at Virginia Tech … made nine tackles including one for loss in ACC Championship Game vs. No. 2 Notre Dame … contributed five tackles in the second half of the Sugar Bowl vs. No. 3 Ohio State.

2018: Credited with 44 tackles (2.5 for loss), three pass breakups and an interception in 391 snaps over 15 games … recorded two tackles in season opener against Furman … added a tackle against both Georgia Southern and Georgia Tech … contributed two tackles vs. Syracuse … responsible for a season-high five tackles at Wake Forest … recorded three tackles and a pass breakup in earning team co-defensive player of the week honors vs. No. 16 NC State … contributed five tackles and a pass breakup at Florida State … collected a career-high eight tackles vs. Louisville … made three tackles at No. 17 Boston College … added a tackle vs. Duke … made two tackles vs. South Carolina … contributed five tackles against Pitt … recorded his first career interception in the Cotton Bowl vs. No. 3 Notre Dame … made four tackles in the National Championship Game against No. 1 Alabama, his father’s alma mater.

Before Clemson: Had 63 tackles and five interceptions as a safety as a senior … also outstanding as a receiver, he caught four touchdown passes … had a 63-yard touchdown reception in season opener … had 10 tackles on defense and caught a touchdown pass in the second game of the 2015 season … had pass deflection on last play of the game to clinch win over rival Hoover High … had a touchdown reception in a state playoff victory as well … helped his team to a 9-3 record and second round of the playoffs … named honorable mention all-state as a defensive back by the Birmingham News … played his high school football for Buddy Anderson … also a member of the Vestavia Hills basketball team … chose Clemson over offer from UAB … recruited by Marion Hobby.

Personal: Born Nov. 29, 1997 … his late father, Kevin, played football with Dabo Swinney at Alabama … Kevin went on to play eight years in the NFL with New England and Philadelphia … earned degree in financial management in December 2020.