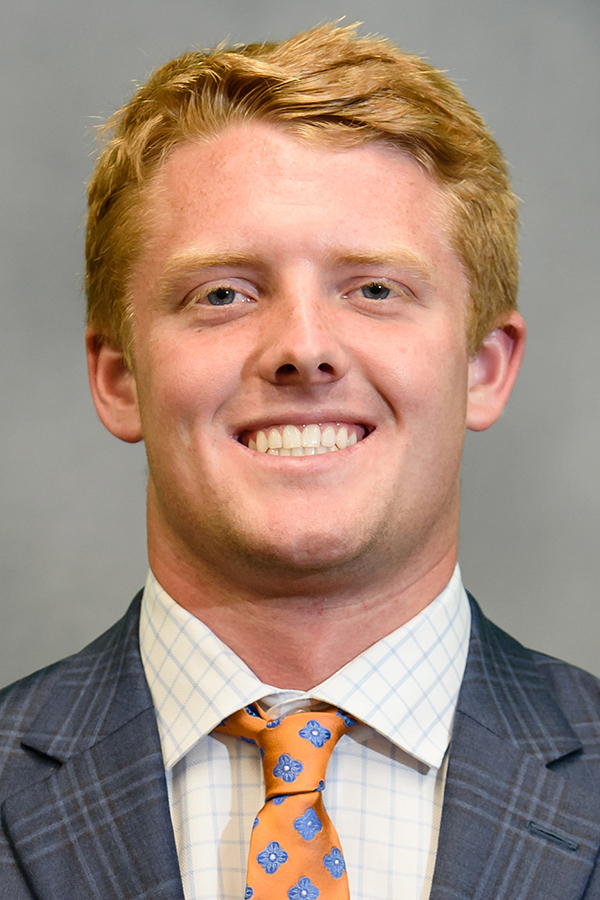 2020: Credited with 44 tackles (5.5 for loss), 2.5 sacks, a pass breakup and a forced fumble in 319 snaps over nine games (four starts) … third-team All-ACC selection by PFF … made first career start at Wake Forest, notching three tackles … credited with a team-high-tying six tackles vs. The Citadel, including a tackle for loss … added four solo tackles vs. Virginia … credited by the coaching staff with a team-high seven tackles, including a half-sack, vs. No. 7 Miami … had two tackles including a sack at Georgia Tech … recorded seven tackles (0.5 for loss) in a start vs. Syracuse … registered seven tackles (one for loss) and a pass breakup in a start vs. Boston College … posted seven tackles, a sack and a forced fumble at No. 4 Notre Dame … made one tackle prior to exiting with an arm injury at Virginia Tech.

2018: Credited with two tackles in six snaps over three games while redshirting … made one tackle in his collegiate debut vs. No. 16 NC State … played on special teams vs. Louisville … added a tackle vs. Duke.

Before Clemson: No. 29 linebacker in the nation by 247Sports and No. 32 linebacker by Rivals … No. 6 player in South Carolina by 247Sports and No. 7 player by Rivals … Shrine Bowl selection … all-region selection as a senior … had 70 tackles, 22 tackles for loss and five sacks as a senior … starter as a sophomore and junior … played basketball as a junior … coached by Jeff Fruster at Daniel High School … recruited by Brent Venables.