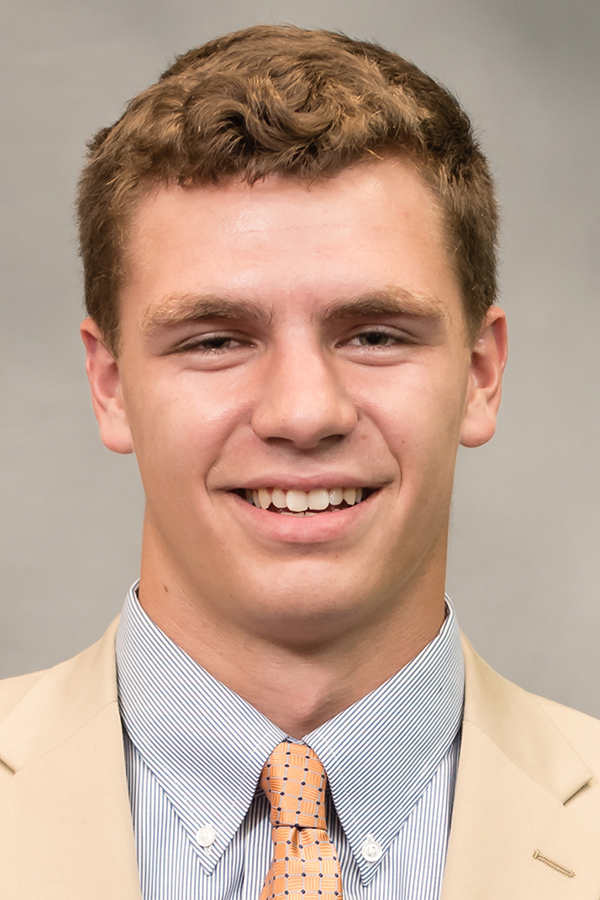 Original walk-on awarded a scholarship for his final two seasons … snapped in 36 career games from 2017-21, including 25 games as Clemson’s starting long snapper from 2020-21 … did not have a errant or mishandled snap in his entire career … part of the program for four ACC championships, four College Football Playoff berths, two National Championship Game appearances and one national title.

2021: Snapped in all 13 games, sharing team specialist of the year honors with B.T. Potter and Will Spiers … snapped and recovered a special teams fumble vs. No. 5 Georgia … snapped for the first five of Clemson’s seven PATs vs. SC State … snapped vs. Georgia Tech as Will Spiers dropped three of his four punts inside the 20 in a six-point win … snapped as Spiers booted three punts of 50 or more yards at NC State … snapped for B.T. Potter’s career-high-tying four field goals vs. Boston College, sharing team special teams player of the game honors with Potter and holder Will Swinney … snapped for a successful fake punt and the go-ahead field goal among his 12 total snaps at Syracuse … had a special teams tackle at No. 23 Pitt and vs. Florida State … shared team special teams player of the game against Florida State … in addition to his snapping duties, helped block for Will Swinney’s six-yard touchdown run on a fake field goal vs. UConn, sharing special teams player of the game honors … snapped as B.T. Potter hit a number of season and career milestones in a 3-for-3 field goal performance at South Carolina … closed out a tremendous season snapping in a bowl win vs. Iowa State.

2019: Snapped in nine games … made season debut vs. Charlotte … contributed on special teams vs. Florida State, vs. Boston College and vs. Wofford … recorded first career fumble recovery on a muffed punt at NC State … snapped vs. Wake Forest and at South Carolina.

2018: Snapped in two games … made collegiate debut vs. NC State and also saw action against Louisville.

Personal: Born Oct. 17, 1998 … earned degree in political science in May 2021 … four-time ACC Honor Roll selection (2017-20) … won the 2020 P.A.W. Journey Service Above Self award, as his more than 300 hours of service at Clemson include service trips abroad in Costa Rica and Thailand and learning about nonprofit service work as an intern at United Way.