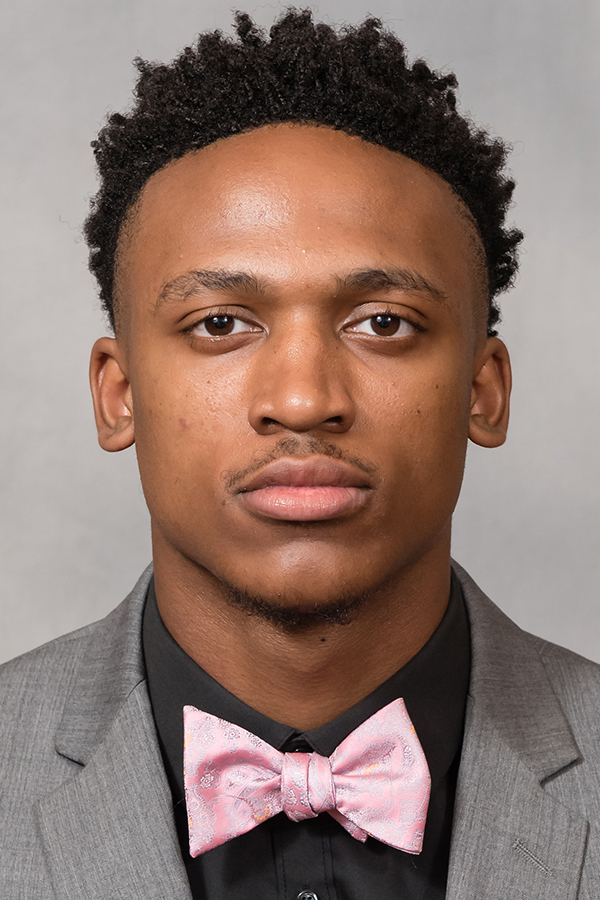 2019: Credited with 22 receptions for 352 yards with three touchdown catches in 426 snaps over 15 games (five starts) … voted as a permanent team captain … NFF Hampshire Honor Society member … All-ACC Academic selection … caught a three-yard pass vs. Georgia Tech … contributed in wins vs. No. 12 Texas A&M and at Syracuse … made an 18-yard catch vs. Charlotte … recorded one reception at North Carolina … caught an eight-yard pass vs. Florida State … gained 43 yards on three receptions at Louisville … tied a school-record with three touchdown receptions vs. Boston College, scoring on all three catches in the midst of a career-high 119-yard day to share team offensive player of the game honors, earn ACC Receiver of the Week honors and receive the Leather Helmet Award from the Boston College Gridiron Club as the game’s most valuable player … gained 34 yards on two catches at NC State … caught four passes for 52 yards vs. Wake Forest … gained 26 yards on three receptions at South Carolina … caught a 19-yard pass vs. No. 22 Virginia in the ACC Championship Game … gained 30 yards on two catches vs. No. 2 Ohio State in the Fiesta Bowl.

2018: Recorded 14 receptions for 199 yards with three touchdowns in 252 snaps over 14 games … caught two passes and a touchdown in each of the team’s first two games against Furman and Texas A&M, gaining 10 yards against the Paladins and 20 against the Aggies … added his third touchdown reception of the season at Wake Forest … gained 32 yards on two receptions vs. No. 16 NC State … caught two passes for 75 yards at Florida State … recorded a seven-yard reception vs. Louisville … added a 16-yard catch at No. 17 Boston College … caught a 22-yard pass vs. South Carolina … caught a 12-yard pass in the National Championship Game vs. No. 1 Alabama.

2016: Had two receptions for 48 yards and a touchdown in 107 snaps (eight games) … made most of first career reception, hauling in a 45-yard touchdown catch from Nick Schuessler in win over SC State … played 22 snaps against Syracuse … logged six snaps at Wake Forest … had three-yard catch in 19 snaps versus South Carolina.

Before Clemson: Rated among the top 150 players in the nation by ESPN … he is No. 135 overall, sixth-best in the state of North Carolina and 18th-best wide receiver in the nation by ESPN … rated the No. 196 overall prospect by 247 Sports, No. 234 by Rivals and No. 231 by Scout … eighth-best player in state of North Carolina by Rivals … played in the Semper Fidelis All-American Bowl … played in the Shrine Bowl for North Carolina … had terrific senior year with 78 catches for 1,251 yards and 15 touchdowns … also had a rushing touchdown for 16 total touchdowns … also had seven interceptions on defensive side and 34 total tackles … as a junior had 31 receptions for 577 yards and four scores, an average of 18.6 yards per catch … also a starter in basketball, where he averaged 14.6 points, 6.2 rebounds and 4.4 assists per game as a junior … played his high school football for Kevin Gillespie … selected Clemson over offers from Tennessee, South Carolina, NC State and North Carolina … recruited by Robbie Caldwell and Jeff Scott.