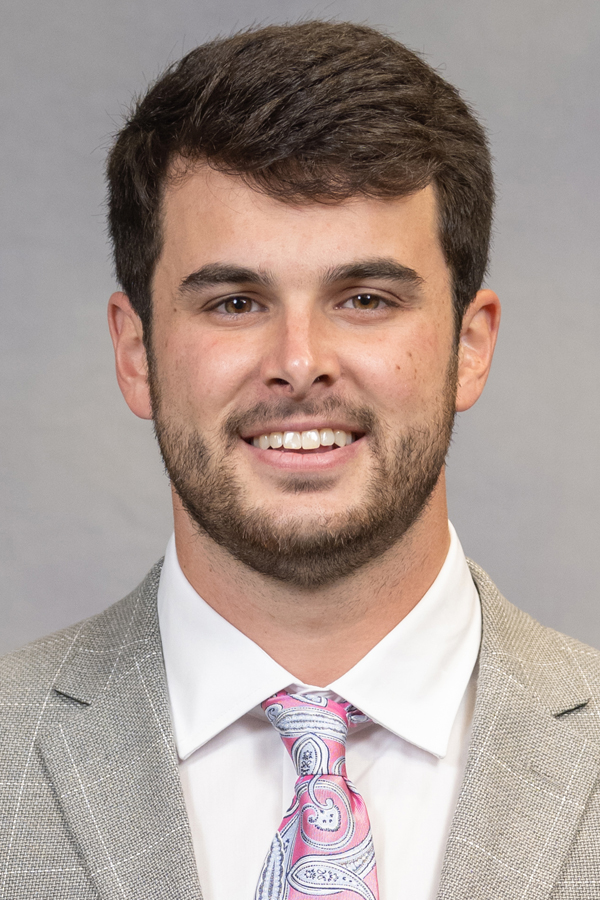 2020 All-American and two-year team captain who finished his six-year Clemson career spanning 2016-21 credited with 259 tackles (13.5 for loss), 20 passes broken up, seven interceptions returned 78 yards, 3.0 sacks and two forced fumbles in 2,145 snaps over 65 career games (25 starts) … his 65 career games ranked fourth in Clemson history as of the conclusion of the 2021 season, trailing only three of his six-year “super senior” teammates.

2021: Finished fourth on the team with 69 tackles despite battling hamstring and toe injuries … also recorded three pass breakups, two tackles for loss, two sacks, an interception and a forced fumble over 608 defensive snaps in 10 games (all starts) … named third-team all-conference by Phil Steele … voted as a permanent team captain … All-ACC Academic Team selection … ACC Honor Roll selection … credited with five tackles in his season debut vs. Georgia Tech … registered nine tackles (one for loss), a sack and two pass breakups at NC State, sharing team defensive player of the week honors … contributed eight tackles and his first interception of the season vs. Boston College … added four tackles at Syracuse … recorded 12 tackles and a forced fumble at No. 23 Pitt … registered three tackles vs. Florida State … credited with 12 tackles at Louisville … contributed four tackles and a pass breakup vs. UConn … added five tackles and sack vs. No. 13 Wake Forest … tied for team lead with seven tackles at South Carolina.

2020: AFCA second-team All-American, also earning a second-team nod from USA Today … his selection combined with Tanner Muse’s All-American status in 2019 gave Clemson an All-America safety for a second straight year, its first time with safety honored by NCAA-recognized selectors in consecutive seasons since 1981-82 (Terry Kinard) … second-team All-ACC honoree … also earned all-conference nods from the AP (second-team) and PFF (first-team) … voted as a permanent team captain … credited with 66 tackles (6.0 for loss), a team-high three interceptions and three pass breakups in 564 snaps over 12 games (11 starts) … recorded three tackles at Wake Forest … added a tackle vs. The Citadel … contributed eight tackles (seven solo) and an interception vs. Virginia, sharing team defensive player of the game honors … finished with three tackles (one for loss) vs. No. 7 Miami … contributed one tackle, splitting a tackle for loss, and recorded his second interception of the season at Georgia Tech … notched his single-season career-high third interception of the season vs. Syracuse, also adding four tackles (one for loss) and a pass breakup in the game to share team defensive player of the game honors … credited with six tackles (0.5 for loss) vs. Boston College … registered six tackles and a pass breakup at No. 4 Notre Dame … had a team-high seven tackles and a pass breakup vs. Pitt … earned team defensive player of the game for a 13-tackle effort with two tackles for loss at Virginia Tech … made nine tackles including one for loss in ACC Championship Game vs. No. 2 Notre Dame … contributed five tackles in the second half of the Sugar Bowl vs. No. 3 Ohio State.

2018: Credited with 44 tackles (2.5 for loss), three pass breakups and an interception in 391 snaps over 15 games … recorded two tackles in season opener against Furman … added a tackle against both Georgia Southern and Georgia Tech … contributed two tackles vs. Syracuse … responsible for a season-high five tackles at Wake Forest … recorded three tackles and a pass breakup in earning team co-defensive player of the week honors vs. No. 16 NC State … contributed five tackles and a pass breakup at Florida State … collected a career-high eight tackles vs. Louisville … made three tackles at No. 17 Boston College … added a tackle vs. Duke … made two tackles vs. South Carolina … contributed five tackles against Pitt … recorded his first career interception in the Cotton Bowl vs. No. 3 Notre Dame … made four tackles in the National Championship Game against No. 1 Alabama, his father’s alma mater.

Before Clemson: Had 63 tackles and five interceptions as a safety as a senior … also outstanding as a receiver, he caught four touchdown passes … had a 63-yard touchdown reception in season opener … had 10 tackles on defense and caught a touchdown pass in the second game of the 2015 season … had pass deflection on last play of the game to clinch win over rival Hoover High … had a touchdown reception in a state playoff victory as well … helped his team to a 9-3 record and second round of the playoffs … named honorable mention all-state as a defensive back by the Birmingham News … played his high school football for Buddy Anderson … also a member of the Vestavia Hills basketball team … chose Clemson over offer from UAB … recruited by Marion Hobby.

Personal: Born Nov. 29, 1997 … his late father, Kevin, played football with Dabo Swinney at Alabama … Kevin went on to play eight years in the NFL with New England and Philadelphia … earned degree in financial management in December 2020 … added a master’s degree in athletic leadership in December 2021.