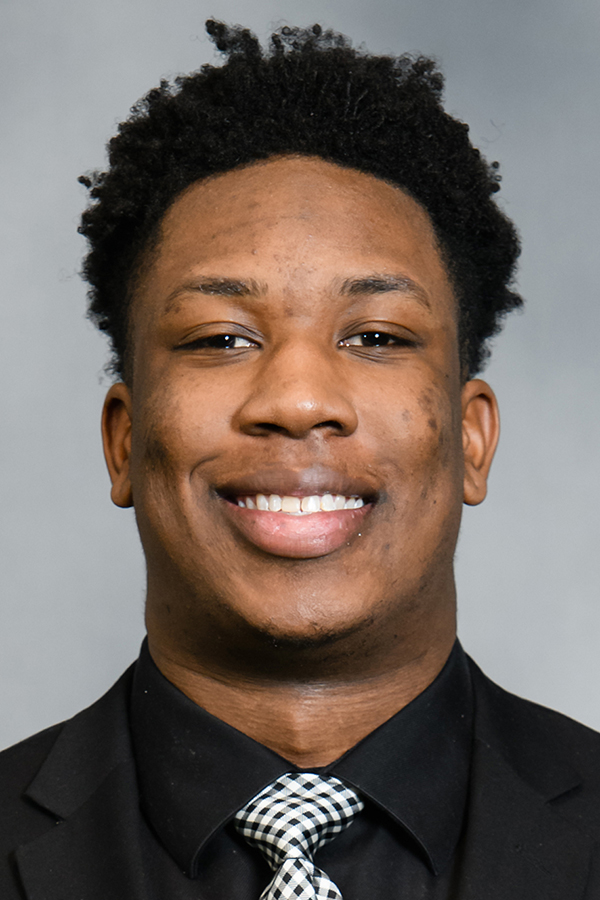 2021: Put together a career year with a strong finish, ending credited with 28 tackles (6.5 for loss), 4.5 sacks, a forced fumble and a fumble recovery in 339 snaps over 13 games (four starts) … made one tackle vs. No. 5 Georgia … added two stops vs. SC State … credited with two tackles and a half-sack vs. Georgia Tech … added a tackle for loss at NC State … recorded two tackles and a game-clinching fumble recovery vs. Boston College … made three tackles at No. 23 Pitt … added three tackles (0.5 for loss) and a half-sack in his first start of the season vs. Florida State … had a tackle for loss among his three stops at Louisville … added two tackles with a sack vs. UConn … contributed a half-sack among his four tackles vs. No. 13 Wake Forest … recorded a sack and his first career forced fumble among his two tackles at South Carolina … had three tackles including a key sack late in a bowl win against Iowa State, finishing the year with at least half a sack in each of the team’s last four contests.

2020: Credited with 29 tackles (6.0 for loss), 3.5 sacks, two pass breakups and a fumble recovery in 384 snaps over 12 games (six starts) … made his first career start and recorded five tackles (three solo) including a nine-yard sack in his hometown at Wake Forest … added two tackles vs. The Citadel … split a sack amongst his four tackles (two solo) vs. Virginia … made one tackle (for loss) and batted down a pass vs. No. 7 Miami … contributed two tackles and a fumble recovery at Georgia Tech … recorded two tackles and a pass breakup vs. Syracuse … played 26 snaps in Clemson’s 18-point comeback win vs. Boston College … registered a seven-yard sack among his five tackles at No. 4 Notre Dame … posted two tackles (1.5 for loss) at Virginia Tech … added four tackles and a sack in ACC Championship Game vs. No. 2 Notre Dame … made two tackles vs. No. 3 Ohio State prior to exiting Sugar Bowl with an injury.

Before Clemson: No. 6 player in the nation by ESPN, No. 14 by 247Sports, No. 26 by Rivals and No. 27 by PrepStars … No. 3 defensive end in the nation by 247Sports, ESPN and Rivals … No. 2 player in North Carolina by Rivals … second-team All-American by USA Today … played in Under Armour All-American Game … scored 1,156 points in 115 career basketball games … averaged 16 points and seven rebounds per game as a junior … coached by Adrian Snow at West Forsyth High School … recruited by Todd Bates and Mike Reed … enrolled at Clemson in January 2018.