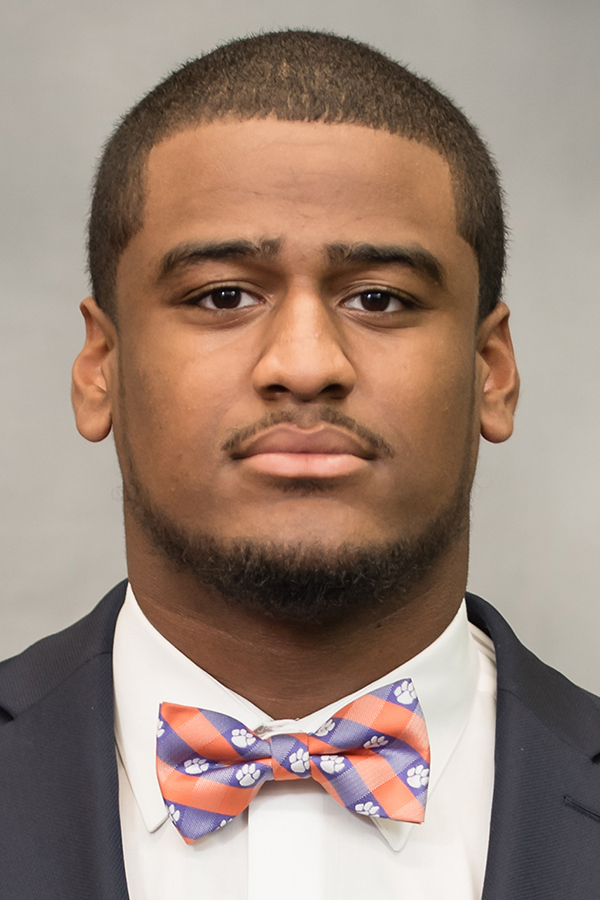 2020: Credited with 11 tackles (1.0 for loss) in 229 snaps over 11 games (three starts) … made first career start at Wake Forest … added five tackles vs. The Citadel … made two tackles vs. Virginia … contributed a tackle for loss at Georgia Tech … added a tackle vs. Boston College … made one stop in ACC Championship Game vs. No. 2 Notre Dame and in Sugar Bowl vs. No. 3 Ohio State.

2018: Credited with 13 tackles (3.0 for loss), 1.5 sacks and a forced fumble in 147 snaps over 12 games … made three tackles vs. Furman prior to exiting with an injury … returned to action vs. Syracuse … collected five tackles at Wake Forest … in 21 snaps at Florida State, recorded two tackles, including 1.5 tackles for loss and a sack … made two tackles vs. Louisville … contributed a tackle as Clemson held No. 3 Notre Dame to three points in the Cotton Bowl.

Before Clemson: Rated the No. 135 overall prospect, No. 4 player in the state of Virginia and No. 4 outside linebacker in the nation by Rivals … played in the US Army All-American game … rated the No. 176 prospect by 247 Sports … No. 5 in the state and No. 13 at his position as well … No. 254 nationally and No. 8 in the state by ESPN … No. 5 prospect in the region by Scout … helped Cox High School and coach Bill Stachelski to a 9-3 record and state playoff berth in 2016 … had 50 tackles, including 17 for loss, three pass defended, two caused fumbles and three fumble recoveries as a senior … also had a touchdown on a recovery … first-team all-state at the highest level of high school football in Virginia … as a junior, had 39 tackles, including 12.5 for loss, including five sacks … had two interceptions, seven passes broken up, one caused fumble and two fumble recoveries … wore #59 at Cox High School … recruited by Brent Venables.