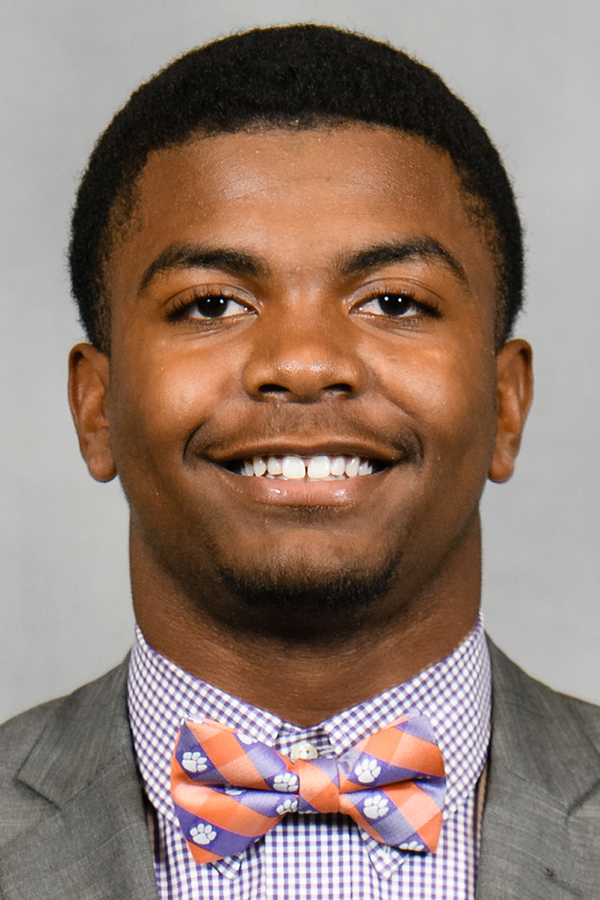 Versatile defensive back who entered 2021 credited with 23 career tackles (0.5 for loss), two pass breakups and an interception in 196 defensive snaps over 25 games (one start).

2020: Credited with 16 tackles (0.5 for loss), two pass breakups and an interception in 149 snaps over 11 games (one start) … contributed on defense and special teams at Wake Forest and vs. The Citadel … played on special teams vs. Virginia … made first career start vs.  No. 7 Miami, recording five tackles (0.5 for loss) and a pass breakup … broke up a pass at Georgia Tech … registered two tackles and his first career interception vs. Syracuse, recording a pick in the end zone one play after he hustled to make a touchdown-saving tackle on a 61-yard rush … made six tackles at Virginia Tech … contributed three tackles in ACC Championship Game vs. No. 2 Notre Dame.

Before Clemson: Four-star safety according to ESPN.com … ranked as 28th-best safety in the nation by that service … Rivals.com also ranked him No. 28 among safeties … three-year starter who finished his career with 198 tackles, 127 solos and 71 assists … had six tackles for loss, two interceptions, 12 passes defensed, on caused fumble, three recovered fumbles and a blocked punt … had 16 receptions for 178 yards and a touchdown … in 2017, was an all-regional defense back … in 2018, all-region and all-county … one of the team captains in 2018 … played at Archer High School for Andy Dyer … primary Clemson recruiter was Mickey Conn … committed to Clemson on Aug. 20, 2018.