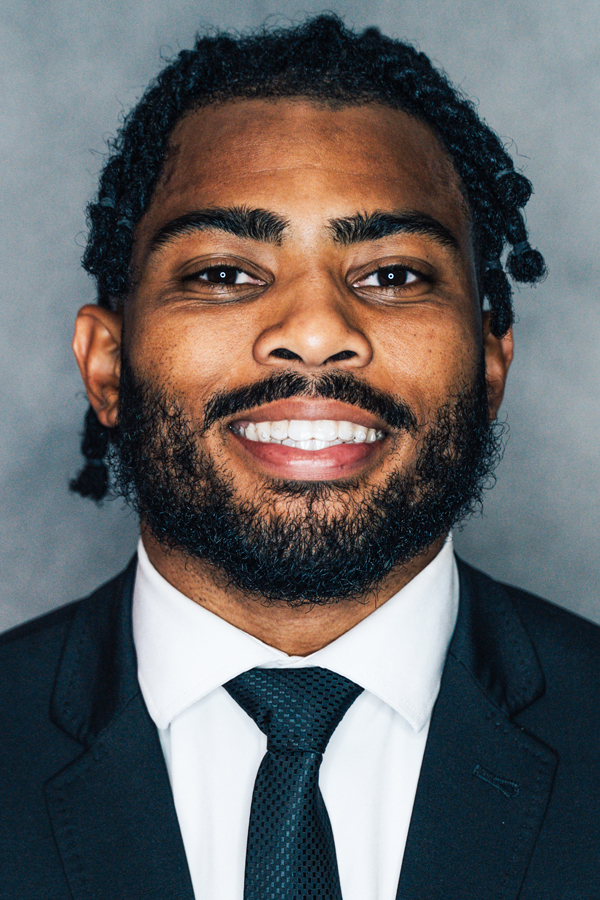 Original walk-on turned team and community leader who concluded his six-year Clemson career from 2016-21 having recorded 93 carries for 437 yards and three touchdowns in 220 snaps over 48 career games … was the first Disney Spirit Award winner in program history after earning the honor in 2020.

The entire Clemson Football family would like to congratulate @D_Rench_ on being awarded the 2020 Disney Spirit Award—given to college football's most inspirational figure.

2020: Won the Disney Spirit Award, presented annually to college football’s most inspirational player, coach, team or figure … rushed 24 times for 137 yards with one touchdown and caught two passes for 15 yards in 62 snaps over 12 games … gained 34 yards on seven rushing attempts vs. Wake Forest … rushed four times for 28 yards vs. The Citadel … gained five yards on three carries vs. No. 7 Miami … rushed four times for 11 yards at Georgia Tech … gained 10 yards on two carries vs. Syracuse … gained 15 yards on two catches and rushed twice vs. Pitt … scored on a career-long 50-yard touchdown run at Virginia Tech in his only touch of the game … rushed once in ACC Championship Game vs. No. 2 Notre Dame.

2019: Recorded 26 carries for 135 yards and two touchdowns on the ground plus four catches for 26 yards in 66 snaps over 13 games … gained 22 yards on six carries vs. Georgia Tech … received one carry vs. No. 12 Texas A&M … rushed twice for eight yards at Syracuse … gained six yards on two carries vs. Charlotte … gained 27 yards on three carries vs. Florida State … scored first career touchdown on an eight-yard run at Louisville … recorded a three-yard rush and a 10-yard reception vs. Boston College … recorded 36 yards and a touchdown on three carries on his 22nd birthday vs. Wofford … rushed once for a yard and caught an eight-yard pass at NC State … gained 13 yards on three carries and caught a 12-yard pass vs. Wake Forest … rushed twice for eight yards at South Carolina … gained three yards on a carry vs. No. 22 Virginia in the ACC Championship Game.

2018: Rushed for 65 yards on 15 carries in 22 snaps over seven games … carried twice for 11 yards vs. Furman … recorded two touches (one rush, one reception) vs. No. 16 NC State … rushed twice for 15 yards at Florida State … gained 20 yards on four rushes vs. Louisville … added three yards on two carries vs. Duke … rushed three times for 13 yards against Pitt … gained a yard on one carry vs. No. 3 Notre Dame in the Cotton Bowl.

2016: Did not appear in a game while redshirting.

Personal: His father, Darwin, was a letterman for Clemson track & field from 1985-87 and still is sixth in Tiger history in the outdoor long jump … earned degree in psychology in December 2020 … five-time ACC Honor Roll selection (2016-20) … completed microinternships with Adobe in 2017, Cisco in 2018 and the National Football League in 2019 … named as the 2021 Community MVP for Clemson as nominated by Dabo Swinney at the South Carolina Coaches for Charity event benefiting the Fisher DeBerry Foundation … born Nov. 2, 1997.

This young man is everything RIGHT in the world. Keep inspiring Darien Rencher! @clemsonFB @D_Rench_ pic.twitter.com/8giThYPDgg