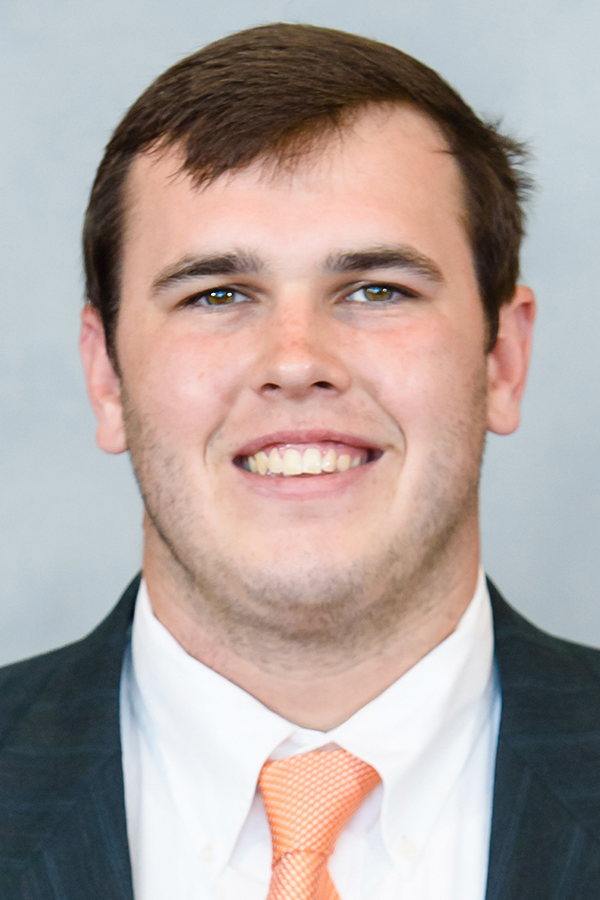 Original walk-on who enters 2019 having previously appeared in two games in his first two seasons.

2018: Appeared in one game, playing two snaps against Louisville.

2017: Played one game, which came against Kent State on Sept. 2 … suffered a torn ACL during practice on Sept. 20 and missed the rest of the season.

Personal: His brother, Hunter, was a junior wide received on the 2017 Clemson football team … majoring in management … born Aug. 27, 1997.