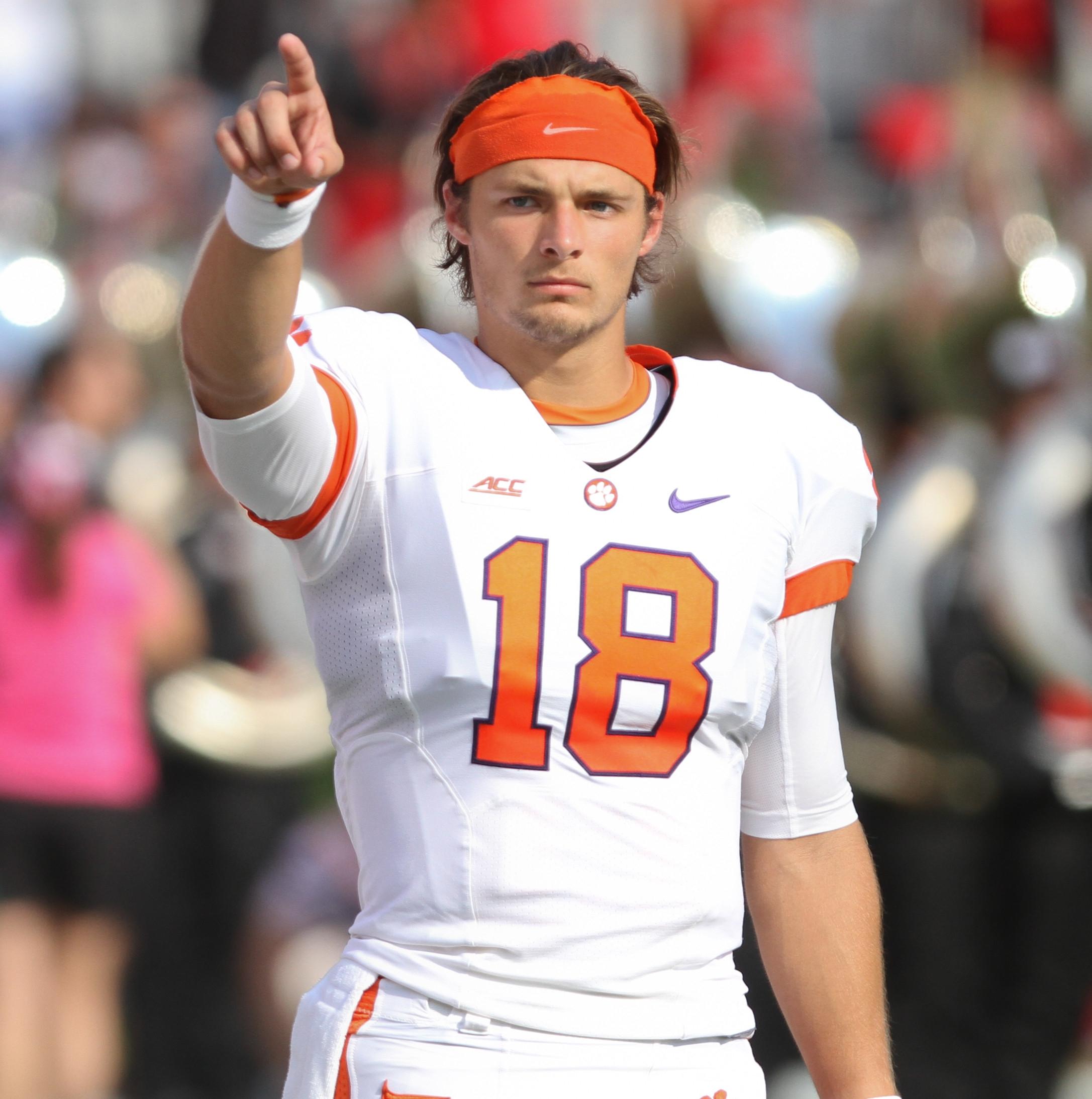 CLEMSON, S.C. – After an early bye, it’s game week again for the Clemson Tigers. Mondays are a time reserved for offensive coordinator Chad Morris and starting quarterback Cole Stoudt to meet with members of the media.

But this wasn’t your typical Monday. In five days, the Tigers take on the defending national champions, Florida State, in Tallahassee. Not only that, the Seminoles are ranked atop both polls heading into Saturday’s primetime showdown at Doak Campbell Stadium.

Clemson hopes to achieve a program first – a win over the nation’s No. 1 ranked team.

Stoudt said it gives him comfort knowing he’s played on the road in a hostile situation (in the season opener at Georgia), and that it’s even more beneficial for some of the young skill talent across the Tigers’ roster.

“It’s going to be crazy and loud, but having been in that type of environment helps,” he said. “Now we need to go out and finish the game, unlike what we did at Georgia.”

At halftime of the opener, Stoudt and the Tiger offense had racked up 276 yards on 54 plays. But in the second half, field position constantly backed the Tigers up against their own end zone and Georgia eventually seized control of the game in the final 10 minutes.

In last year’s home loss to Florida State, a rash of early turnovers and miscues took Clemson’s raucous crowd out of it from the get-go. Stoudt and Morris both said the key to a winning performance Saturday in Tallahassee comes down to limiting those same mistakes that typically break a game open one way or another.

“We have to execute great sense of ball security and do the best that we can to limit mental errors,” Stoudt said. “The bye week was big for that, in terms of learning from our previous mistakes and getting better.”