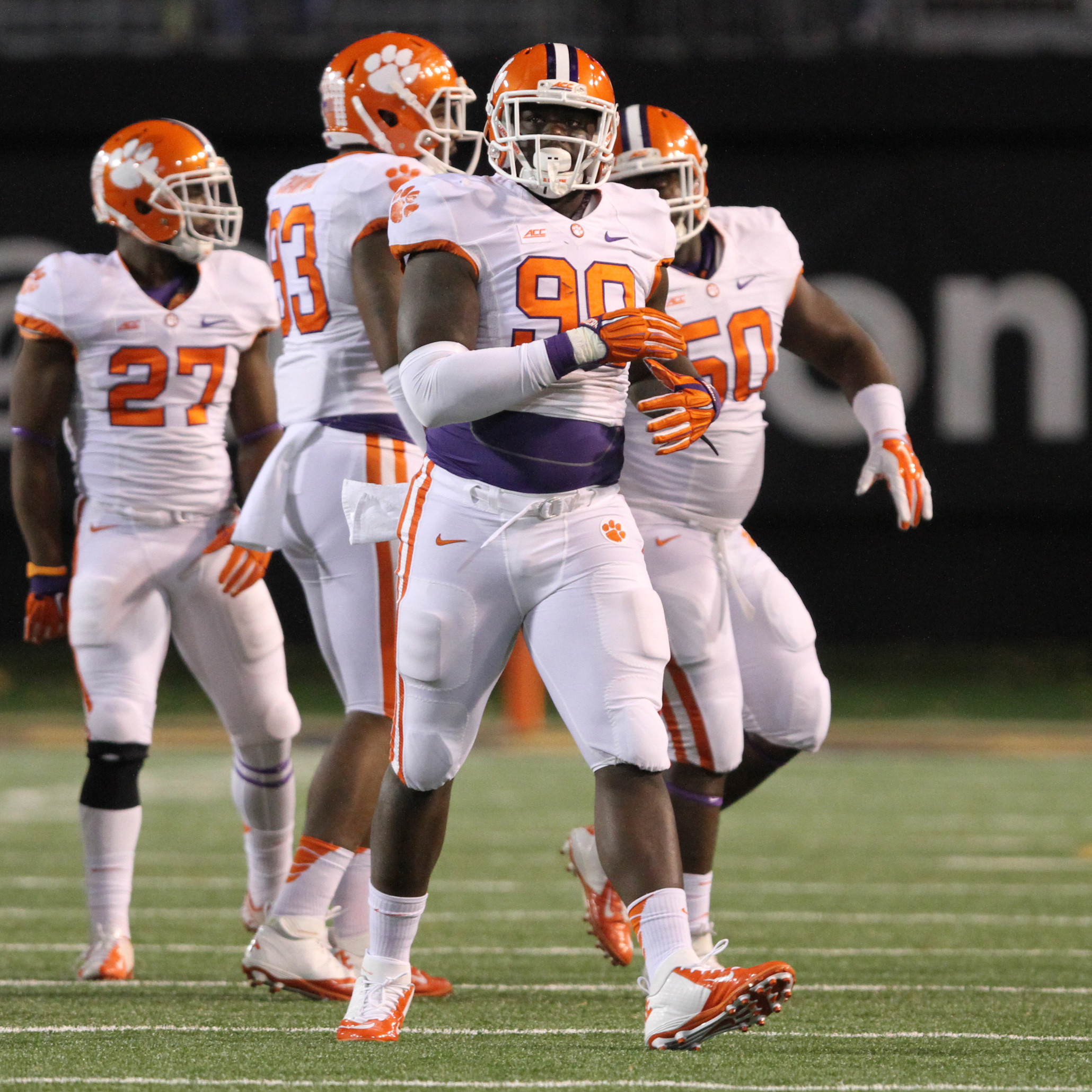 In His Words: Shaq Lawson

Heading into next week’s opener against Wofford, the Tigers must replace its entire starting defensive front from a unit that led all of college football in total defense last season. One of the key replacements in the starting lineup is Shaq Lawson, who compiled double digit tackles for loss each of his first two seasons as a backup defensive end. We caught up with the Clemson native, to discuss his thoughts as the opener quickly approaches.

Q: What are you most looking forward to this season?

LAWSON: I’m ready to just get on the field with my brothers and push for the College Football Playoff; I look forward to that. I can’t wait to run down the Hill again, nothing beats running down the Hill.

Q: What amount of pressure is put on you and the rest of the defense this year after losing such key players like Vic Beasley and Grady Jarrett this season?

LAWSON: We really don’t have much pressure on us, because they were great players. But we bring something different than what they brought. We also played in a lot of the games with them last season, so we are prepared. You just have to get better every day as a defense as a whole.

Q: How is this year’s defense different than previous years?

LAWSON: I think our D-Line this year actually weighs more than last year’s line. D.J. (Reader) stuffs the middle like Grady Jarrett did, and I can rush the passer like Vic (Beasley), so I don’t see too much different now from years past.

Q: What kind of legacy do you hope to leave behind at Clemson?

Q: What is the biggest trash talk battle you have ever seen happen on the line?

LAWSON: Aw, I don’t really trash talk like that. I like to sit there and smile at them; I like to smile at people. I would have to say Florida State my freshmen year, we talked a bit back and forth with them, so that was kind of fun.

Q: What is your current confidence level in this year’s defensive line?

LAWSON: Oh, I am very confident. I feel like we can repeat as the No. 1 defense in the nation again. I feel that we have all of the tools to be great. I feel that this team could be pushing toward a national championship level.

Q: What is one thing fans should look for on defense this year, and who are some key players to watch?

LAWSON: We are going to bring intensity; we are going to give 110% every time we are on the field. When the fans come to Death Valley, make sure to have it rocking because we are going to need them on our side this year. Two players to watch would be Mackensie Alexander and Jayron Kearse. Mackensie is a technical guy, he is a lockdown corner and Jayron is playmaker, when the game is on the line you know he is going to make a play for you.

Q: What is your favorite part about being a student-athlete at Clemson?

LAWSON: Clemson has such a great family atmosphere, everybody around here knows each other and everybody gets along around here. We also have a great president in Mr. (Jim) Clements; I love Mr. Clements.